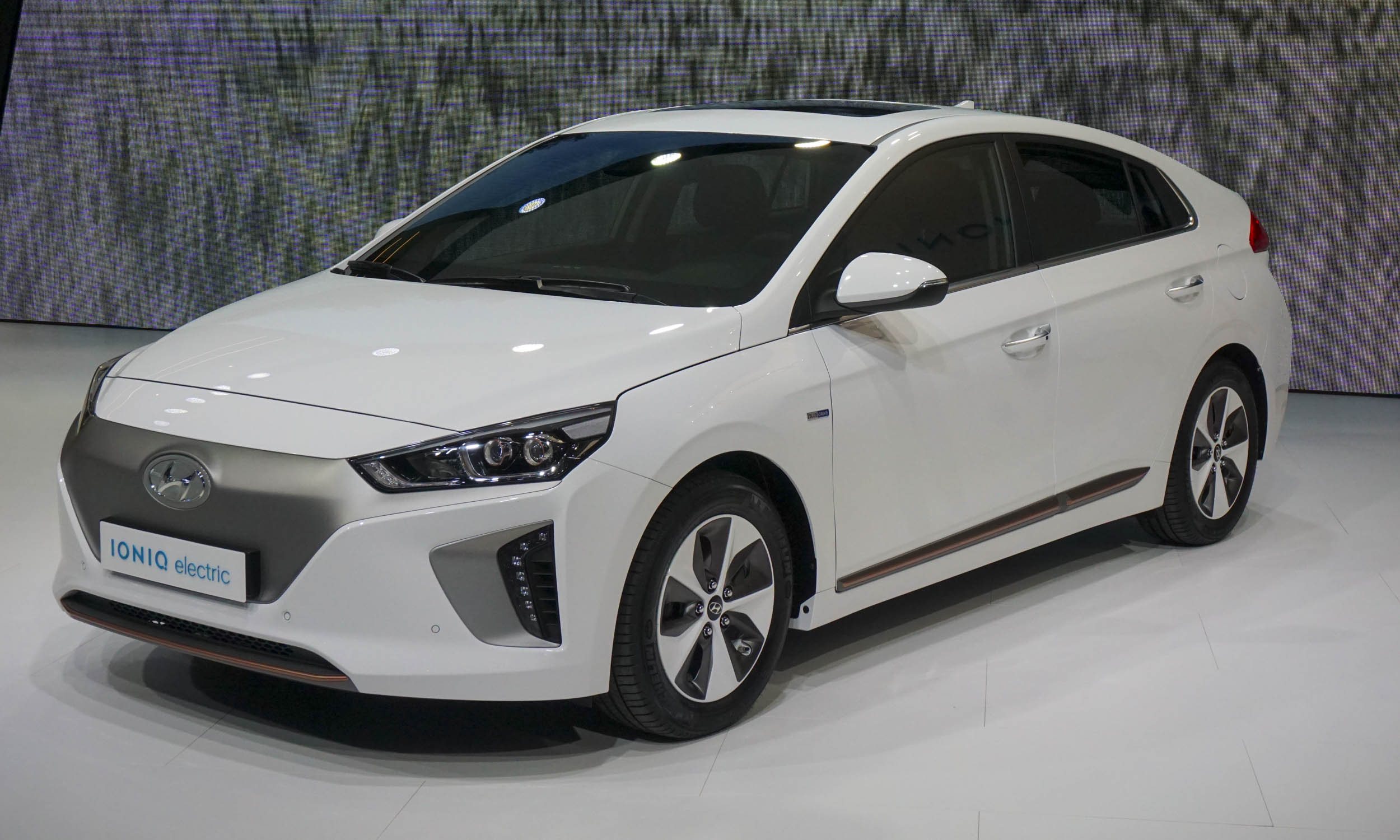 Electric Three Ways
Hyundai knows that a pure electric car is not for everyone, so the Korean automaker is introducing an all-new model that will be available with three different electrified platforms. The IONIQ will be sold as the IONIQ Hybrid, IONIQ Plug-in Hybrid and the IONIQ Electric. Hyundai claims that this is the first car in the world to be offered with three electric powertrains. 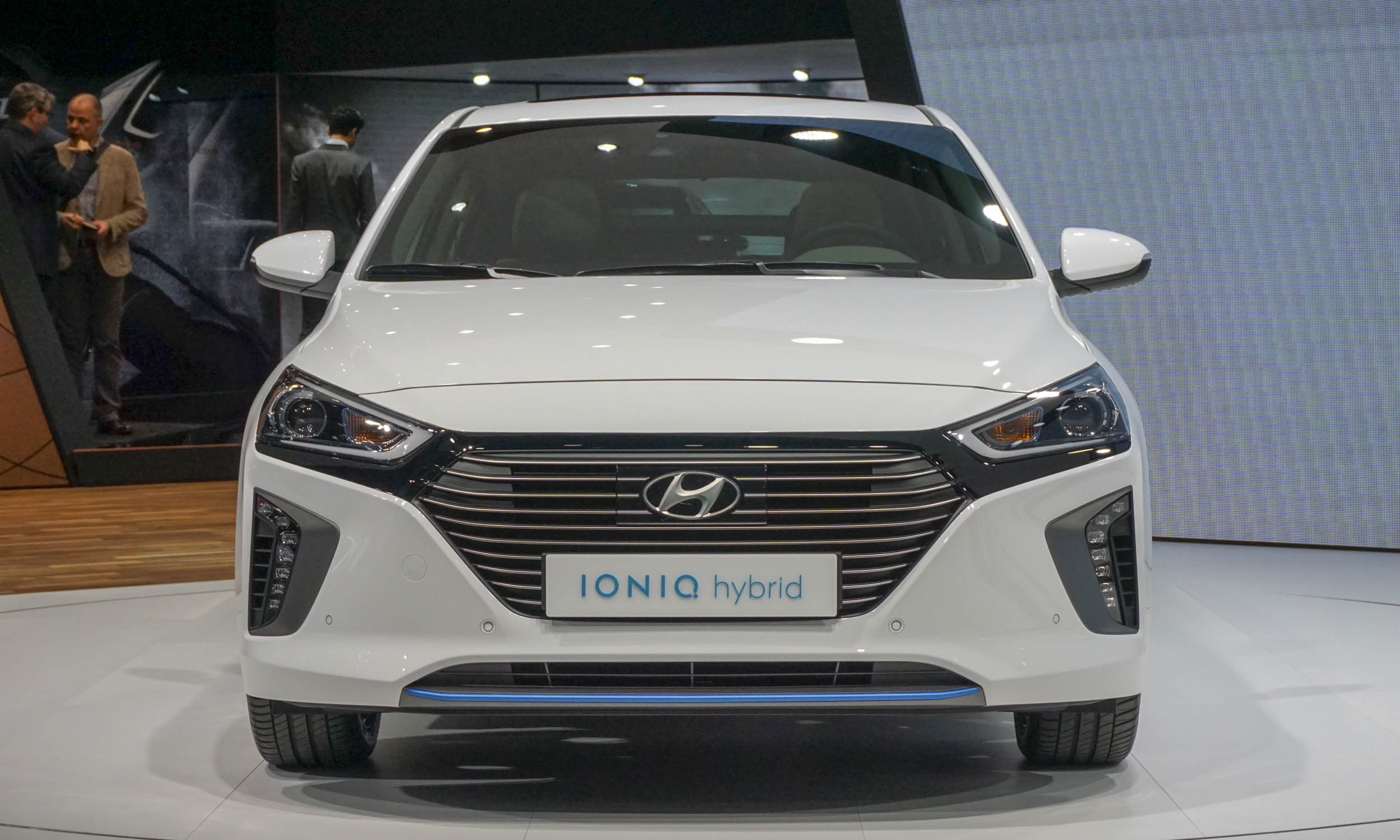 IONIQ Hybrid
Even though Hyundai does offer a hybrid in their current lineup — the Sonata — the IONIQ will be the first they’ve offered that was originally designed for a hybrid powertrain. Both the hybrid and plug-in hybrid will utilize a new 1.6-liter direct-injection 4-cylinder engine that produces just over 100 horsepower. With the addition of the electric motor, total output is around 140 horsepower. 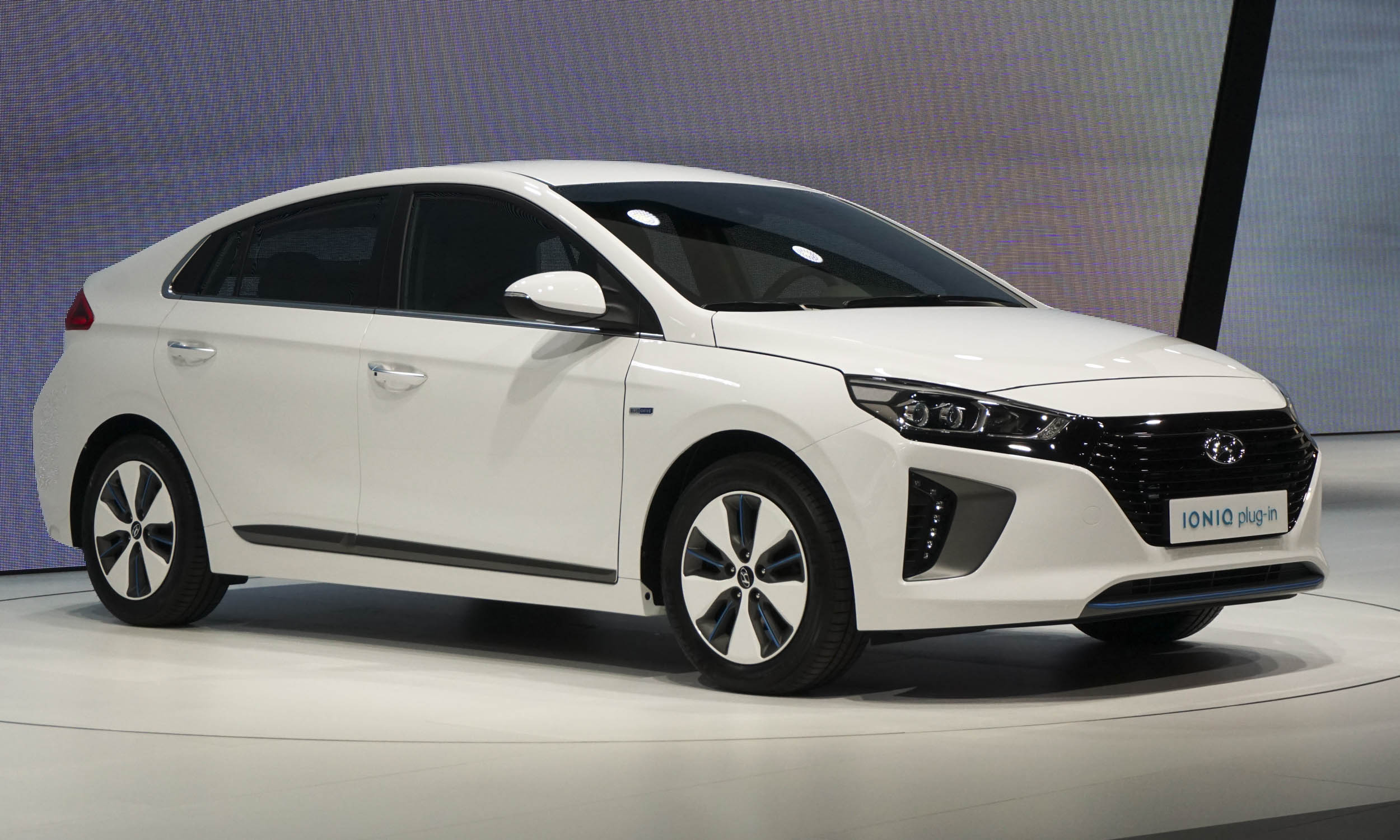 IONIQ Plug-In Hybrid
The IONIQ plug-in is equipped with a large lithium-ion-polymer battery pack that provides a range of 31 miles on electric-power only when fully charged. Given that this is a rather common commute distance in the U.S., the plug-in could operate as a pure electric car for much of its use. The electric motor puts out just over 60 horsepower in the plug-in. 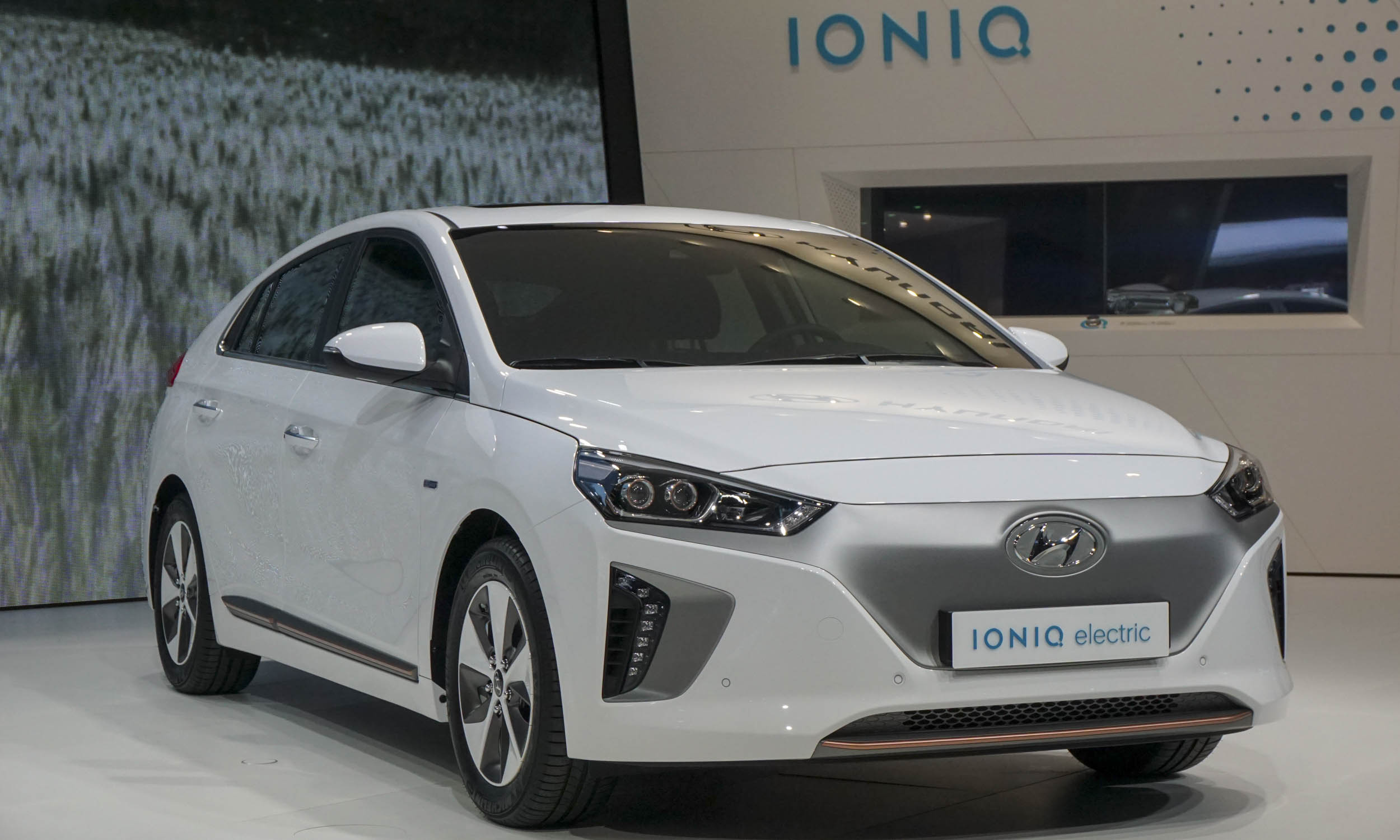 IONIQ Electric
With its 28 kWh battery pack, the IONIQ Electric provides great performance and range. Hyundai claims the IONIQ Electric can travel around 155 miles between charges. Using a 100 kW fast charger, the IONIQ can be brought up to 80 percent charge in about 24 minutes. With 217 lb-ft of instant torque on tap, the IONIQ should feel quite spritely when accelerating to its top speed of around 100 mph. 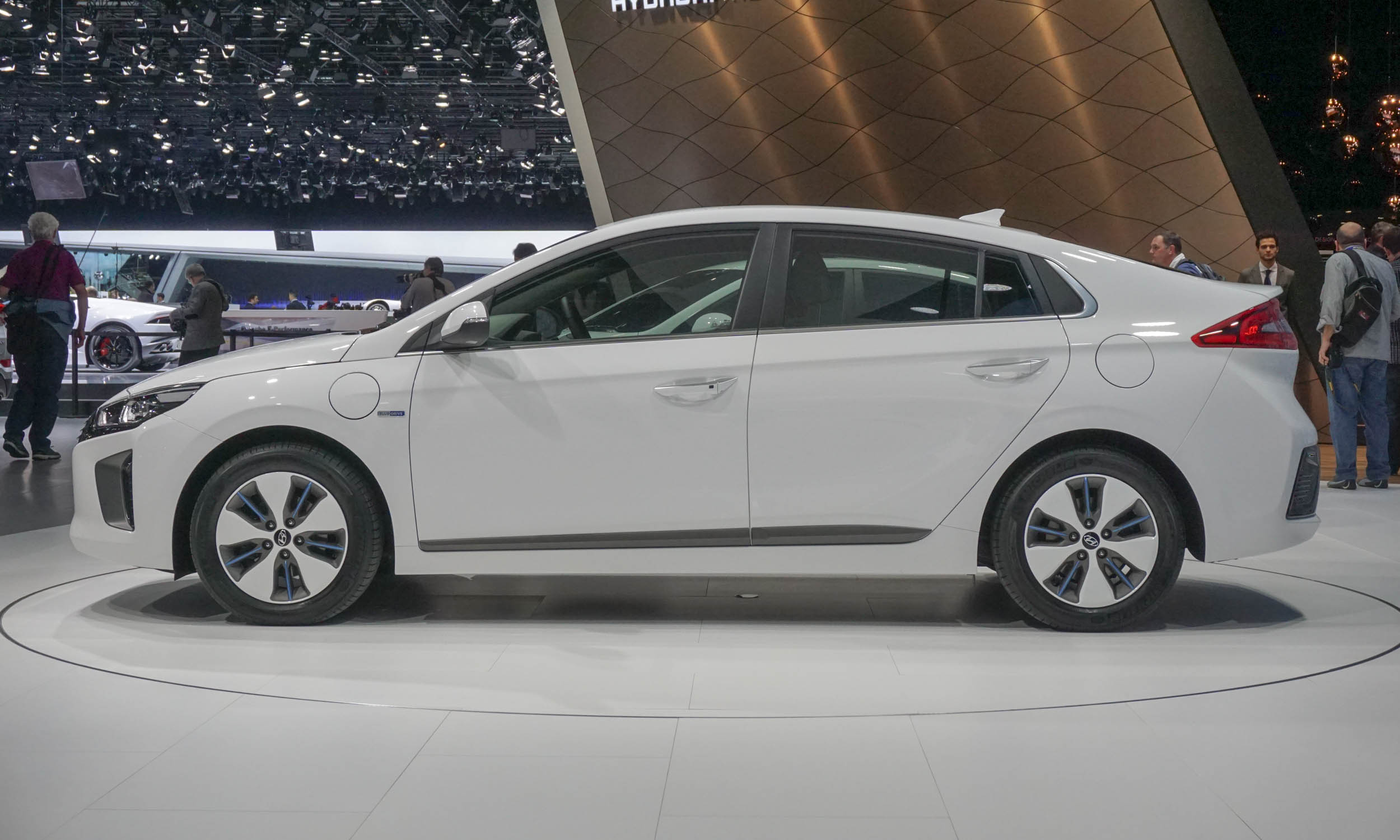 No CVT
Unlike many hybrids on the market, the IONIQ hybrid and plug-in will make use of a 6-speed double-clutch transmission, providing smooth shifts and a more dynamic driving experience. 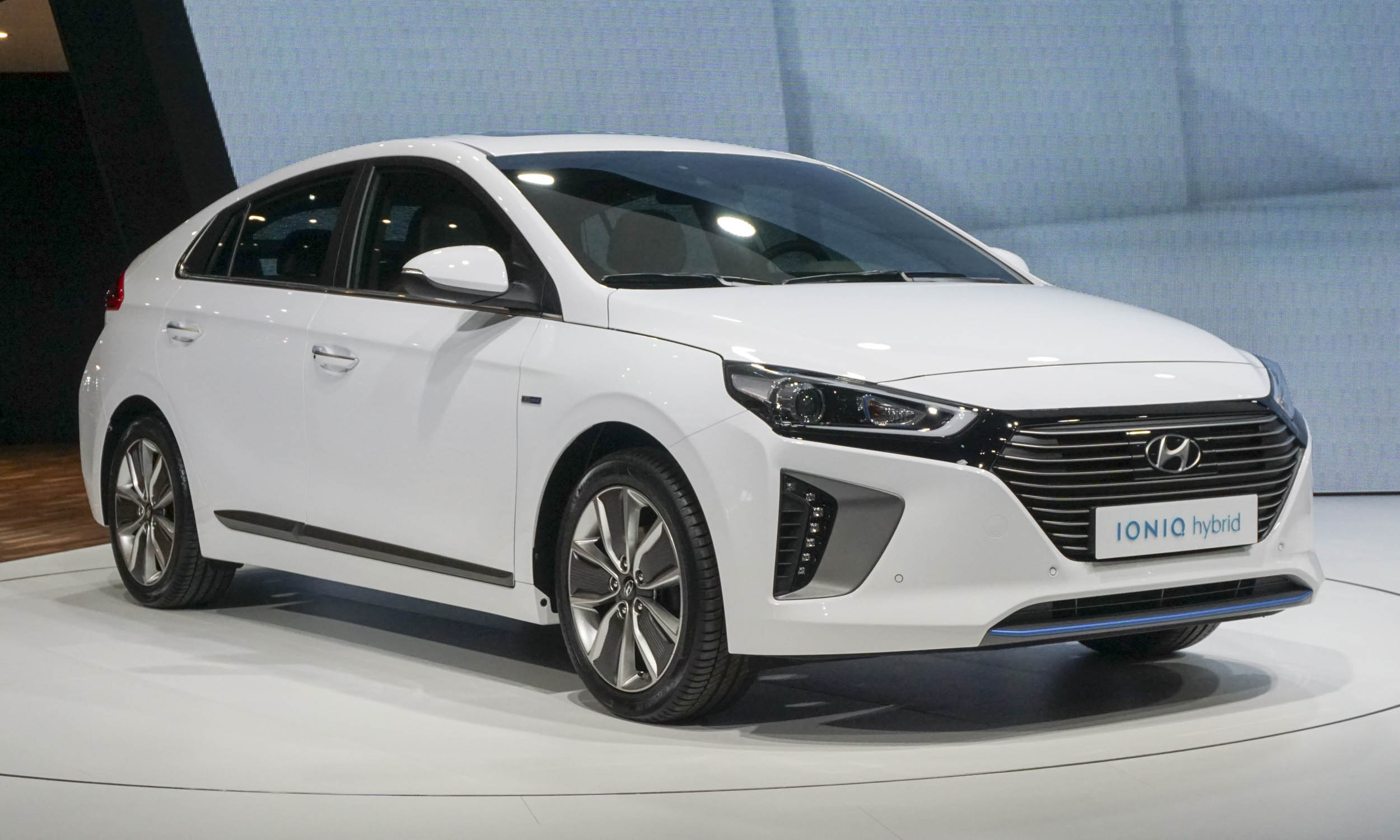 Slippery and Stylish
The new IONIQ was designed with a very low 0.24 coefficient of friction, making the stylish 4-door sedan quite efficient. All models feature the traditional hexagonal grille and feature vertical LED running lights similar to the new 2017 Elantra. 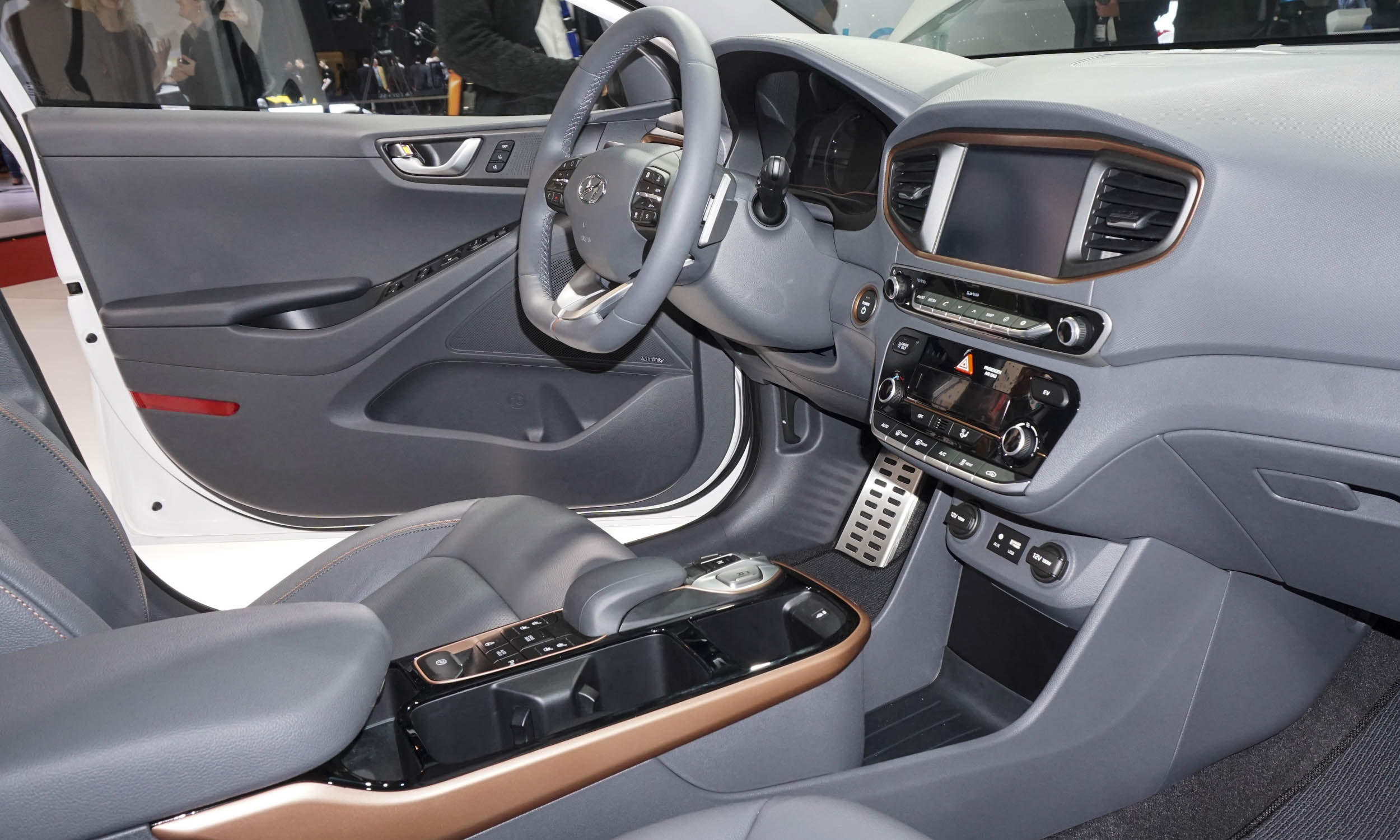 Blue and Copper
Hybrid models feature blue accents, while the IONIQ Electric makes use of copper-colored trim. The respective color accents are carried throughout the interiors as well. The Electric also features a cleaner, smoother grille since it doesn’t have a gas engine under the hood and the requisite radiator cooling. 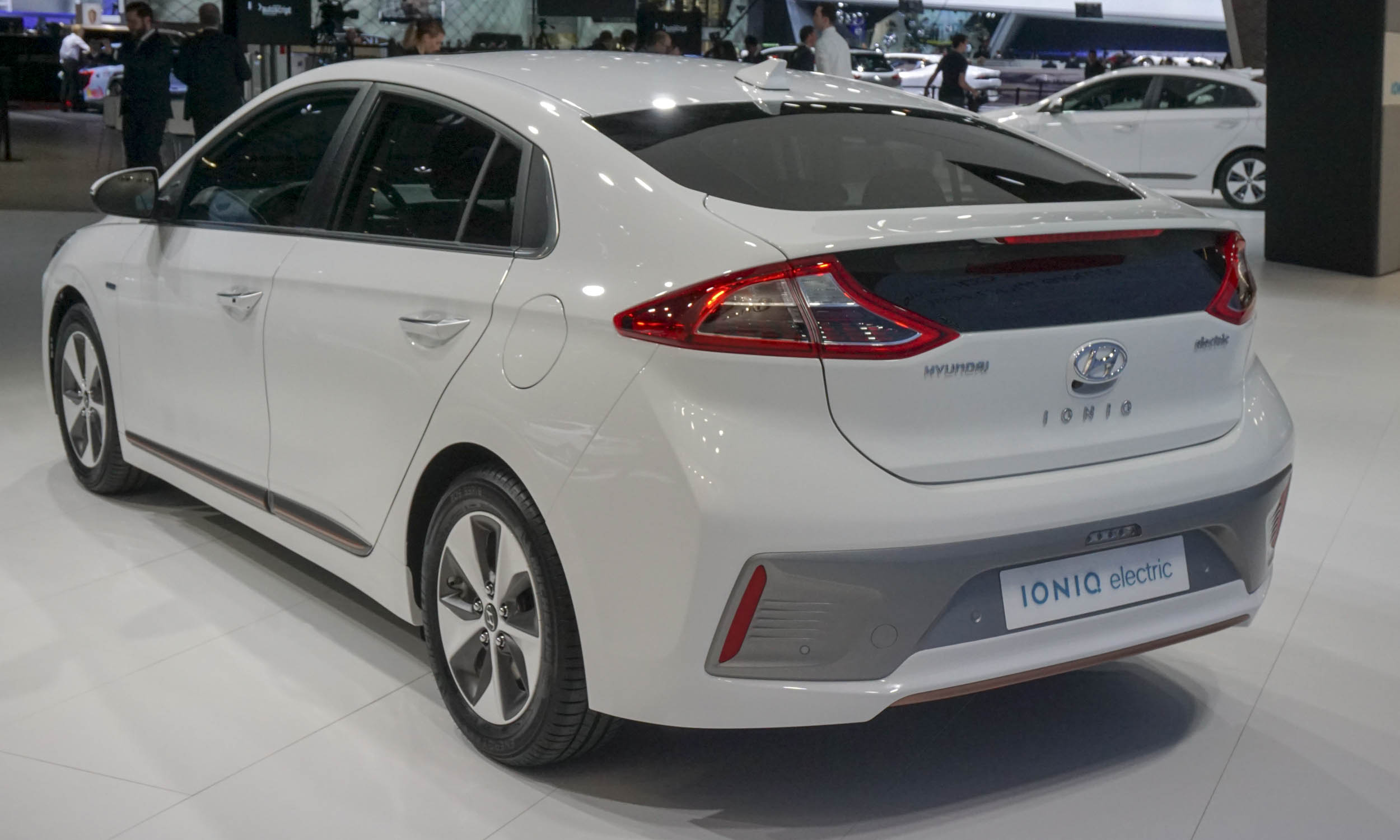 High-Tech Safety Features
As we would expect, the IONIQ is equipped with a long list of advanced safety features. These include Blind Spot Detection, Lane Change Assist, Rear Cross-Traffic Alert, Lane Departure Warning and Lane Keeping Assist. Automatic emergency braking is also a standout feature, able to detect vehicles or pedestrians that may be in the car’s path. 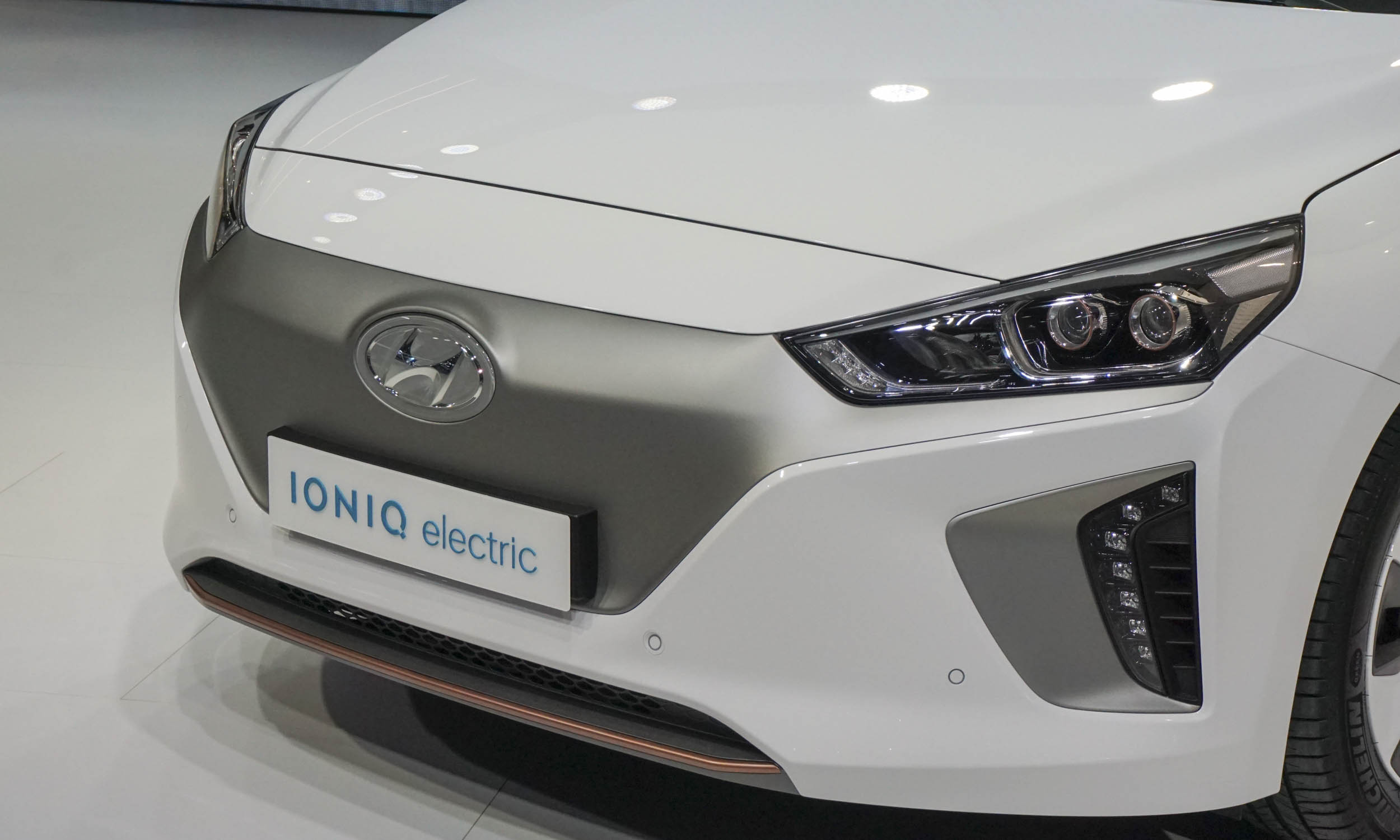 Coming Soon
We expect to see the Hyundai IONIQ Electric and IONIQ Hybrid arriving in America later this year. The IONIQ Plug-in will follow soon after.