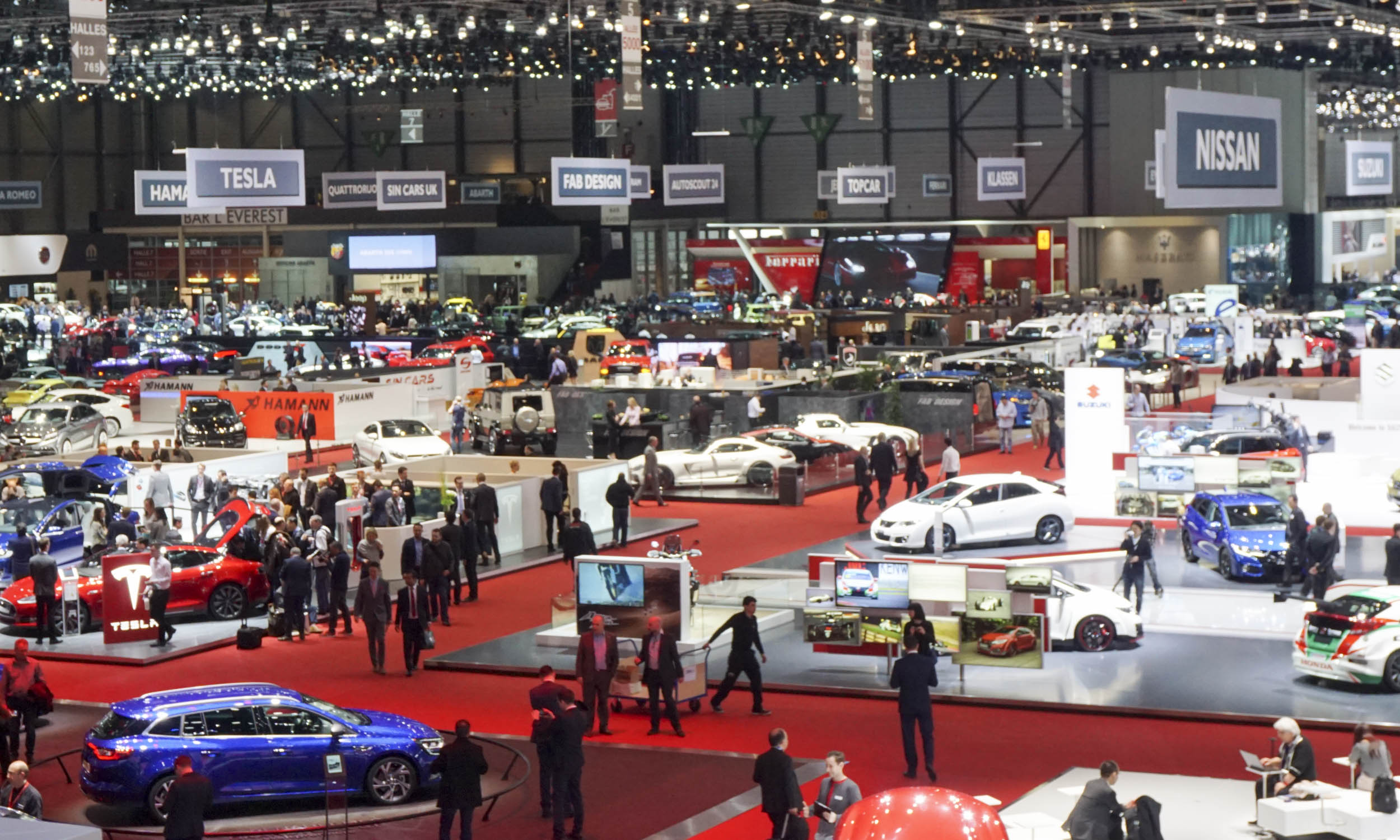 Swiss Timing
We’ve attended press preview days at the Geneva Motor Show for many years, and by all accounts 2016 was one of the best shows ever. With more than 30 all-new vehicles making their world debuts and countless other unique, exotic and surprising models on display, it’s no wonder that Geneva remains one of our favorite international auto shows. Even with all the amazing eye candy, there are still a few vehicles that bubble to the top. Here we present the ACE editors’ top picks from the 2016 Geneva Motor Show. 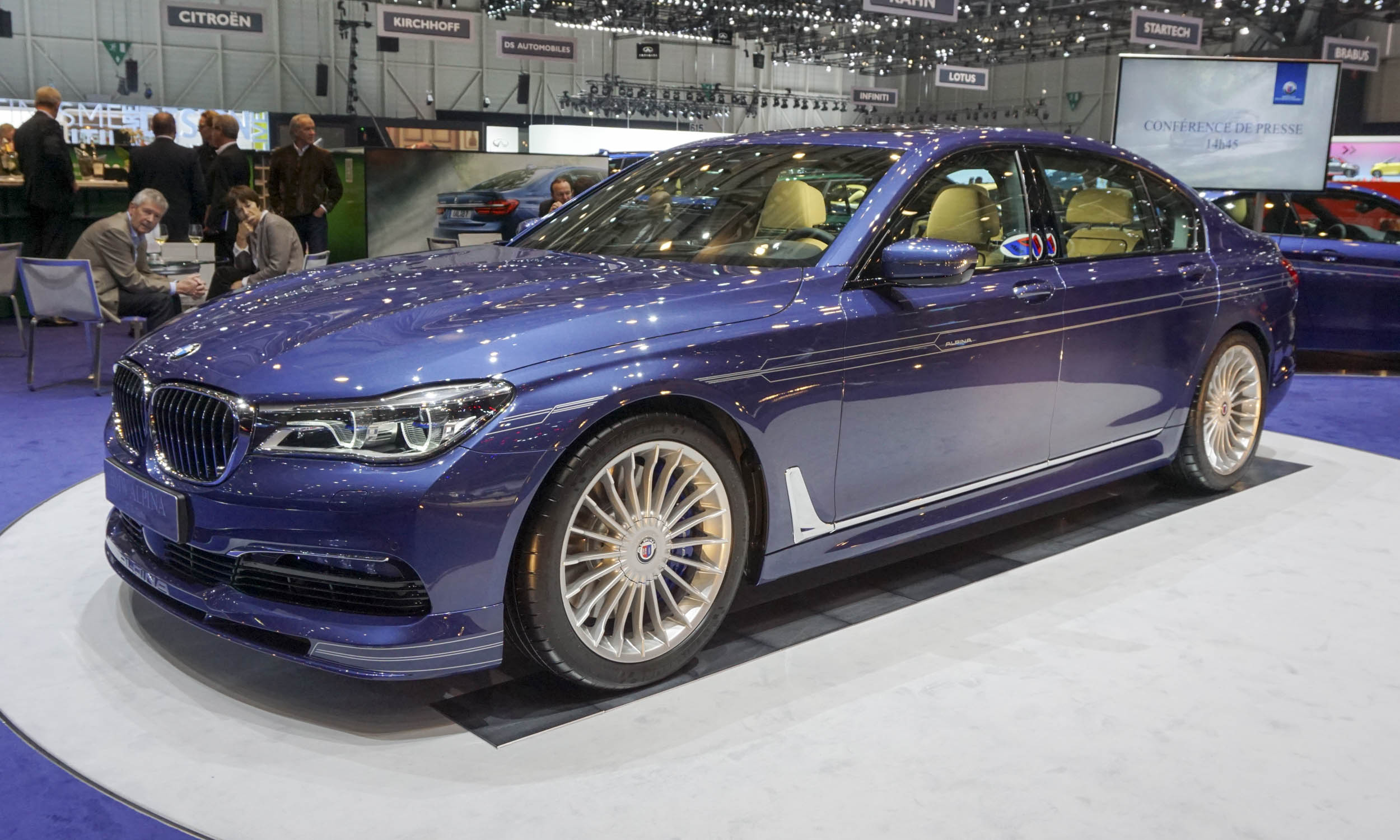 BMW ALPINA B7 Bi-Turbo
Chosen by Mike Meredith
When you need a large luxury sedan but you really want to drive a sports car, nothing does dual duty better than the BMW ALPINA B7 Bi-Turbo, the latest high-performance sedan from ALPINA based on the new BMW 7 Series. A 600-horsepower twin-turbocharged 4.4-liter V8 engine delivers power through BMW’s xDrive all-wheel-drive system. The ALPINA B7 will accelerate from zero to 60 mph in 3.6 seconds with a top track speed of 193 mph. Featuring advanced suspension and chassis technology with ALPINA calibration and Integral Active Steering, the driver can use the ALPINA B7 Driving Dynamics Control to choose between comfort or performance modes, including Driving Dynamics Control for maximum performance. 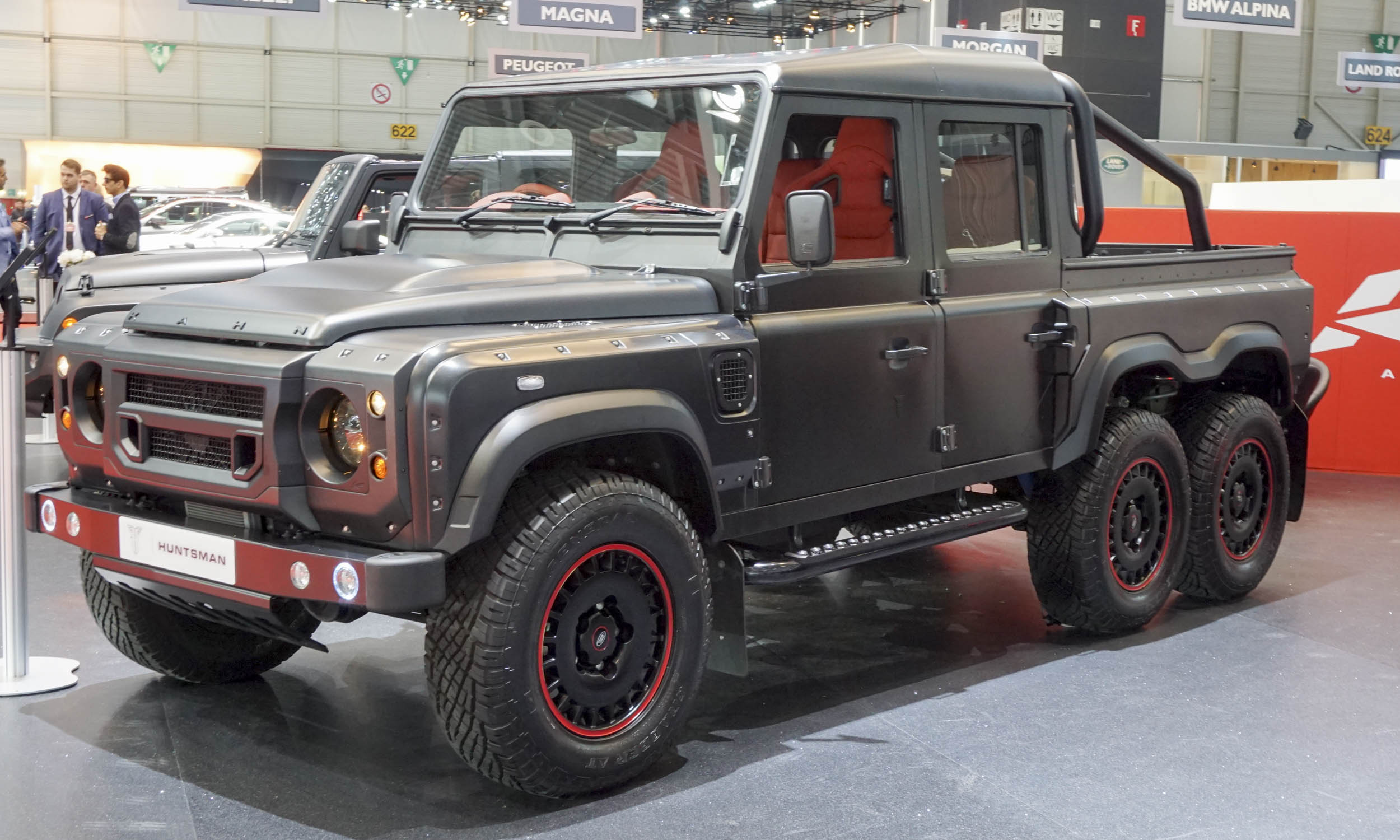 Kahn Flying Huntsman 110 6×6 Double Cab Pickup
Chosen by Perry Stern
There aren’t many trucks on display at the Geneva show, but this one certainly grabbed my attention and it’s easy to see why. The Flying Huntsman offers bold styling, big tires and the most obvious feature — 6-wheel drive. This 6X6 looks as if it could go anywhere and will certainly turn heads everywhere. The luxurious interior with red Nappa leather trim and the single-spoke steering wheel complete the experience. 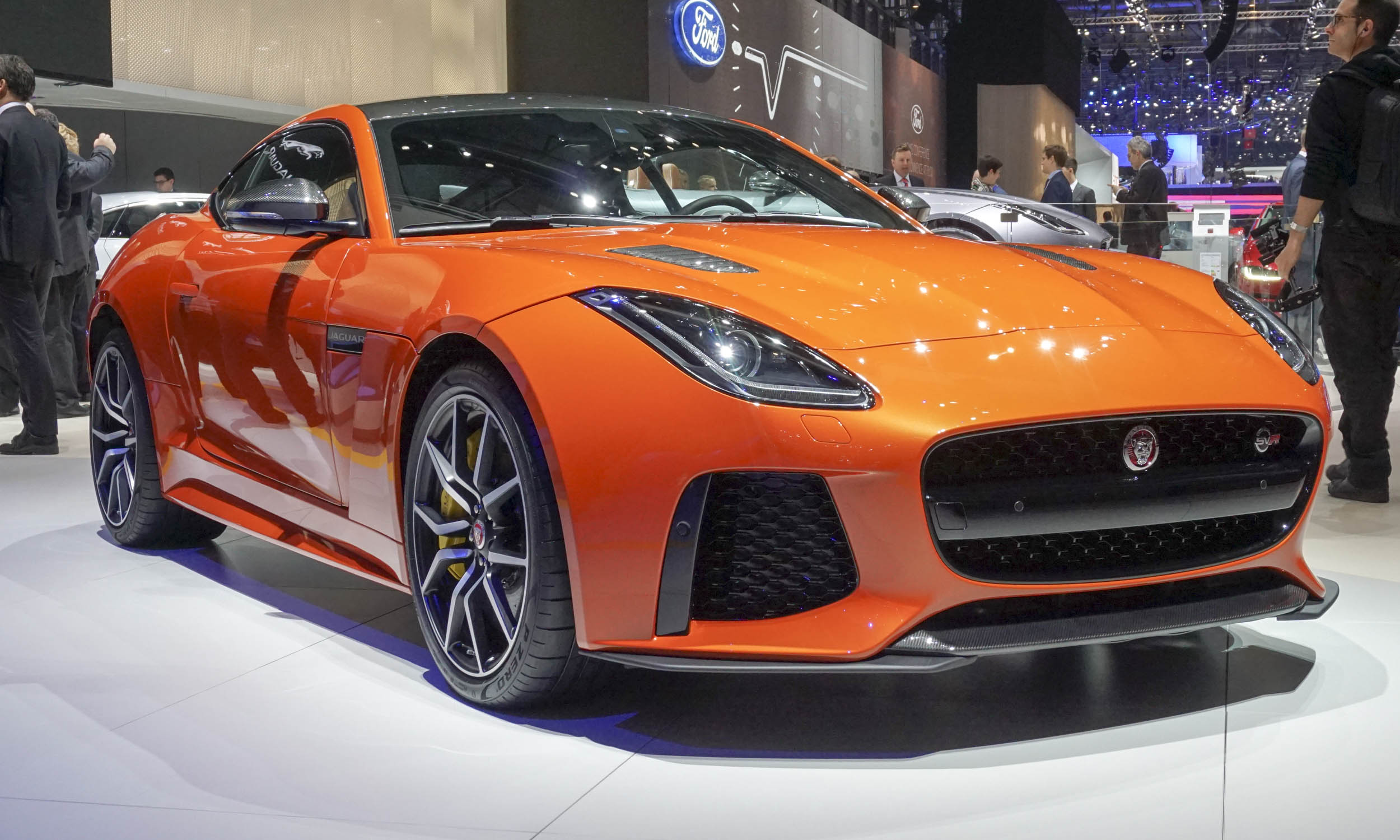 Jaguar F-TYPE SVR
Chosen by Mike Meredith
The Jaguar F-TYPE is already one of the best looking designs on the road, in either coupe or convertible form, with powerful drivetrains making it one of the most entertaining cars to drive. Lighter, quicker and faster than the already-potent F-TYPE R, the F-TYPE SVR is powered by a 575-horsepower supercharged 5.0-liter V8 and accelerates from zero to 60 mph in 3.5 seconds with a top track speed of 200 miles per hour for the coupe. The performance and aerodynamic upgrades look great, and the SVR is available as both coupe and convertible. What’s not to like? 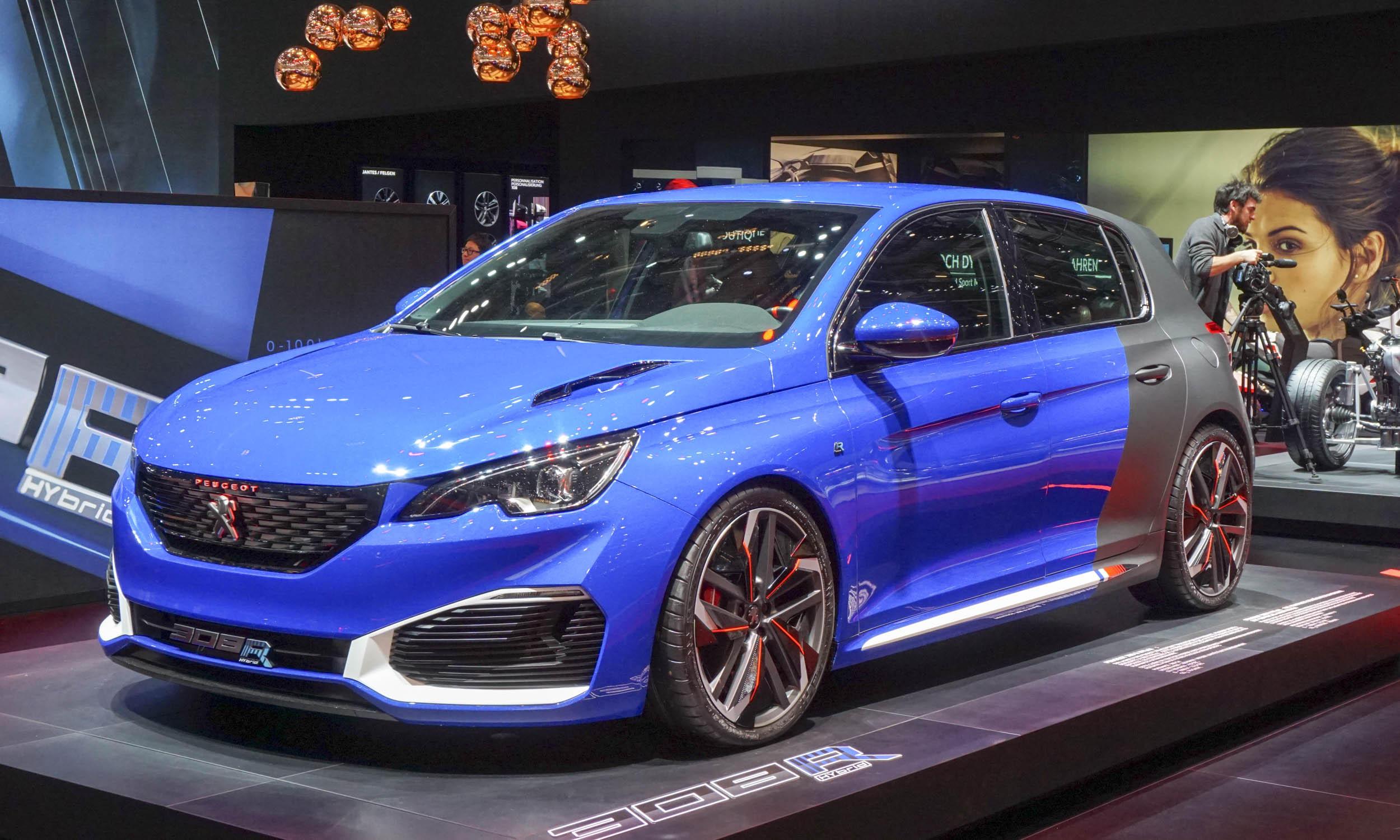 Peugeot 308R
Chosen by Perry Stern
Some cars just look like they’d be fun to drive — the 308R is one of those cars. Turns out the performance specs back up that sporty styling and — surprise — it’s a hybrid. But this isn’t your typical fuel-sipping hybrid. The 308R uses a turbocharged 1.6-liter engine teamed with an electric motor at each axle for a total of 500 horsepower. The front electric motors add power when changing gears to eliminate any turbo lag. Would definitely enjoy taking this one back home across the pond. 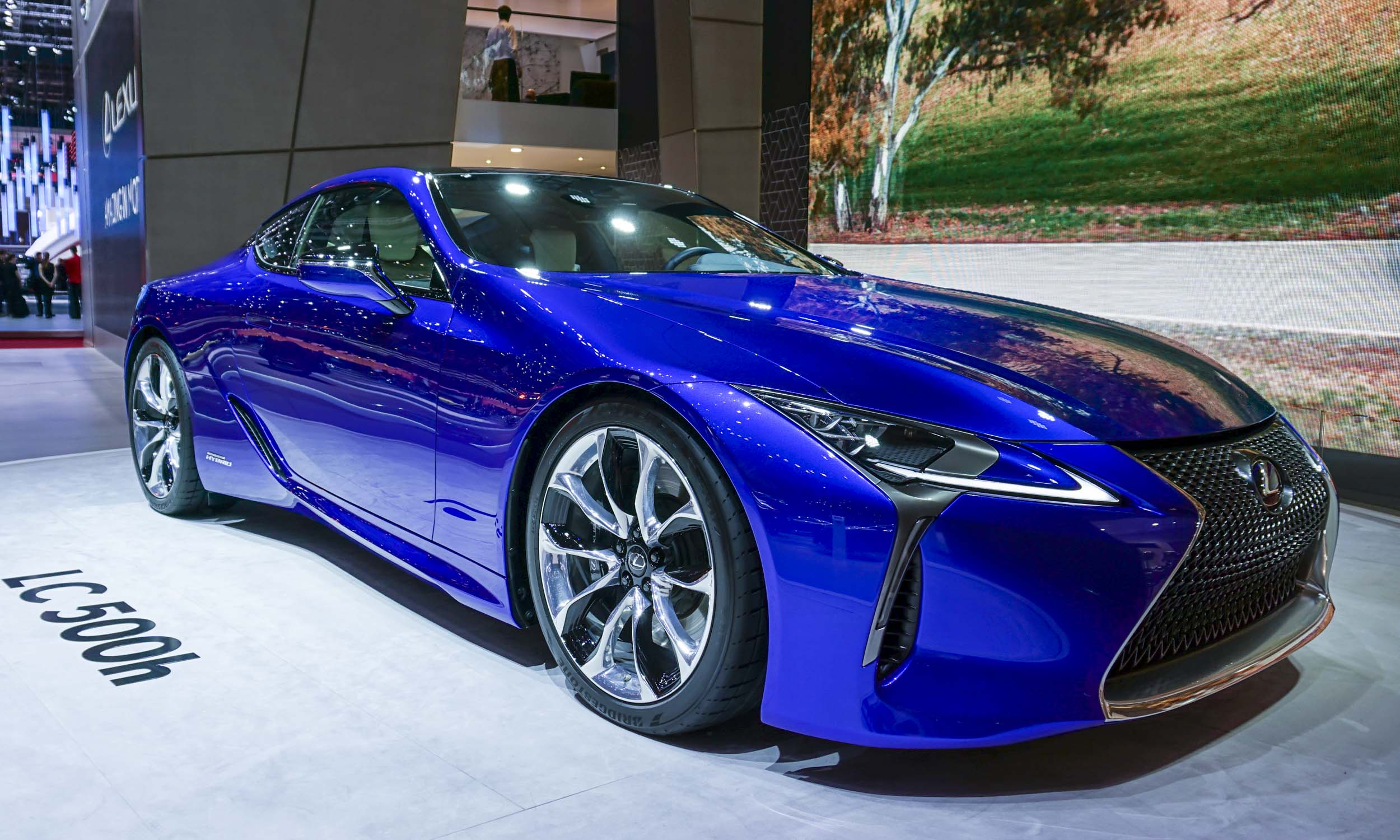 Lexus LC 500h
Chosen by Mike Meredith
The aggressive, dynamic design of the Lexus LC 500 flagship coupe stays true to the LF-LC Concept that preceded it and promises a sporty, fun driving experience. Beginning with the IS-F and followed by other F Sport models, Lexus has shown they can produce cars with an engaging driving experience for enthusiast drivers. Powered by the new Multi Stage Hybrid system that combines a full-electric hybrid system with a 4-speed gearbox behind the hybrid transmission, if the LC 500h is more direct and responsive while balancing the delivery of power with fuel consumption, this hot looking coupe should be a real winner. 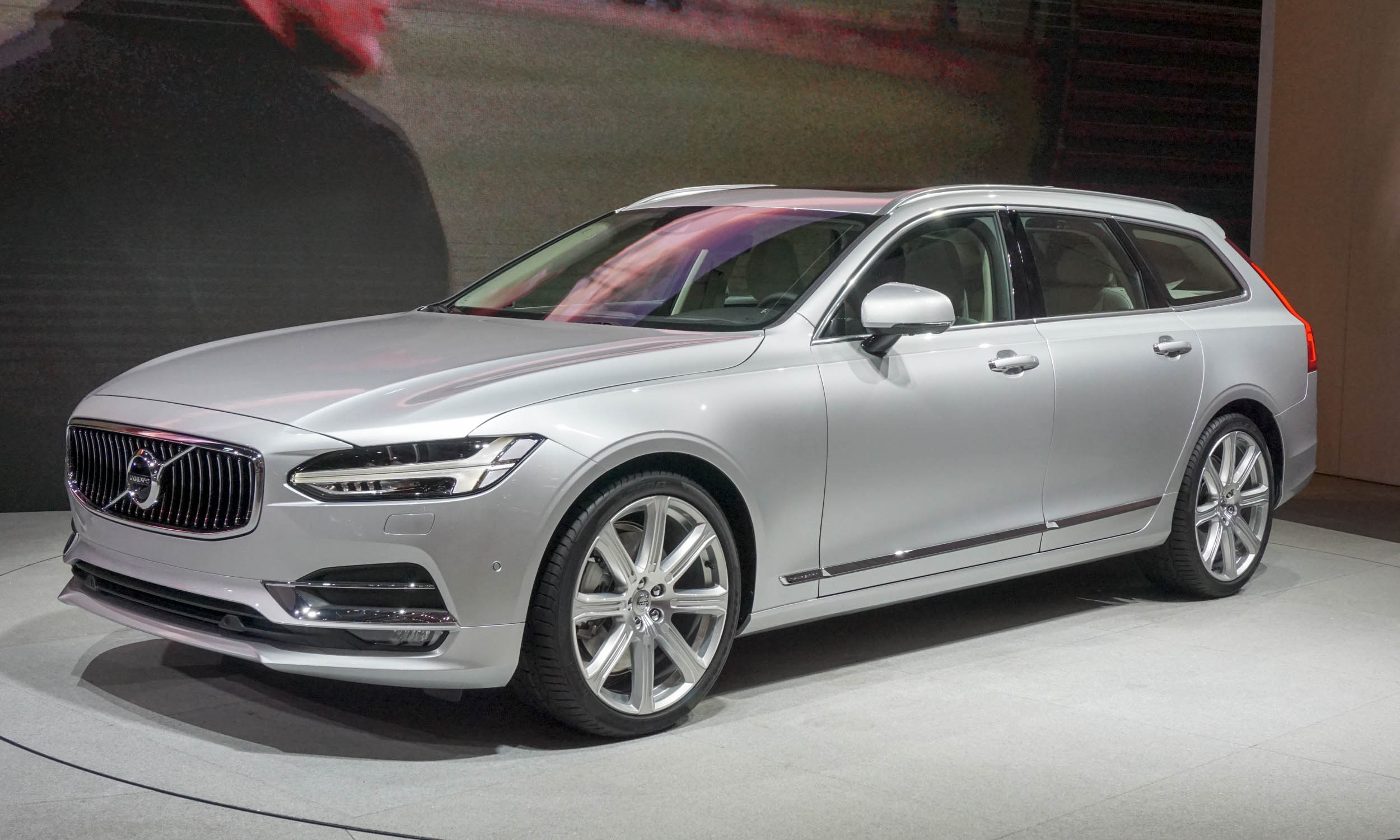 Volvo V90
Chosen by Perry Stern
This car doesn’t offer bold styling or exotic performance, but I’m a sucker for wagons and this is one of the nicest wagons you’ll find. Seats in the all-new V90 are among the most comfortable on the market and the interior is quite luxurious. With a roomy back seat, a slew of high-tech features, a very large display screen, plenty of cargo space and available all-wheel drive, this is one stylish and versatile way to get around. 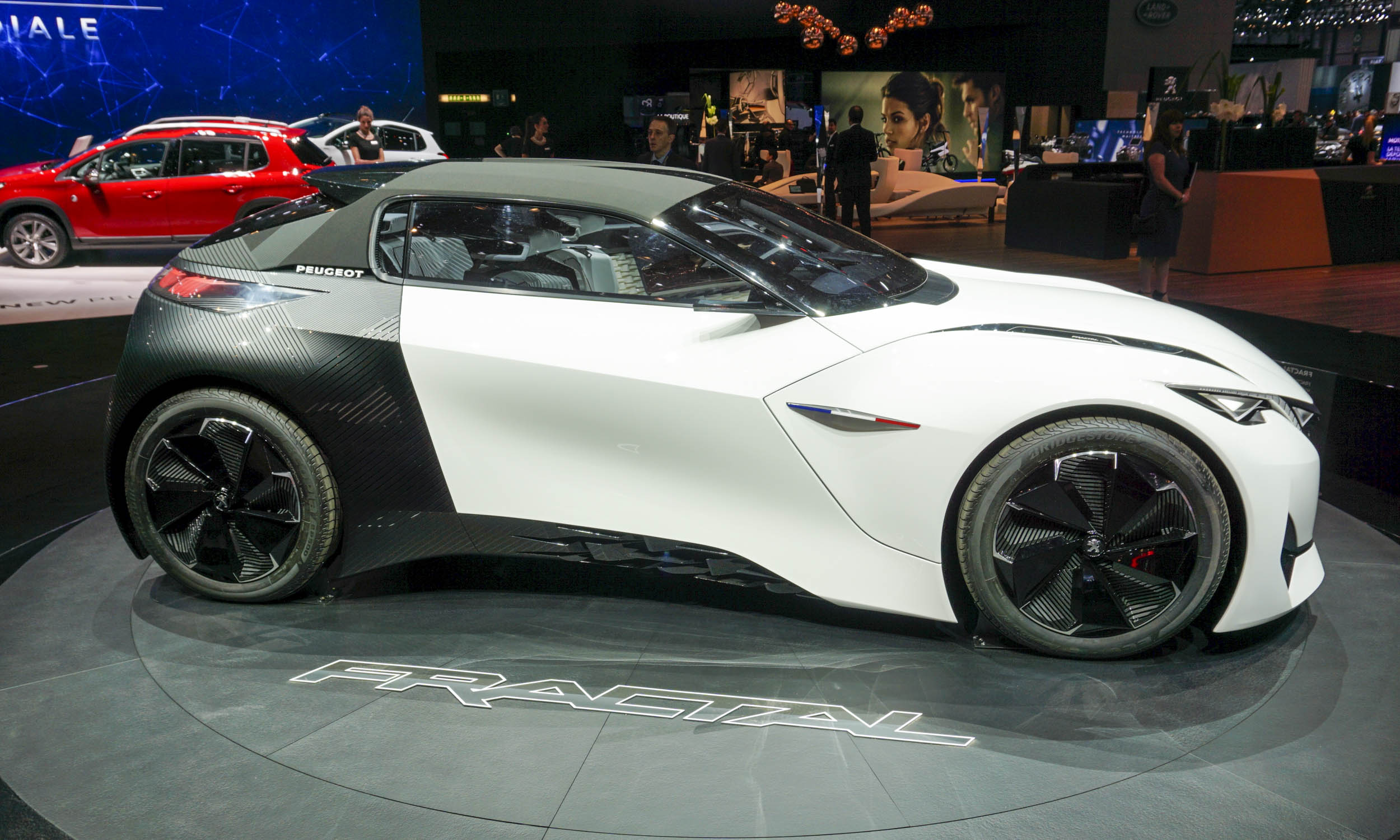 Peugeot Fractal
Chosen by Mike Meredith
A fun dimension of major international auto shows are the extreme concept cars that push the boundaries of imagination and explore new frontiers of technology. One of the most interesting cars at Geneva this year was the Peugeot Fractal, a small 2-seat urban electric coupe that explores the design of the Peugeot i-Cockpit and makes use of hearing to enrich the driving experience. The design contrasts stark white with black matte, and the roof is removable to convert the car to a cabriolet. The i-Cockpit design focuses on acoustics to enrich the driving experience with auditory information. The fully-electric drivetrain develops 204 horsepower and has a range of 280 miles. 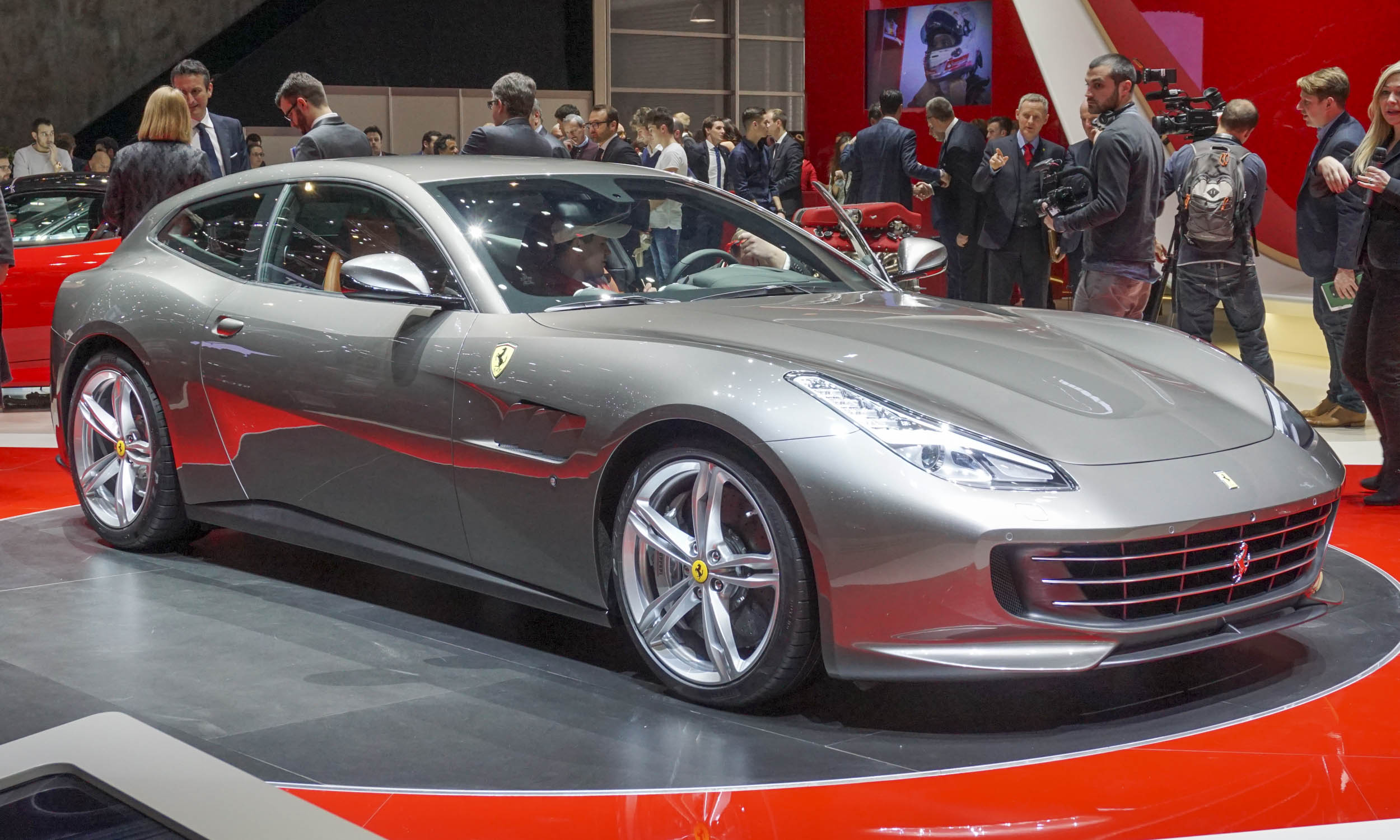 Ferrari GTC4Lusso
Chosen by Perry Stern
It may not be the sexiest-looking Ferrari, but looks aren’t everything. When I see the GTC4Lusso, I see an ultra-luxury 680-horsepower V12 rally car. With room for the family and a versatile hatchback design, the GTC4Lusso makes the perfect high-powered daily driver. And with a high-tech all-wheel-drive system, this isn’t a Ferrari you have to put away for the winter. Put on a set of winter tires and snowy roads become your happy place. 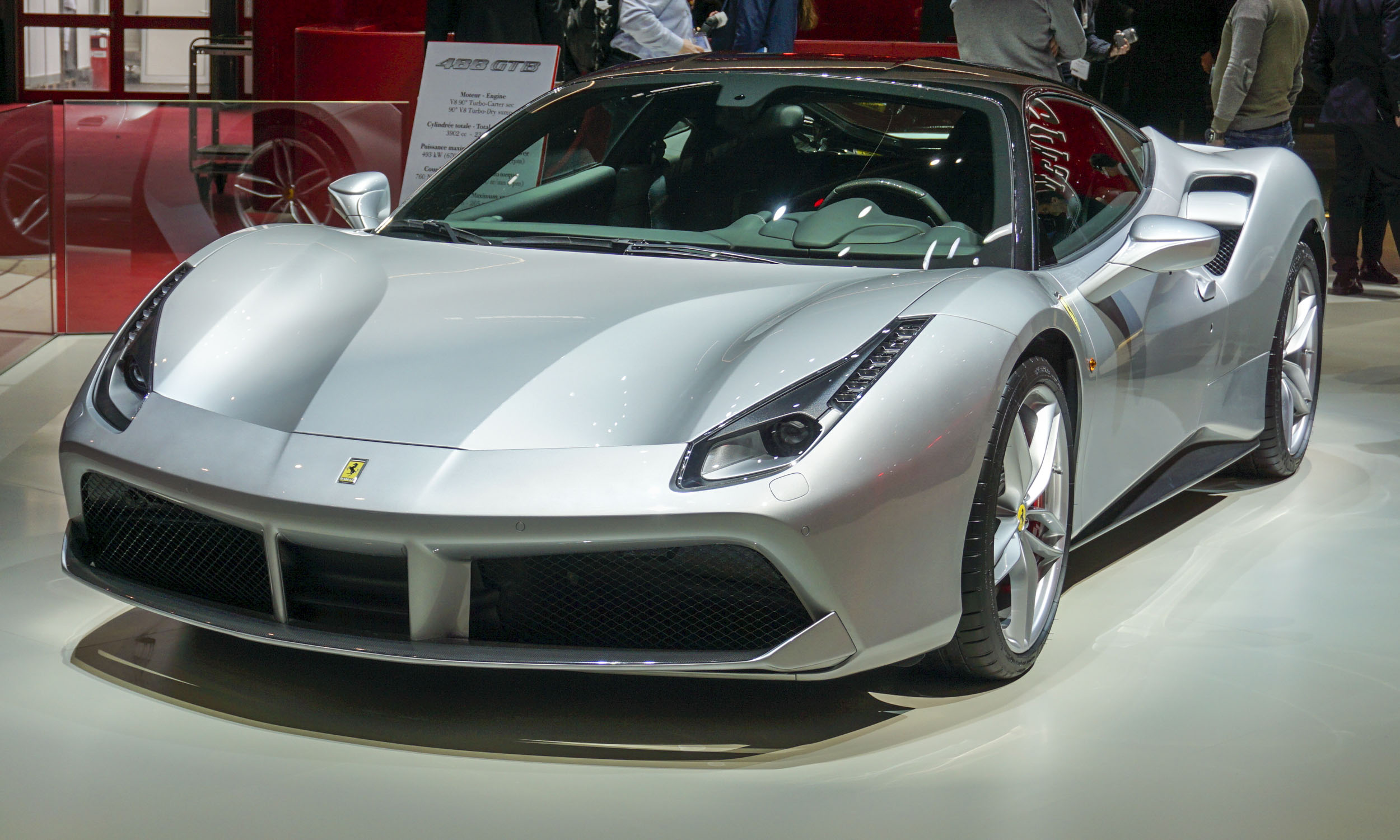 Ferrari 488 GTB
Chosen by Mike Meredith
Even though it debuted a year ago at the 2015 Geneva Motor Show and sits next to the new GTC4Lusso, the Ferrari 488 GTB is still one of my favorites on this year’s show floor. A direct descendant from the first mid-engine, V8-powered Ferrari 308 GTB that debuted more than 40 years ago, the 488 GTB executes on that simple formula to the extreme. Powered by a turbocharged 3.9-liter V8 that puts out 660 horsepower and 560 lb-ft of torque at just 3000 rpm, the 488 GTB will accelerate from zero to 60 mph in less than three seconds and reach 125 mph in just over 8 seconds on its way to a top track speed of 205 mph. The design is aggressive but extremely clean and still stands out in a show packed with supercars. 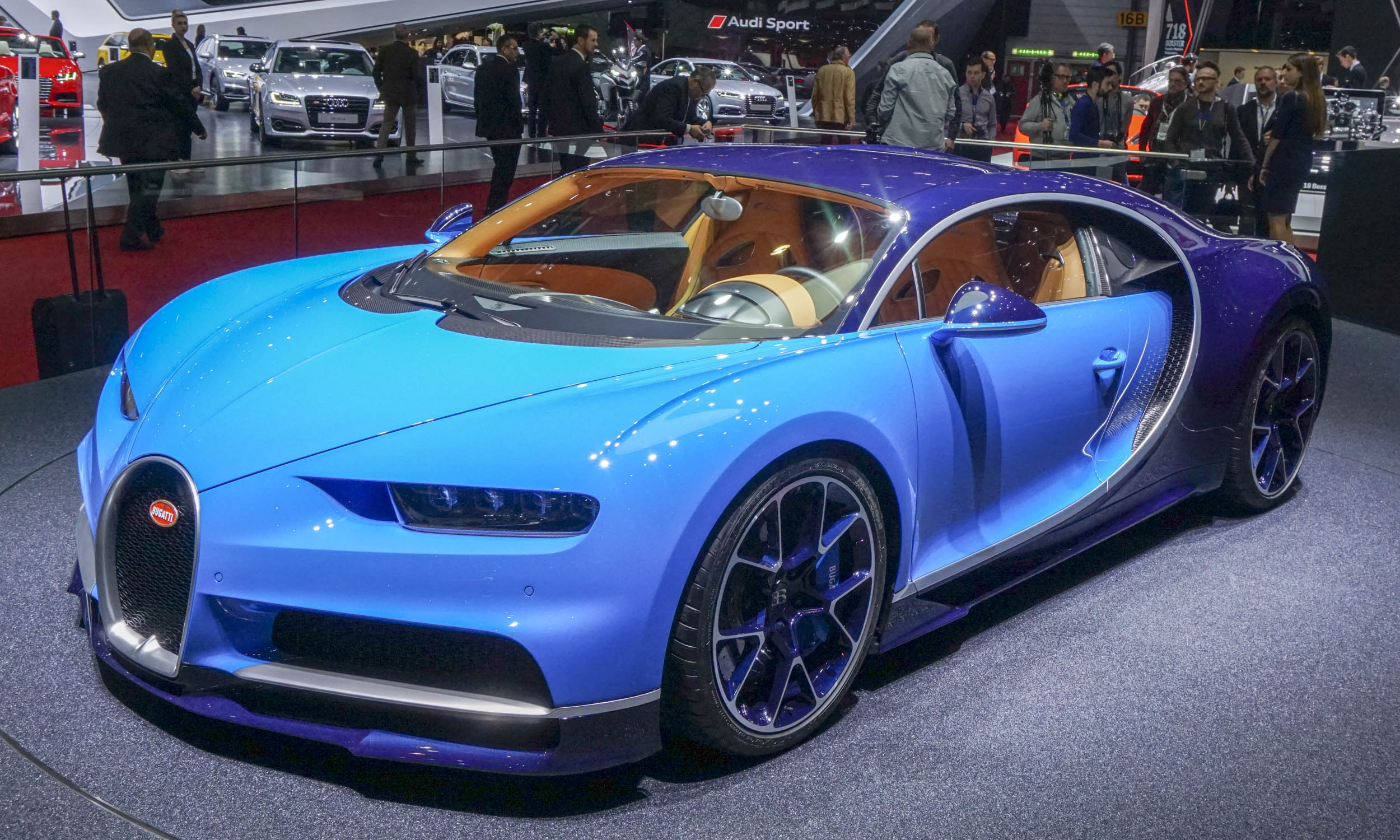 Bugatti Chiron
Chosen by Perry Stern
When I was trying to pick my favorite cars of this year’s Geneva show, the Bugatti kept popping up — this car is simply too extreme to not be one of my top picks. The specs on this car border on absurdity. The horsepower of the Chiron’s quad-turbo engine is double the ponies produced by even the most powerful Lamborghini. It reaches 120 mph in about the same time that it takes a typical sports car to reach 60 mph. And the most absurd stat: its top speed of 260 mph is virtually unachievable on most roads or tracks of the world. Sometimes absurdity can be good — I’ll take one in black.