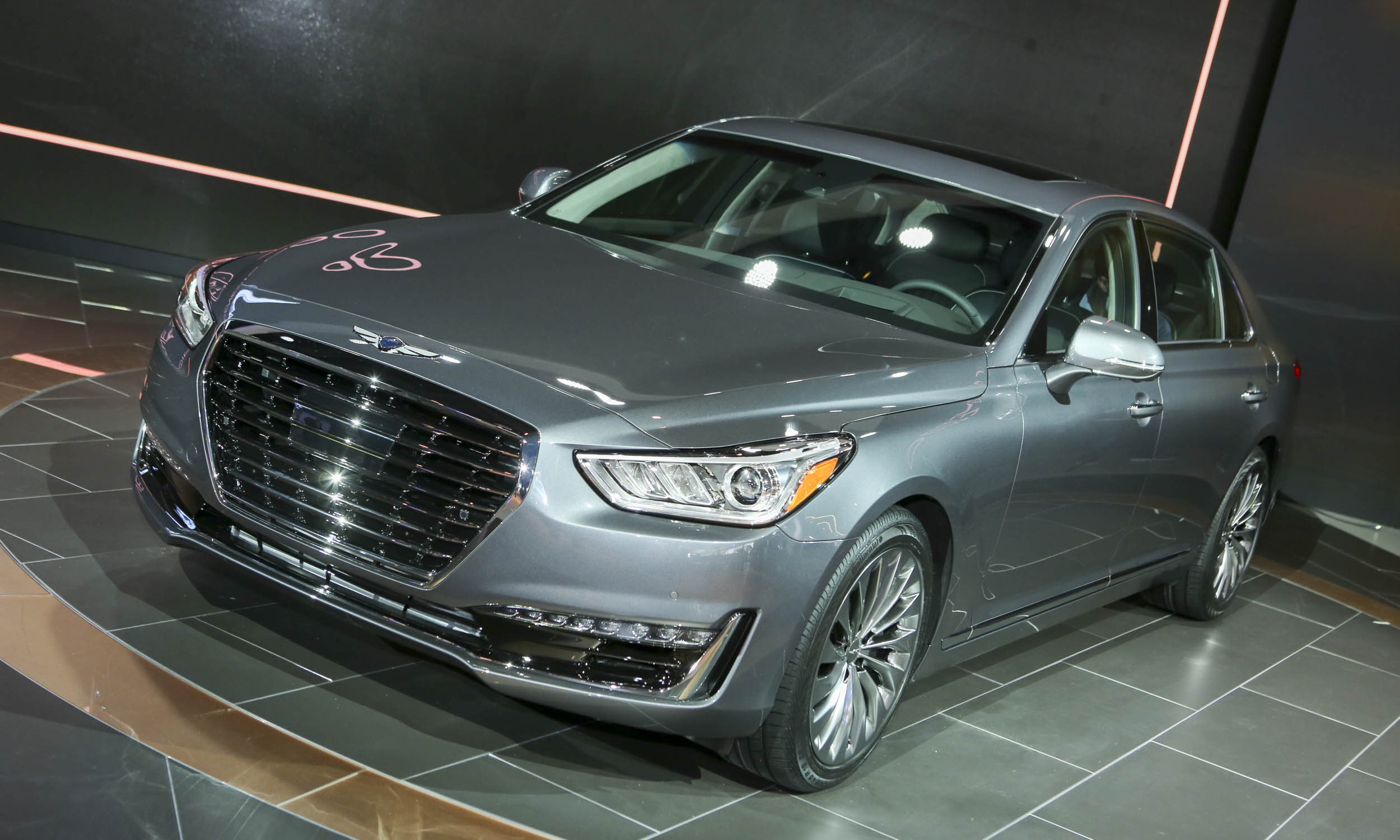 © Rod Hatfield, TheNowDevice
Genesis of Genesis
Many automakers sell higher-end models under a separate luxury brand. Ford has Lincoln, Toyota has Lexus, GM has Cadillac, Nissan has Infiniti, Honda has Acura — and now Hyundai has Genesis. Up until now, Genesis was simply a model in the Hyundai lineup, but today at the 2016 Detroit Auto Show Hyundai introduced a new luxury brand and a new flagship to go with it: the Genesis G90. The G90 replaces the Equus, which resided at the top of the Hyundai lineup. 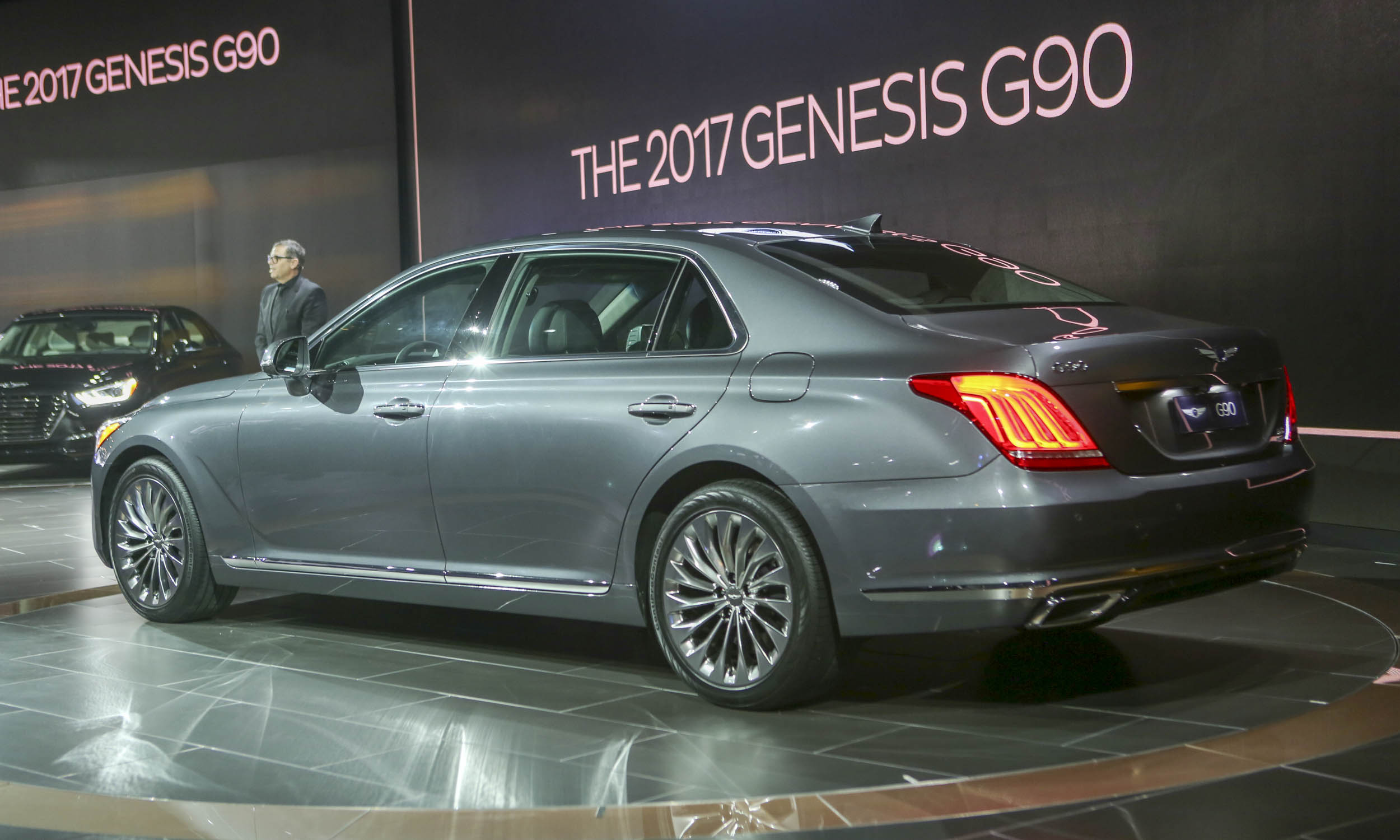 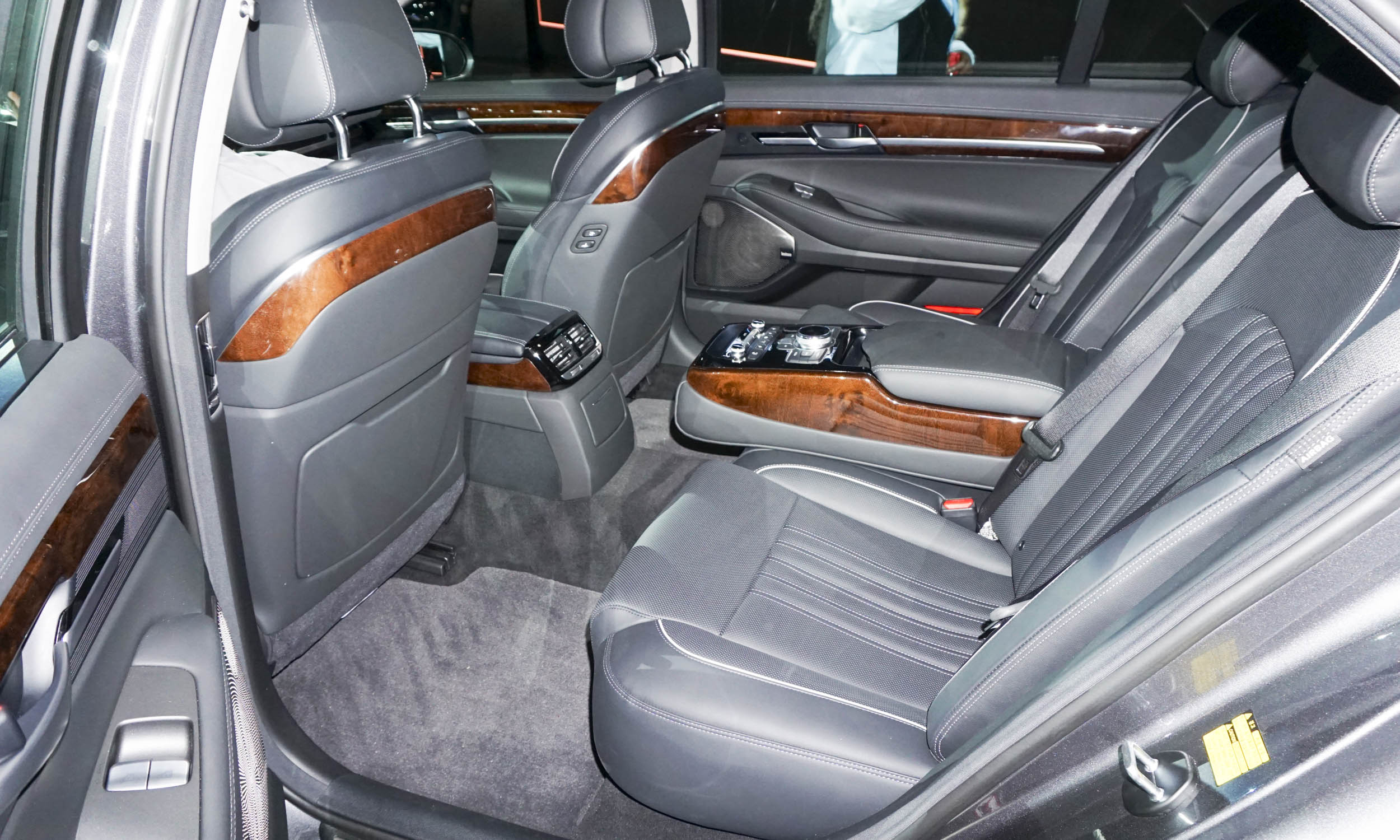 © Perry Stern, Automotive Content Experience
Luxury Interior
Inside the G90 you’ll soon discover everything you would expect from a high-end luxury sedan. Surfaces are swathed in Nappa leather and real wood, and the driver’s seat offers 22 power adjustments. The center stack features a high-definition 12.3-inch display screen. A head-up display helps the driver stay tuned to the road ahead, and additional information can be provided via a 7-inch high-resolution TFT-LCD display. A high-res rearview camera gets enhanced with a 360-degree multi-view monitor and steering guidelines to aid parking. 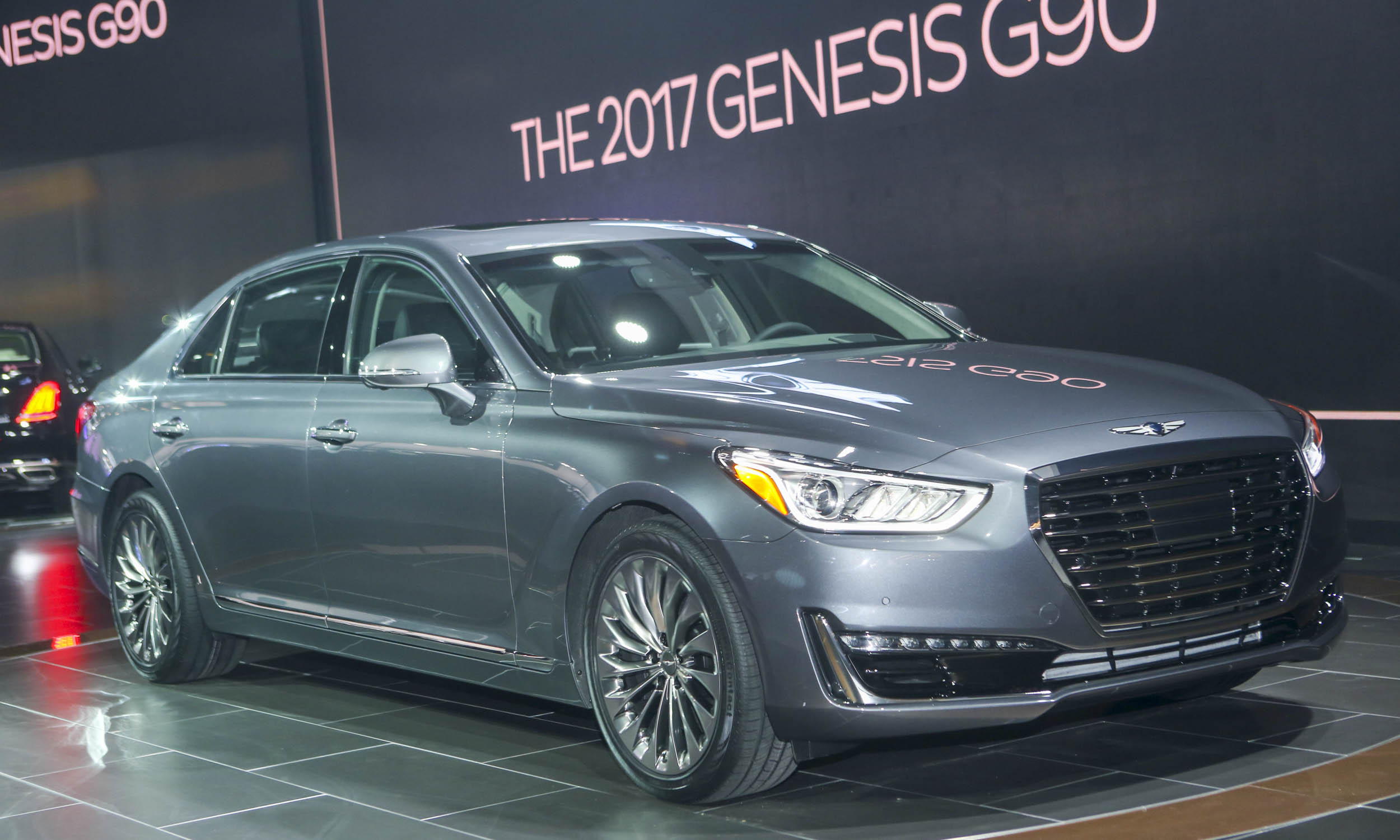 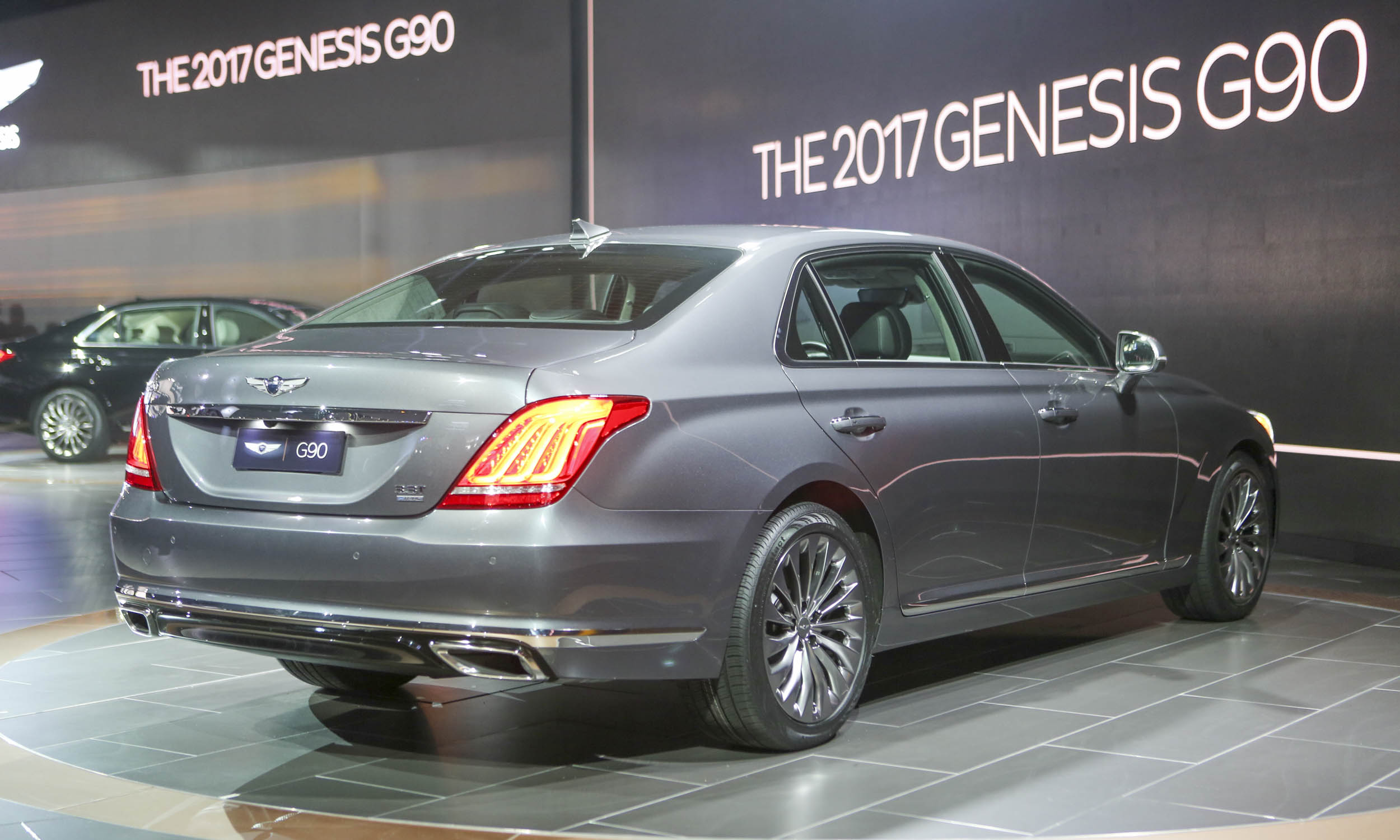 © Rod Hatfield, TheNowDevice
Power
The G90 will be available with two engine choices: an all-new 3.3-liter twin-turbo V6 that produces an impressive 365 horsepower and 376 lb-ft of torque at a very usable 1300 rpm. For buyers who are looking for a bit more, there’s a 5.0-liter V8 putting out 420 horsepower. Both engines are teamed with a new 8-speed automatic transmission. The G90 has standard rear-wheel drive, but can be equipped with an advanced H-TRAC AWD system that can direct as much as 40 percent of torque to the front wheels as needed. 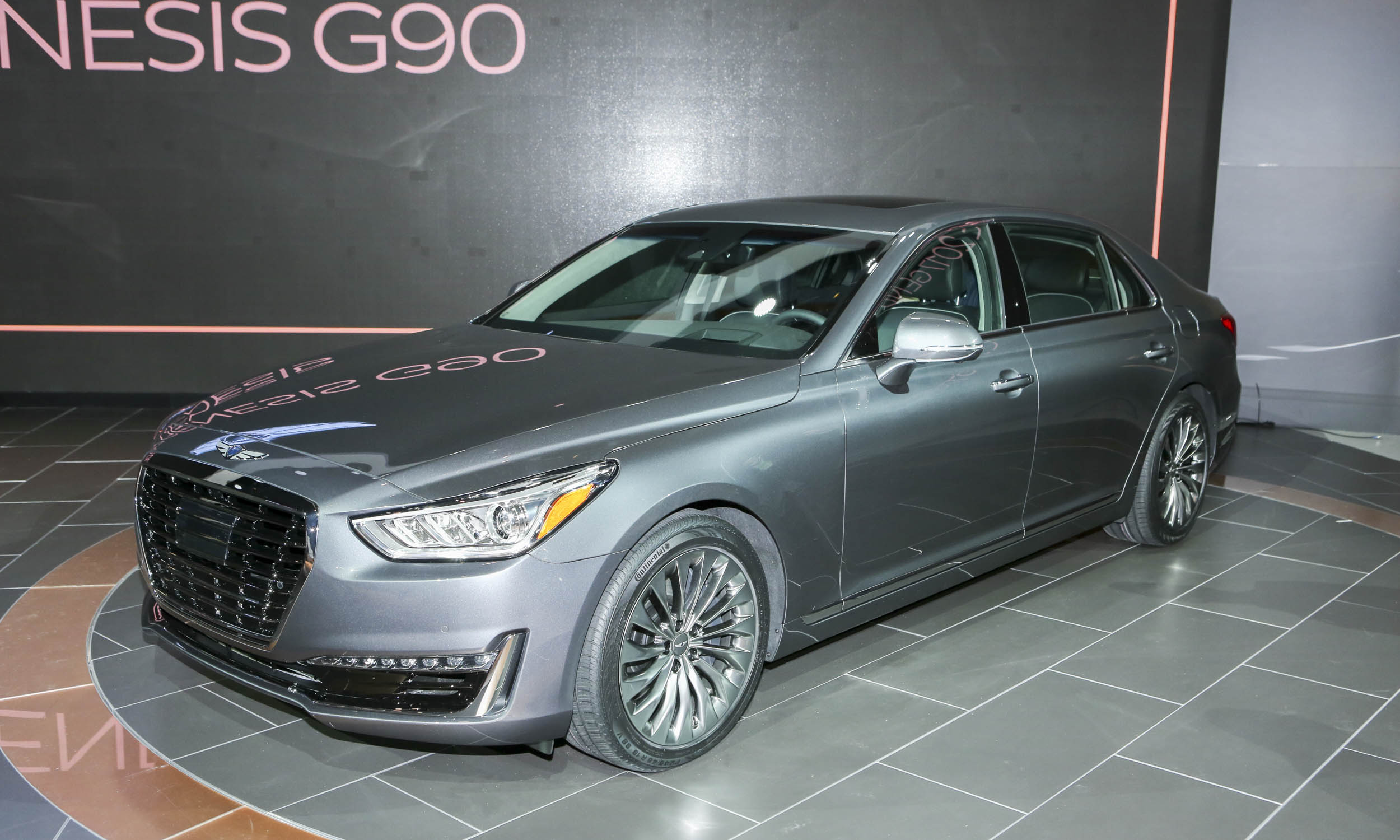 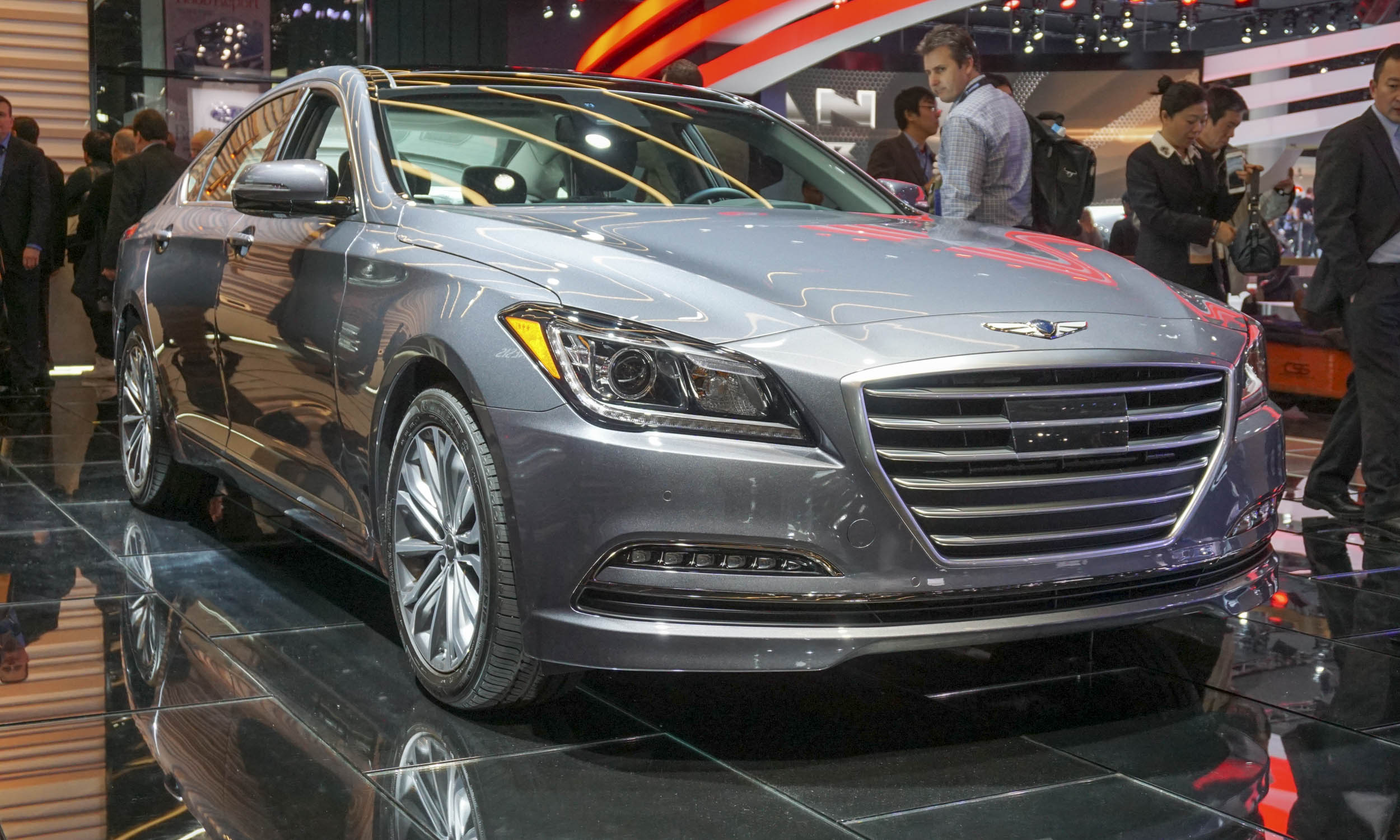 © Perry Stern, Automotive Content Experience
Genesis G80
Sold under Hyundai’s new Genesis brand, the G80 sport sedan replaces the Hyundai Genesis; however, the car itself is basically unchanged. David Zuchowski, president and chief executive officer of Hyundai Motor America also told the assembled media that we can expect a smaller G70 sport sedan to join the lineup in the near future, and that there would be a line of high-performance models coming soon.