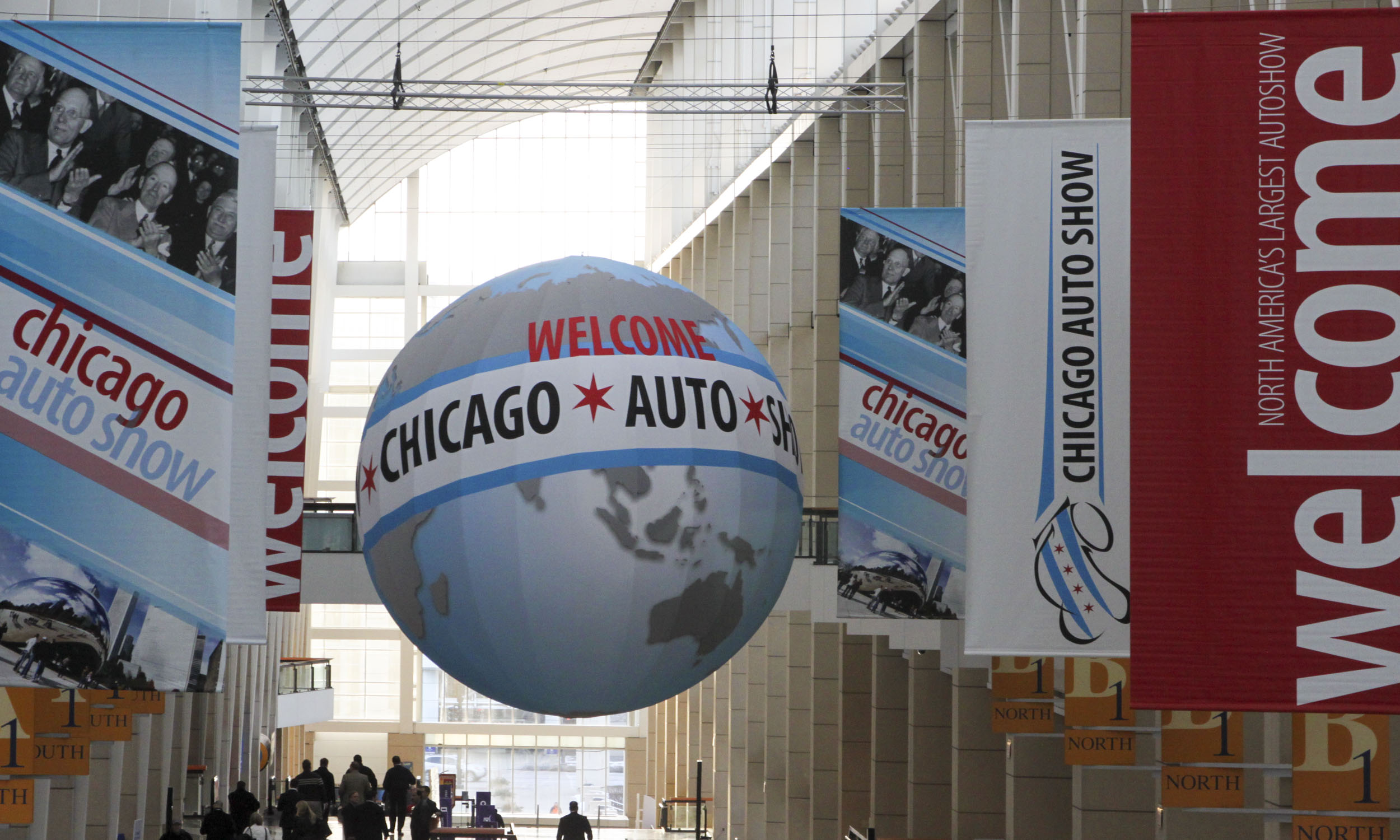 Chicago Show Highlights
Along with single-digit temperatures in the Windy City, there’s plenty of exciting new sheet metal inside the 2015 Chicago Auto Show to keep show-goers distracted from winter’s continued bitter blast. Chicago claims the title as the largest show in the country, filling more than 1 million square feet with the latest new cars and trucks. With everything from small SUV concepts to a full-blown racecar, there’s something for everyone at the Second City’s 107th show. Let’s look at the highlights. 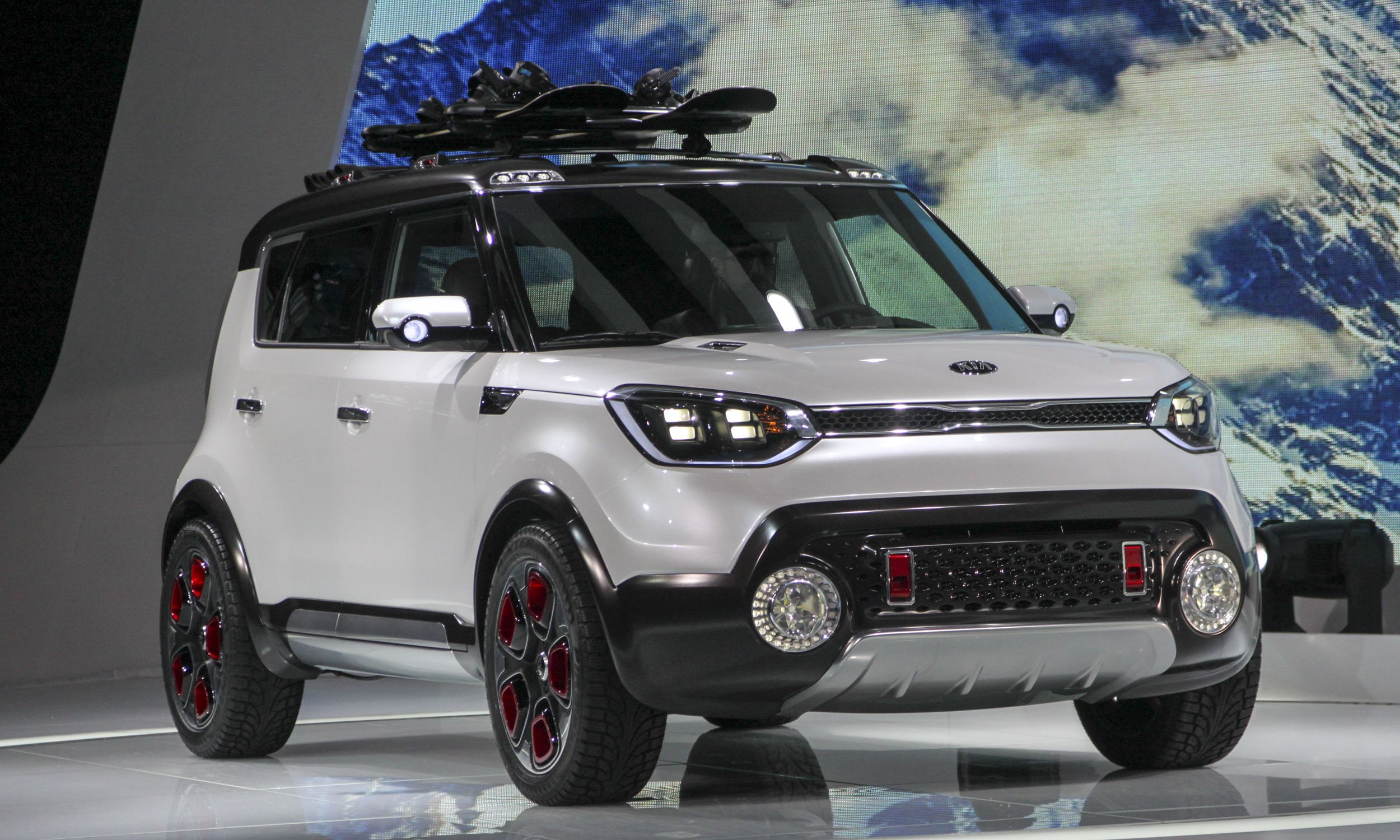 Kia Trail’ster Concept
One of the stars of this year’s show, the Trail’ster concept is clearly based on the popular Kia Soul, but takes the small car and turns it into a unique off-roader. The Trail’ster stands out in its Polar Pearl Snowdrift/Terra Bronze Metallic paint scheme, featuring a retractable canvas roof that not only provides open-air enjoyment for occupants, it lowers vehicle weight and center of gravity for better performance. 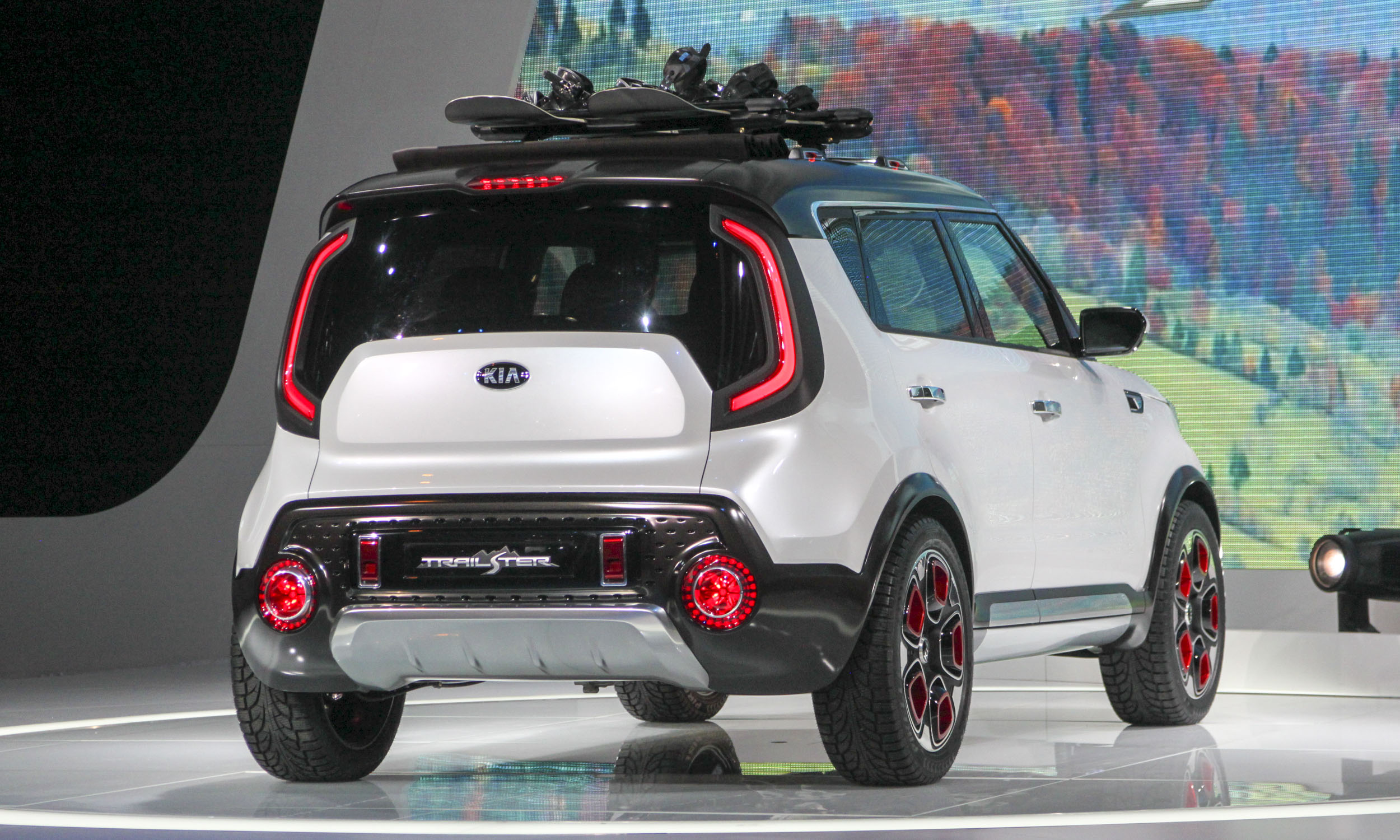 Kia Trail’ster Concept
The Kia Trail’ster concept gets a high-tech all-wheel-drive system — a turbocharged engine powers the front wheels and an electric motor powers the rear wheels as needed. At slow speeds the Trail’ster can run electric-only, while the gas motor provides a boost for strong acceleration. When asked if Kia would put a car like the Trail’ster into production, Executive Vice President of Sales and Marketing Michael Sprague said “it has happened before,” so we’ll have to wait and see. 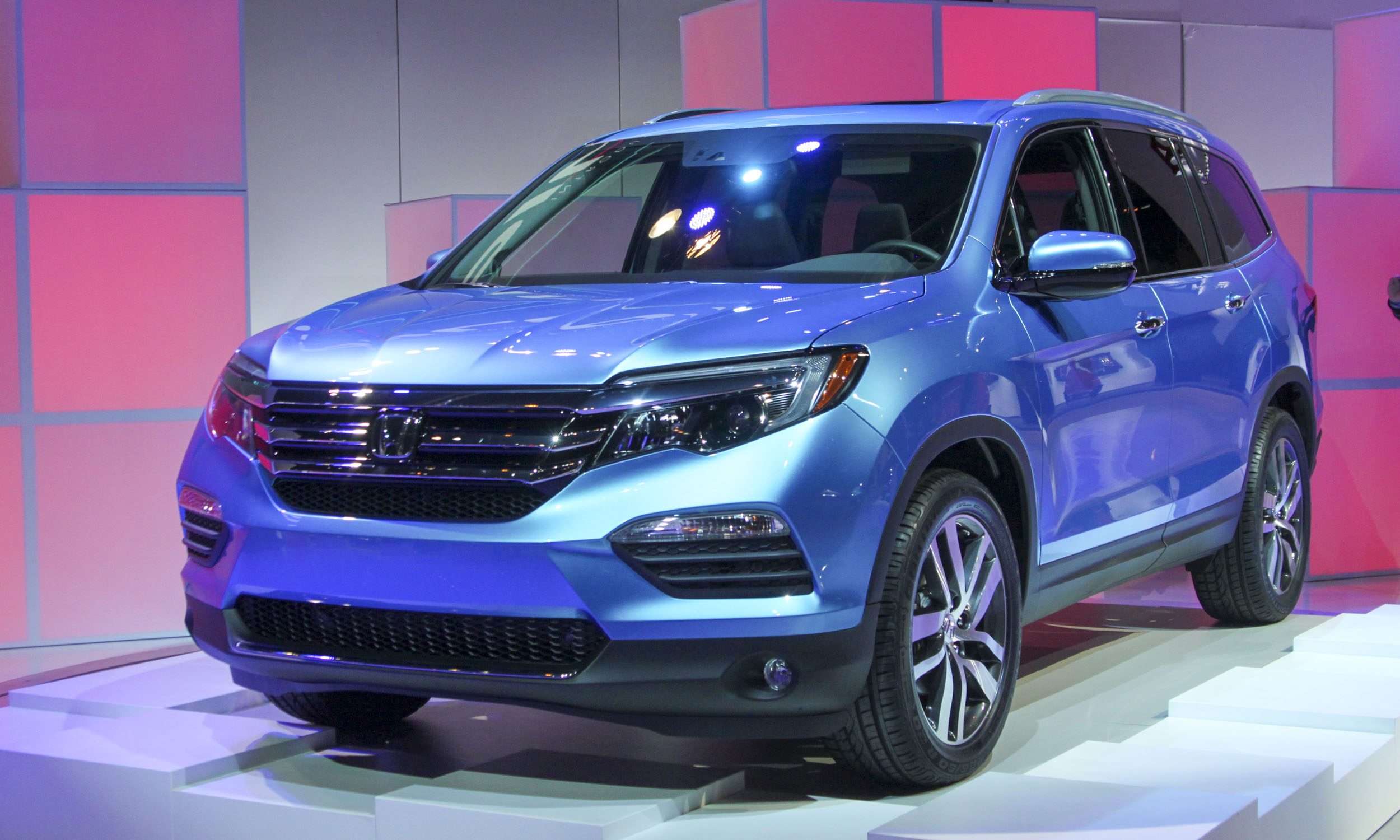 Honda Pilot
Count on Honda to bring useful, versatile vehicles to market — the third-generation Honda Pilot underscores that truism. Styling clearly fits with the rest of the Honda lineup, but kicks things up a notch with LED projector headlights as well as LED taillights. Slightly larger than the outgoing model, the new Pilot provides additional cargo space while still seating up to eight passengers – unusual for midsize SUVs. 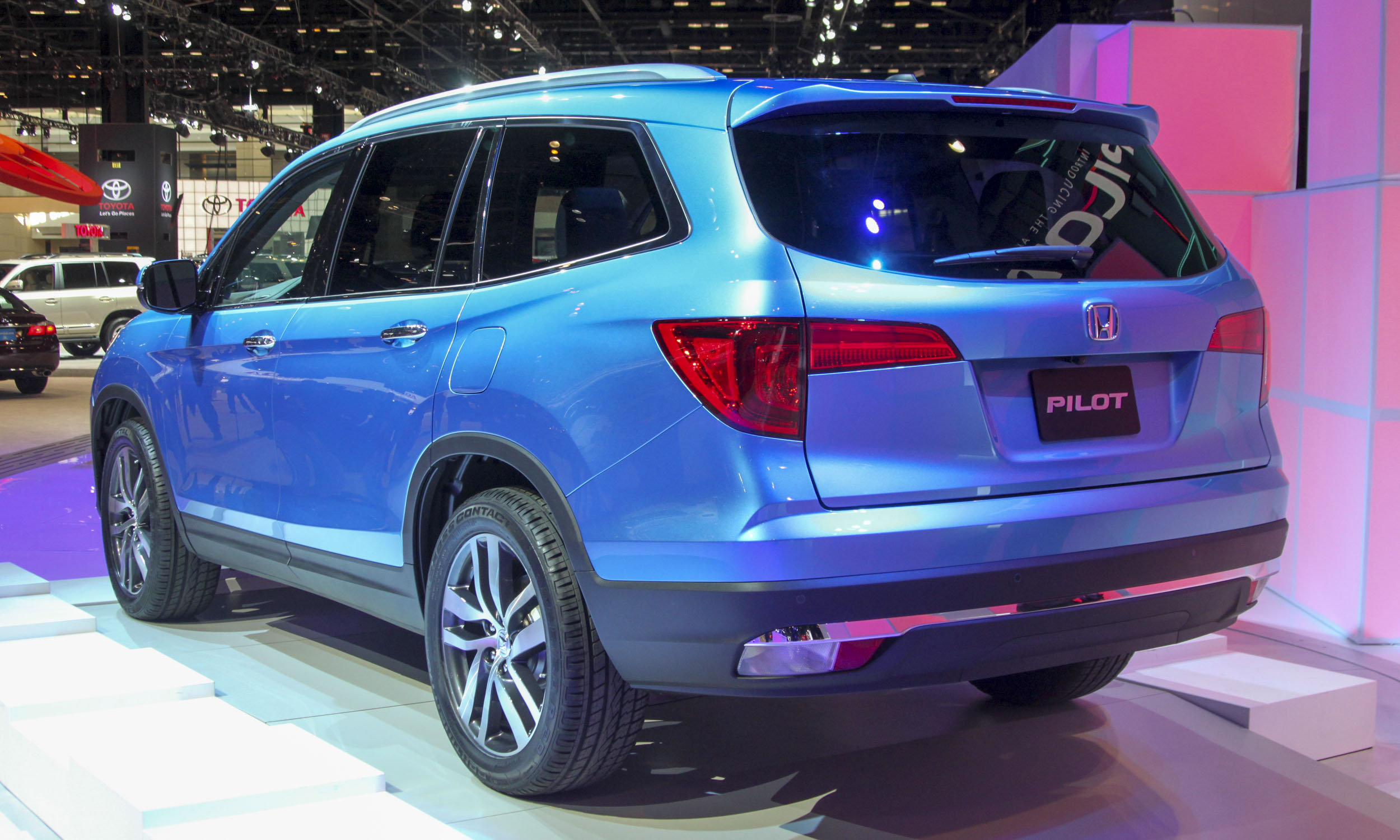 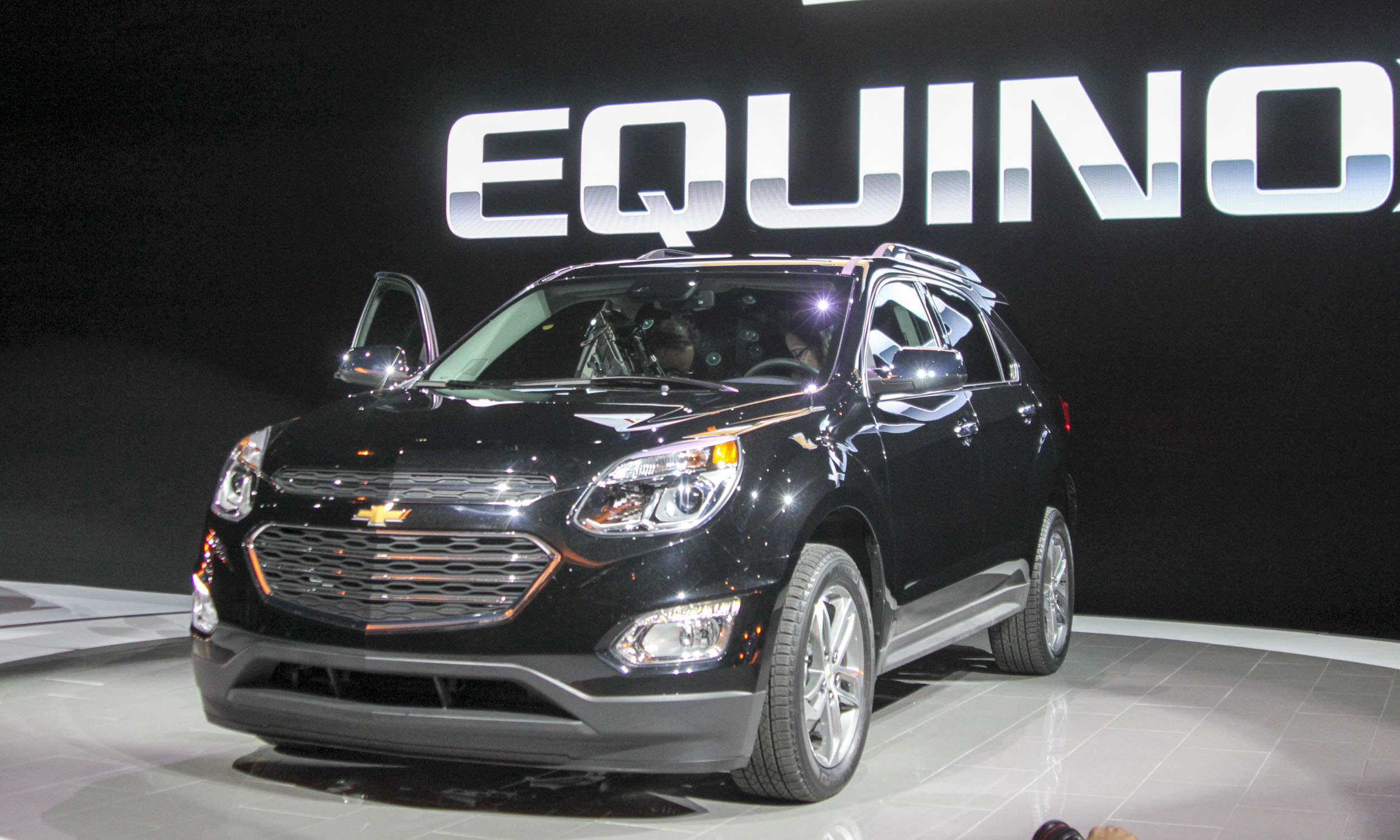 Chevrolet Equinox
Chevy has had great success with the Equinox, marking five consecutive years of record sales since its redesign in 2010. For the 2016 model year Equinox gets a face-lift aimed to keep those record sales coming. Most noticeable is the redesigned front end with projector-beam headlights, which now matches the styling of the larger Traverse. 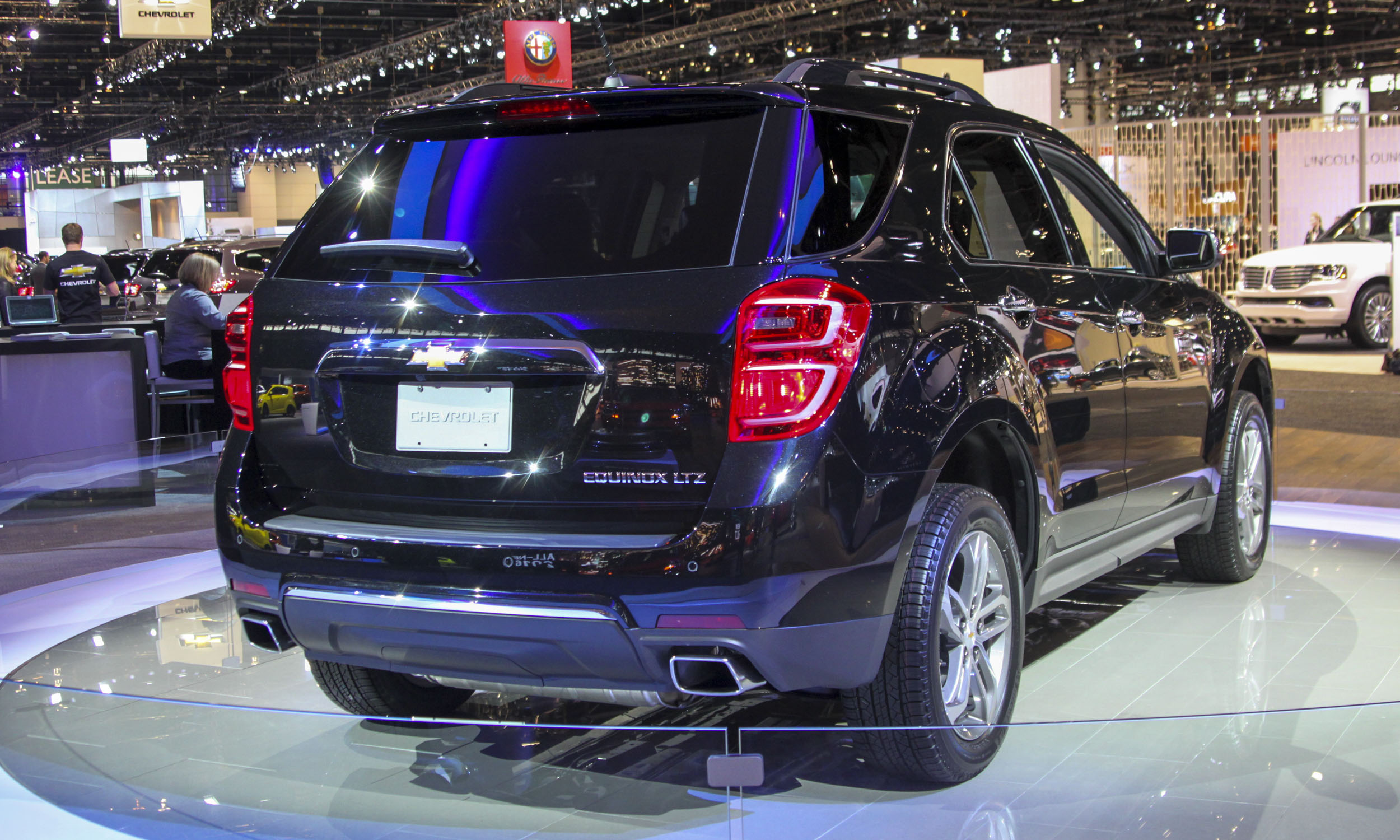 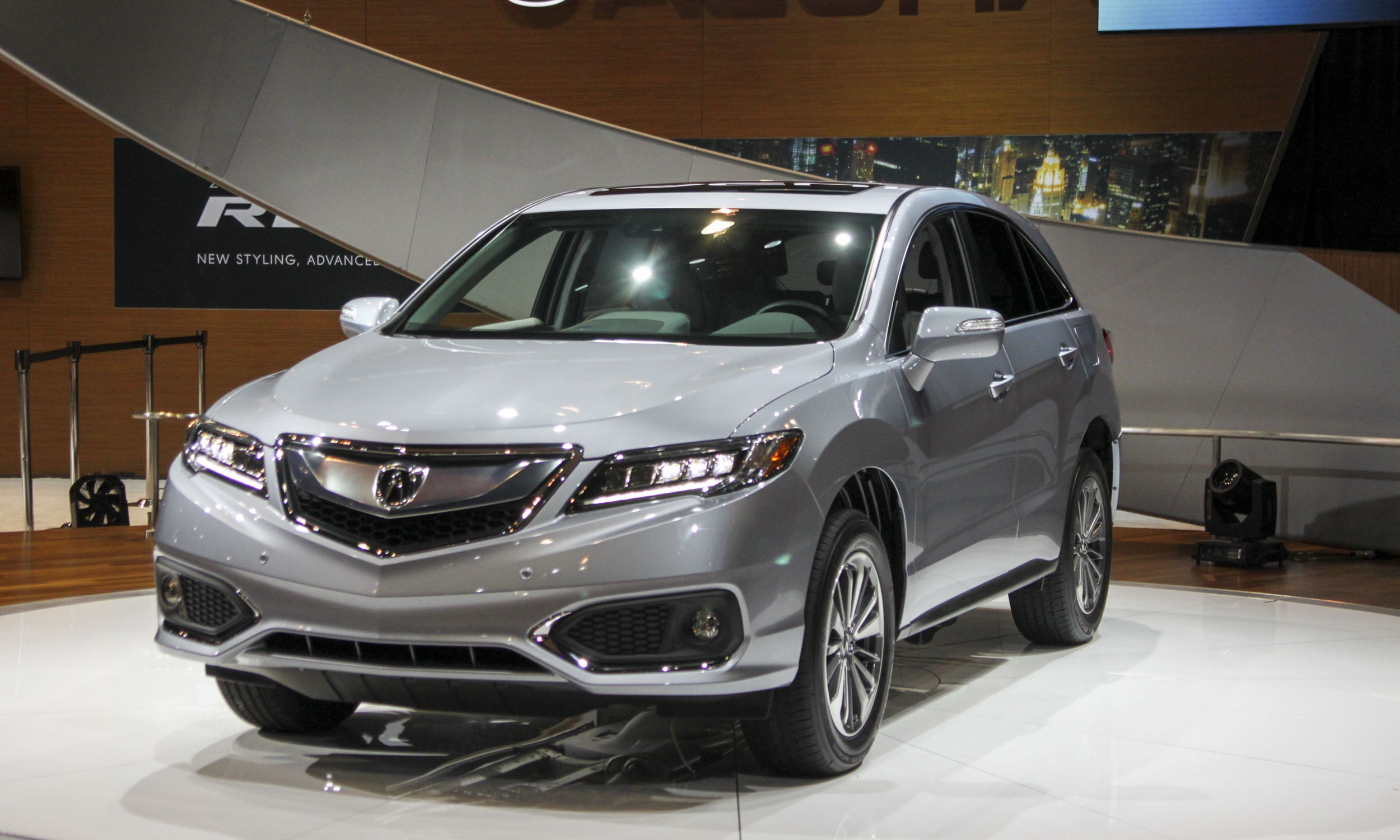 Acura RDX
Honda’s premium brand revealed the 2016 RDX in Chicago with fresh styling and updated features. The most noticeable change for the compact luxury crossover is an updated front fascia featuring “Jewel Eye” LED projector headlights that help bring the RDX’s design in line with the rest of the Acura lineup. The RDX also gets a new 3.5-liter V6 engine that offers a modest boost in horsepower —to 279 horses — as well as improved fuel efficiency. Interior updates abound, including standard heated front seats and high-contrast silver and black trim. 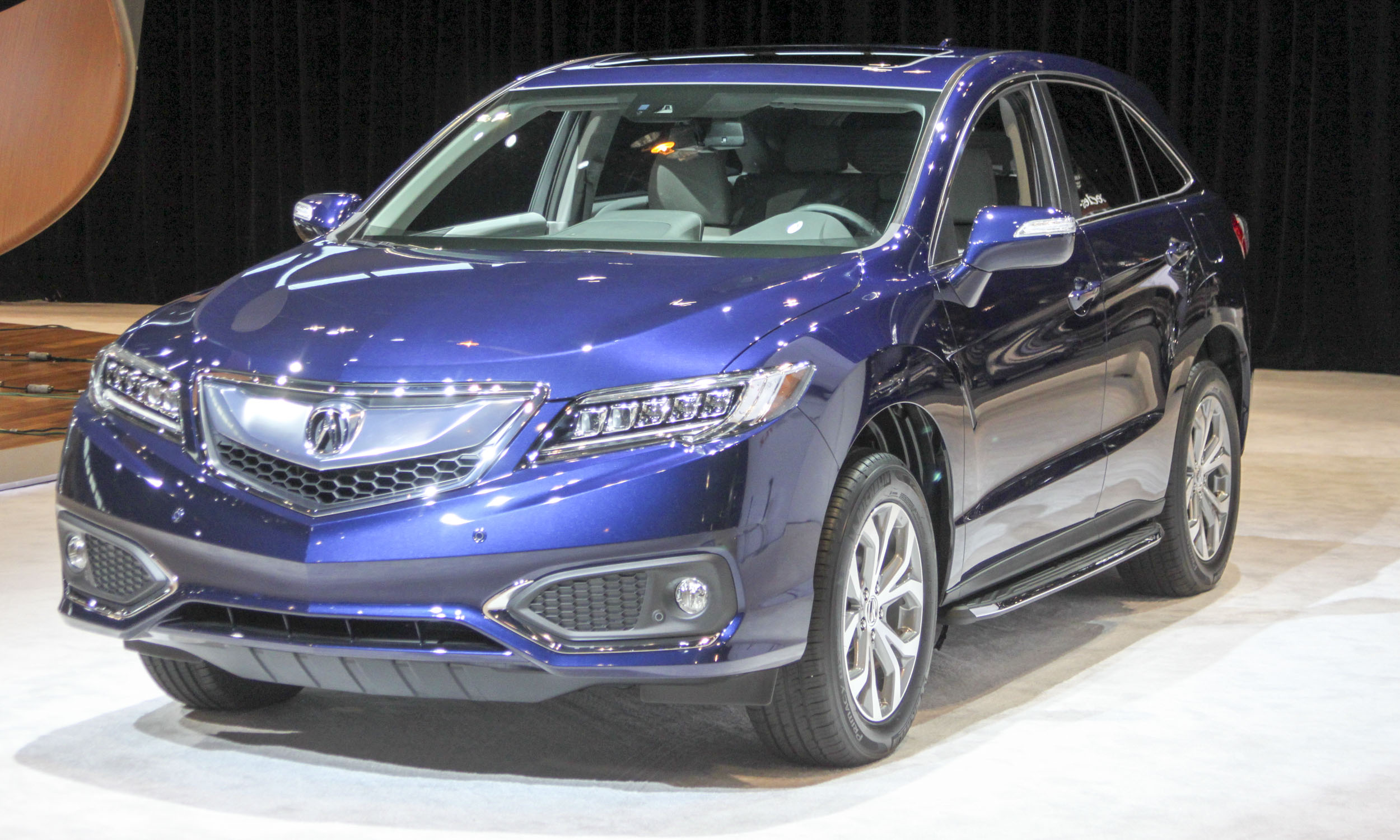 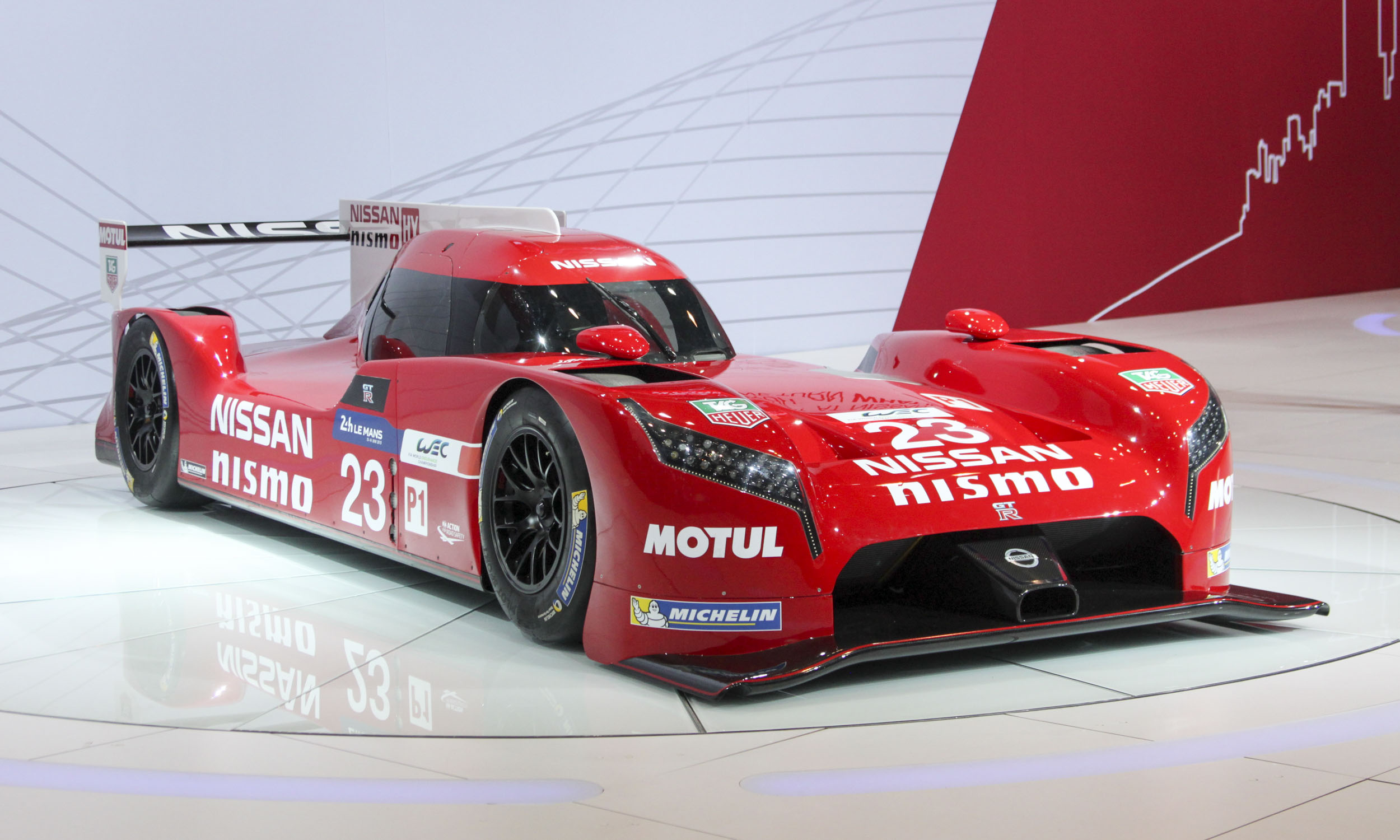 Nissan GT-R LM NISMO
Nissan is plotting its return to one of the most grueling sports car races — the 24 Hours of Le Mans — and will be campaigning this rather unusual racecar. The GT-R LM NISMO is visually different from other P1 cars it will race against — cars with different levels of performance race together in sports car racing, and P1 is the highest performance category. 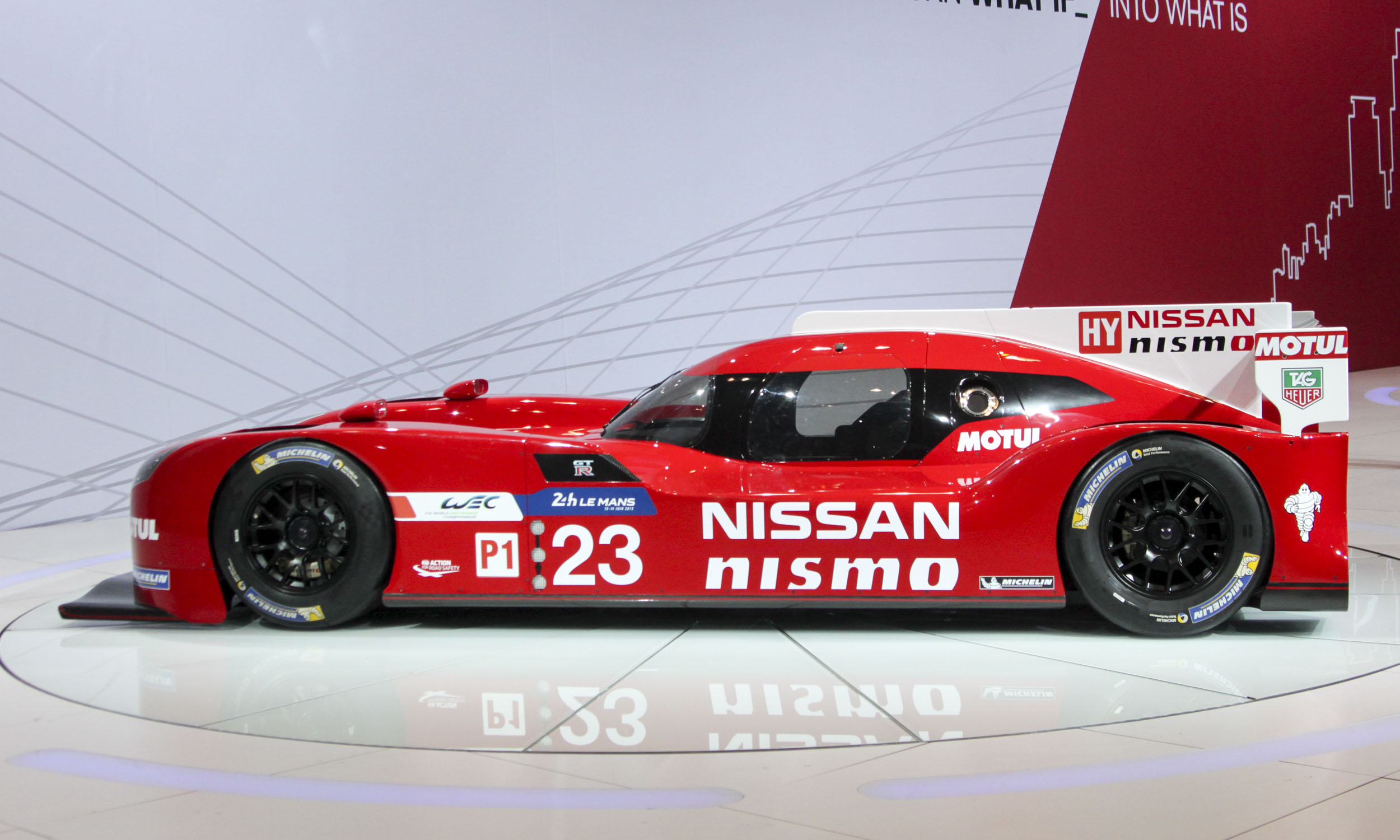 Nissan GT-R LM NISMO
The GT-R LM NISMO sports a front-engine and front-wheel-drive layout. Power will come from a 3.0-liter twin-turbo V6 with a kinetic energy recovery system. Using NISMO and GT-R components for the racecar helps Nissan tie their racing program to street vehicles available to consumers. The GT-R LM NISMO will make its on-track debut in April at Silverstone in the UK. 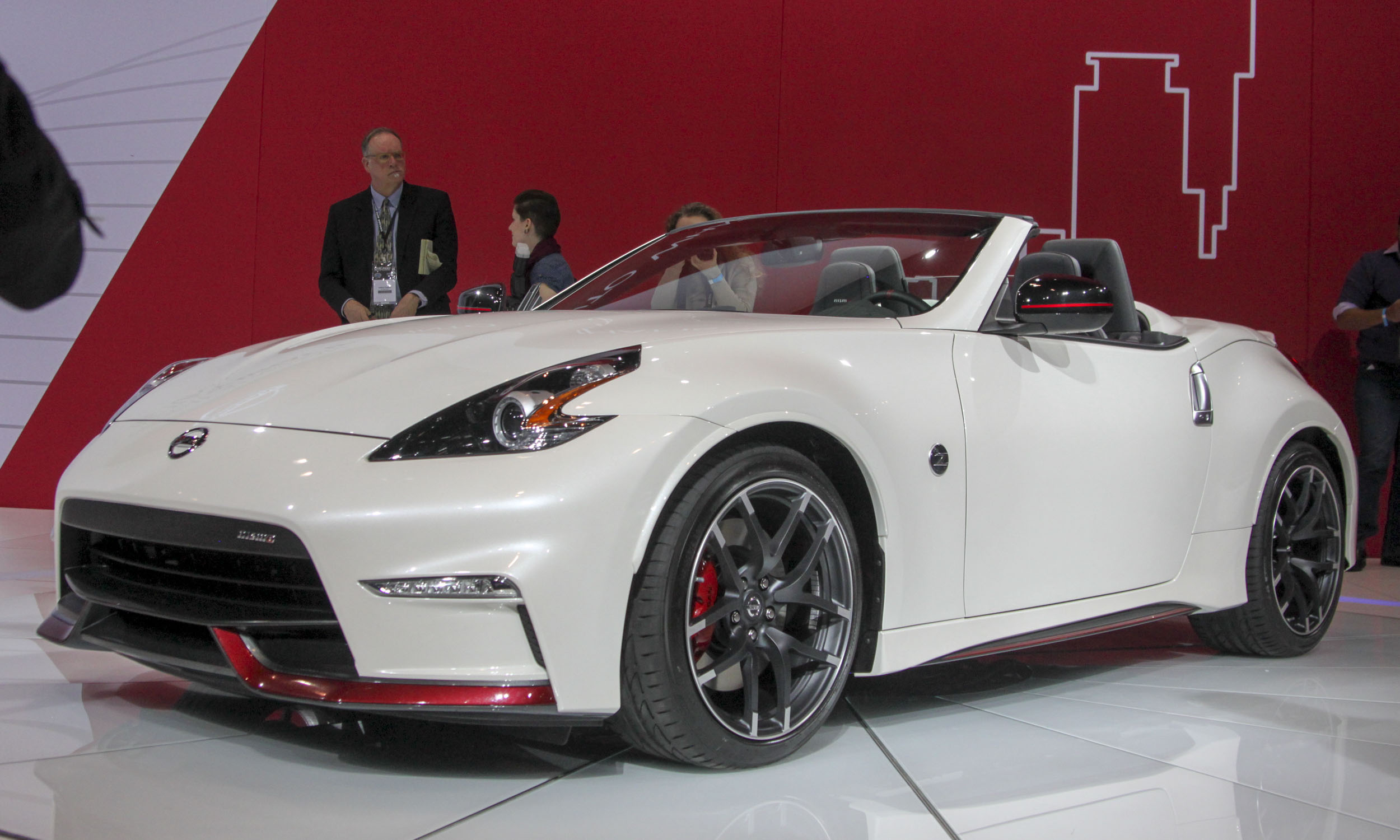 Nissan 370Z NISMO Roadster Concept
This sexy convertible does not look the part of a concept car — clearly it is ready for production. This would be the first convertible to get NISMO treatment, which includes tuned suspension, special interior and exterior features not available on a standard 370Z, and a more powerful 350-horsepower 3.7-liter V6 engine. 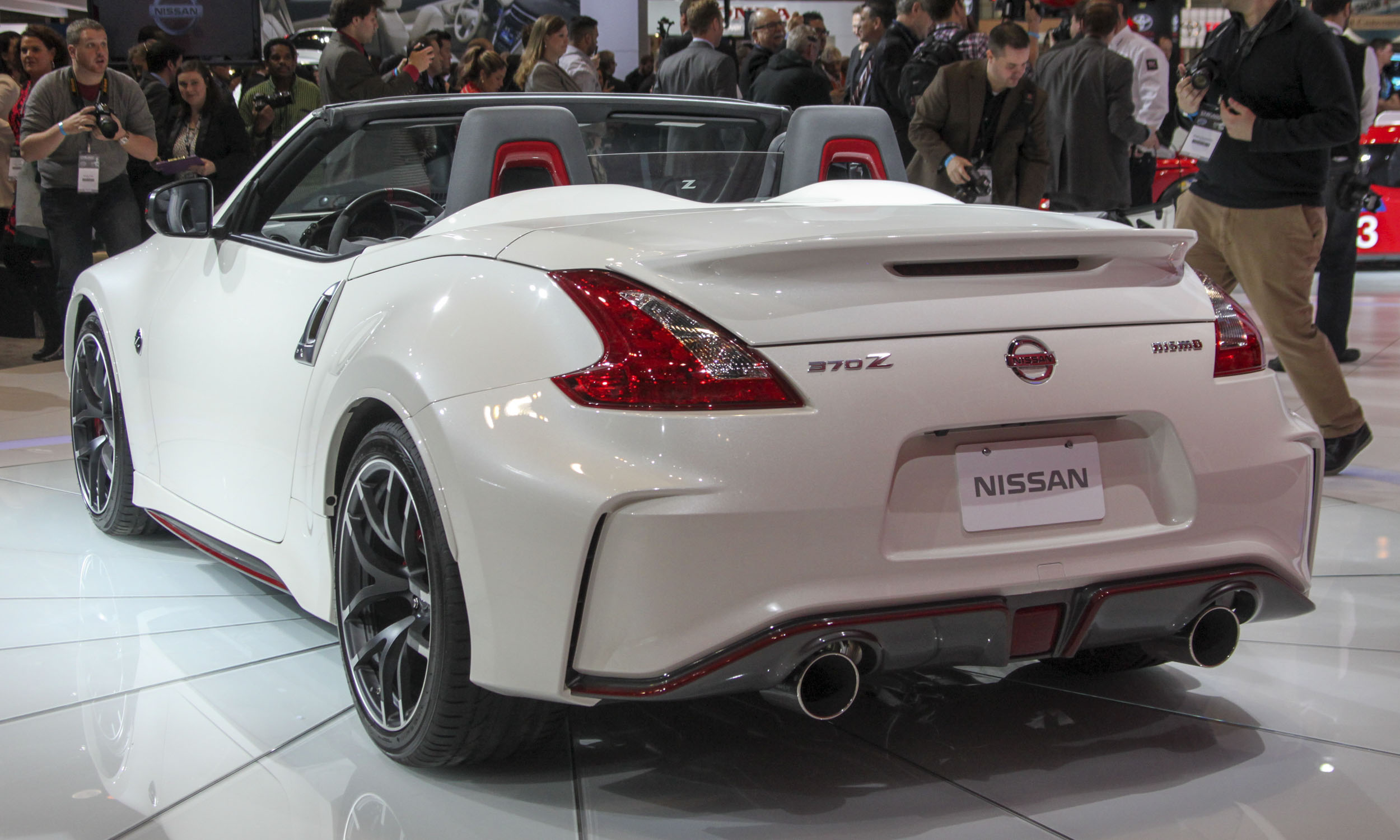 Nissan 370Z NISMO Roadster Concept
The NISMO roadster concept features functional and fully integrated aerodynamic bodywork, including a custom carbon-fiber rear spoiler created specifically for this concept. The NISMO-styled interior continues the sporting theme with black Recaro seats and custom off-white Ultrasuede inserts. The roadster would be the fifth model in the Nissan lineup to get the NISMO treatment — if it goes into production. 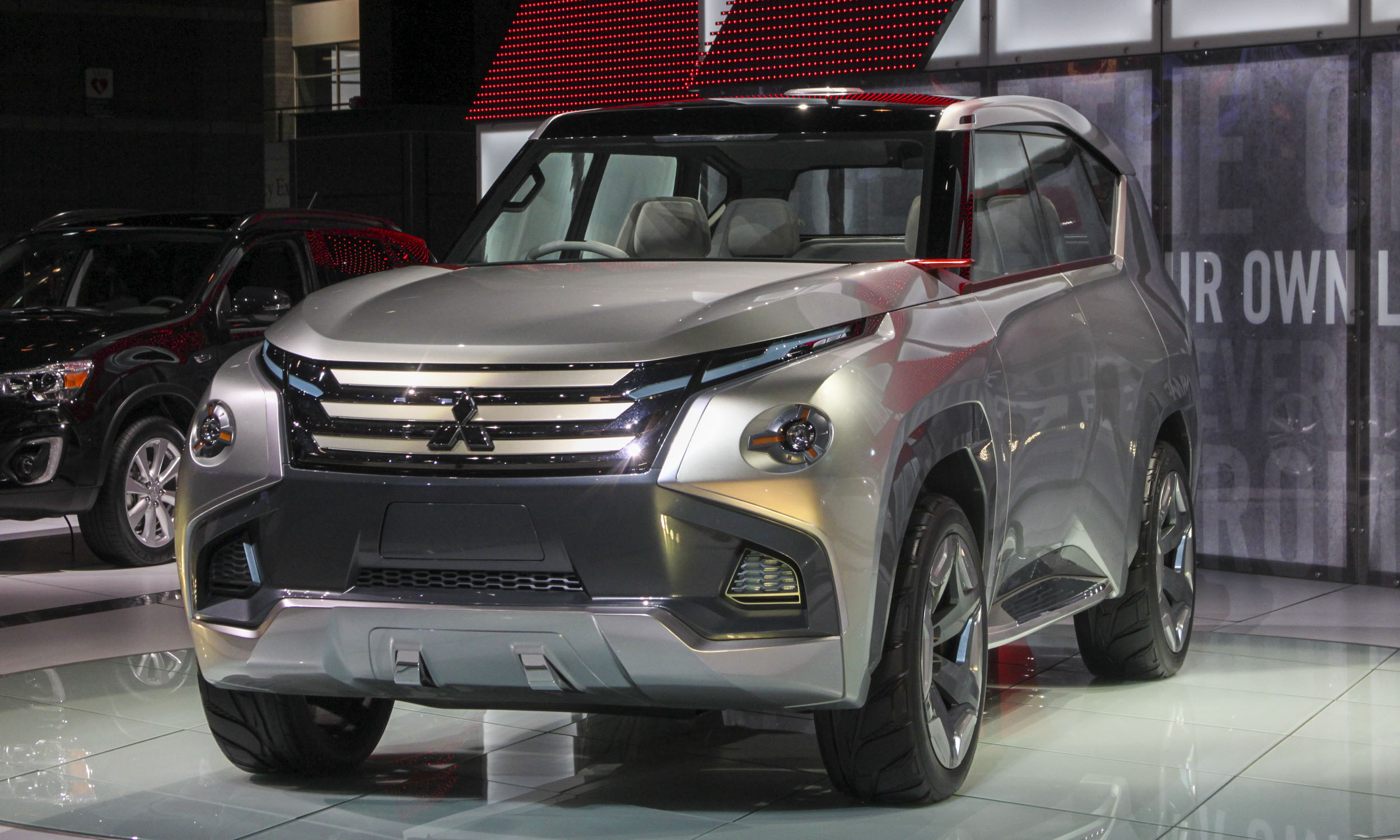 Mitsubishi GC-PHEV Concept
It’s been almost ten years since Mitsubishi sold the Montero large SUV. At this year’s Chicago show, the Japanese automaker revealed a large crossover concept to demonstrate how the latest Mitsu designs would appear on a vehicle of this size, and we’re left wondering about it. Considering the large front end and odd proportions, the GC-PHEV wouldn’t be called attractive. Under the skin it gets interesting — the GC-PHEV Concept is a plug-in hybrid combining an electric motor with a powerful supercharged V6 engine to produce 335 horsepower. 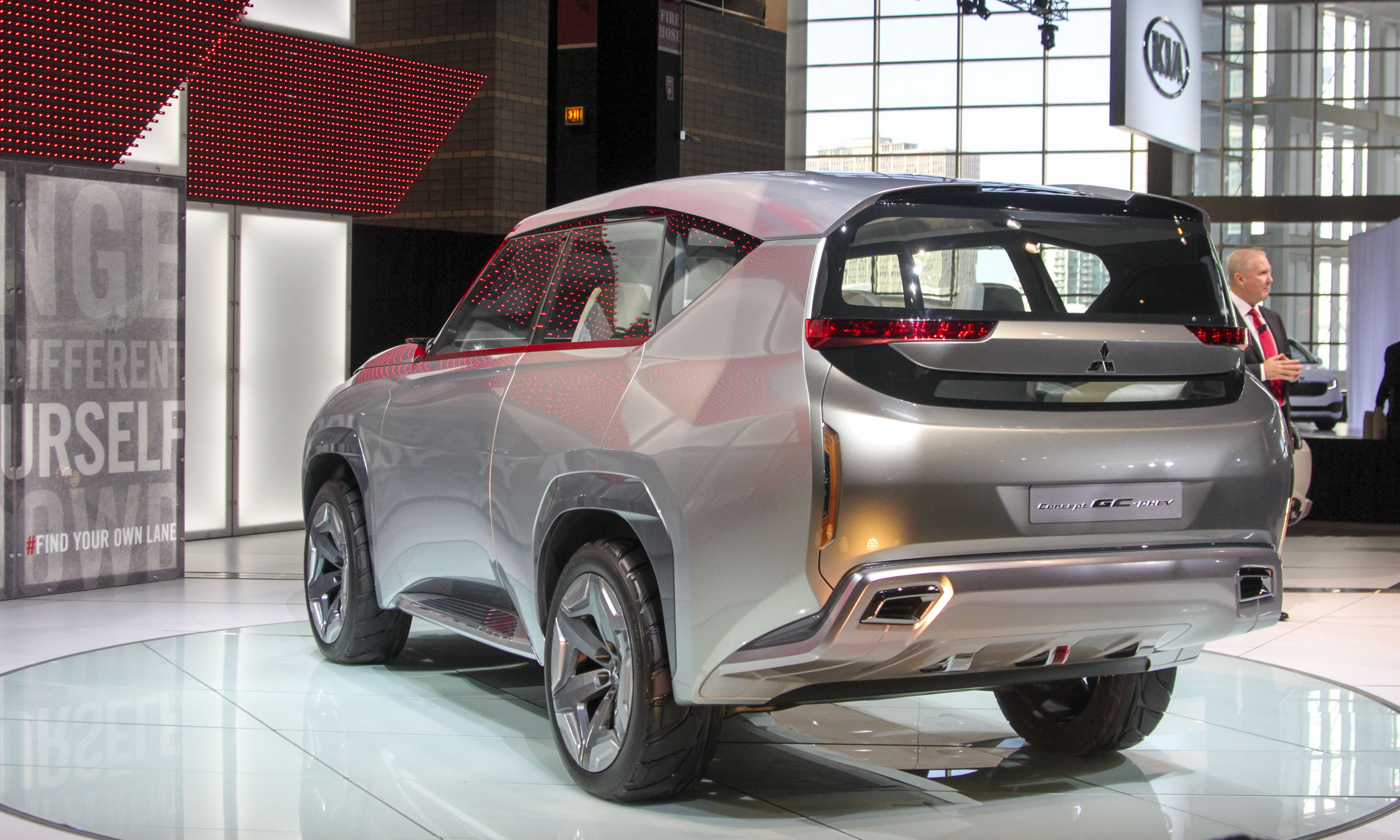 Mitsubishi GC-PHEV Concept
The Mitsubishi GC-PHEV also showcases some high-tech features, including a unique “Tactical Table” which runs down the center of the vehicle. This touchscreen device interacts with smartphones placed on the table. There are no plans to build this specific vehicle; however, expect to see design elements as well as some of this advanced tech in future Mitsubishi models. 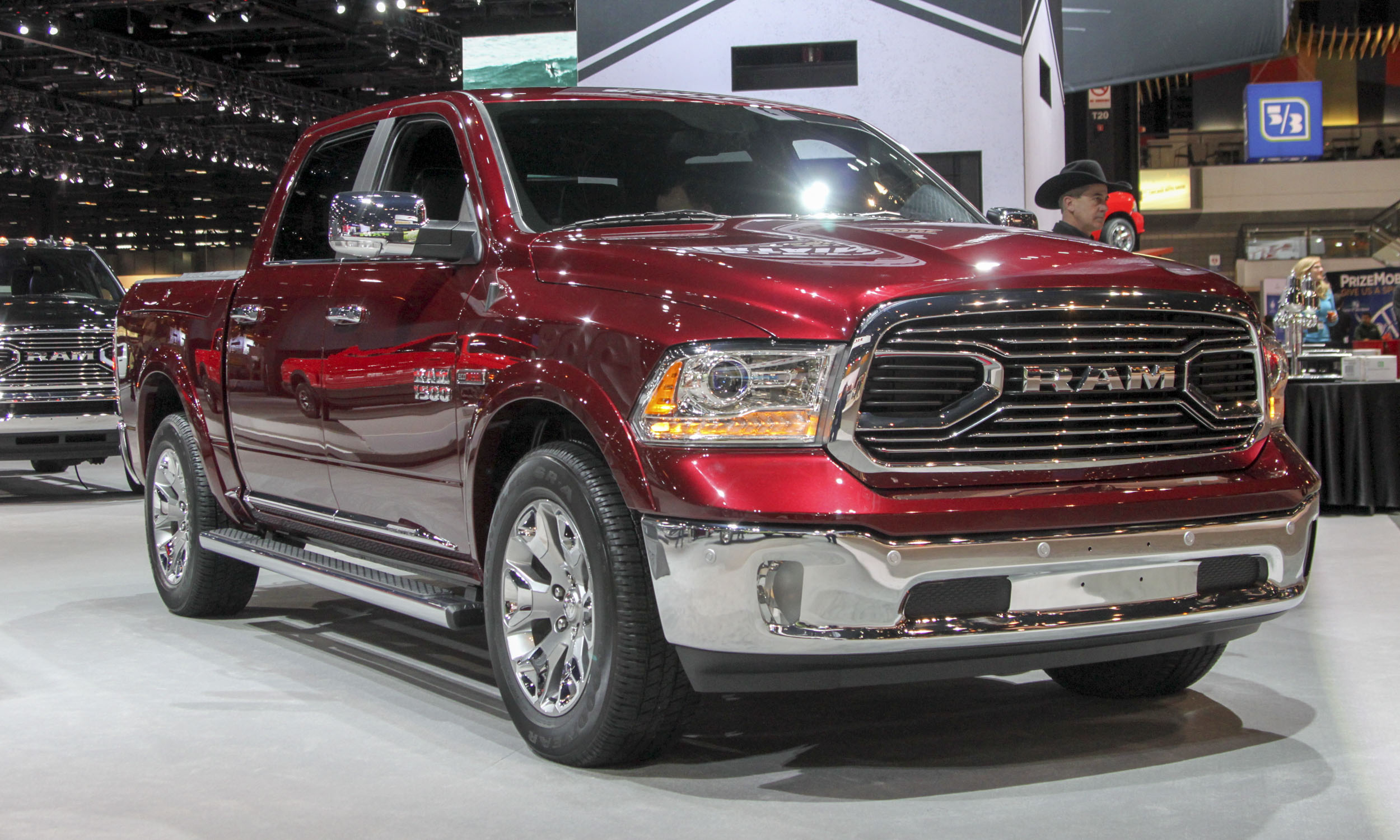 Ram Laramie Limited
With their large cabins and carlike amenities, today’s pickup trucks often replace family cars. For those who would like to replace a luxury sedan, Ram introduces the Laramie Limited. Available on the Ram 1500 as well as the heavy-duty 2500 and 3500, the Limited has all the capability of a Ram pickup, but with a much higher level of luxury. Limited trims feature a unique Ram grille as well as a tailgate adorned with a chrome RAM badge that spans a full 20 inches across the gate. Everyone will know what you’re driving. 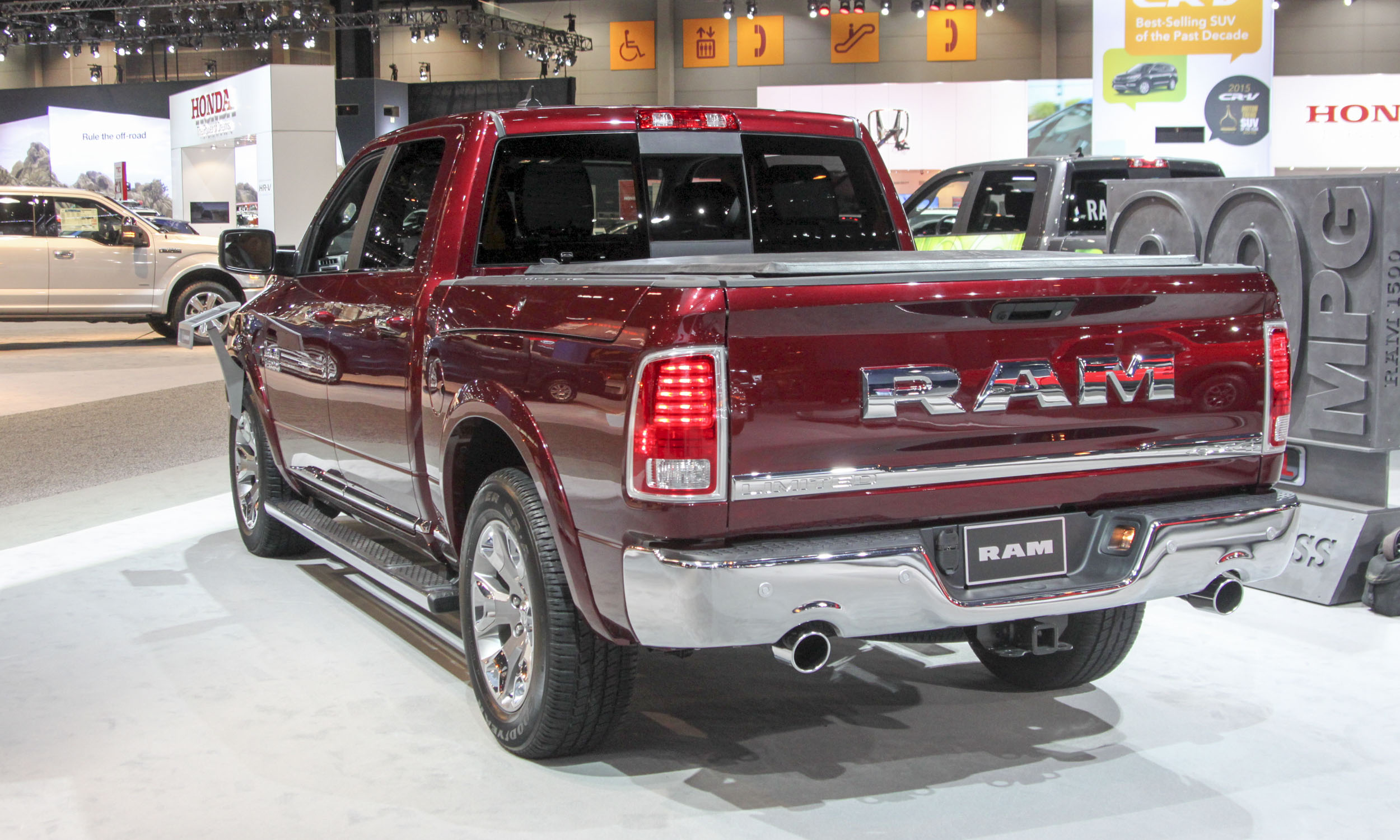 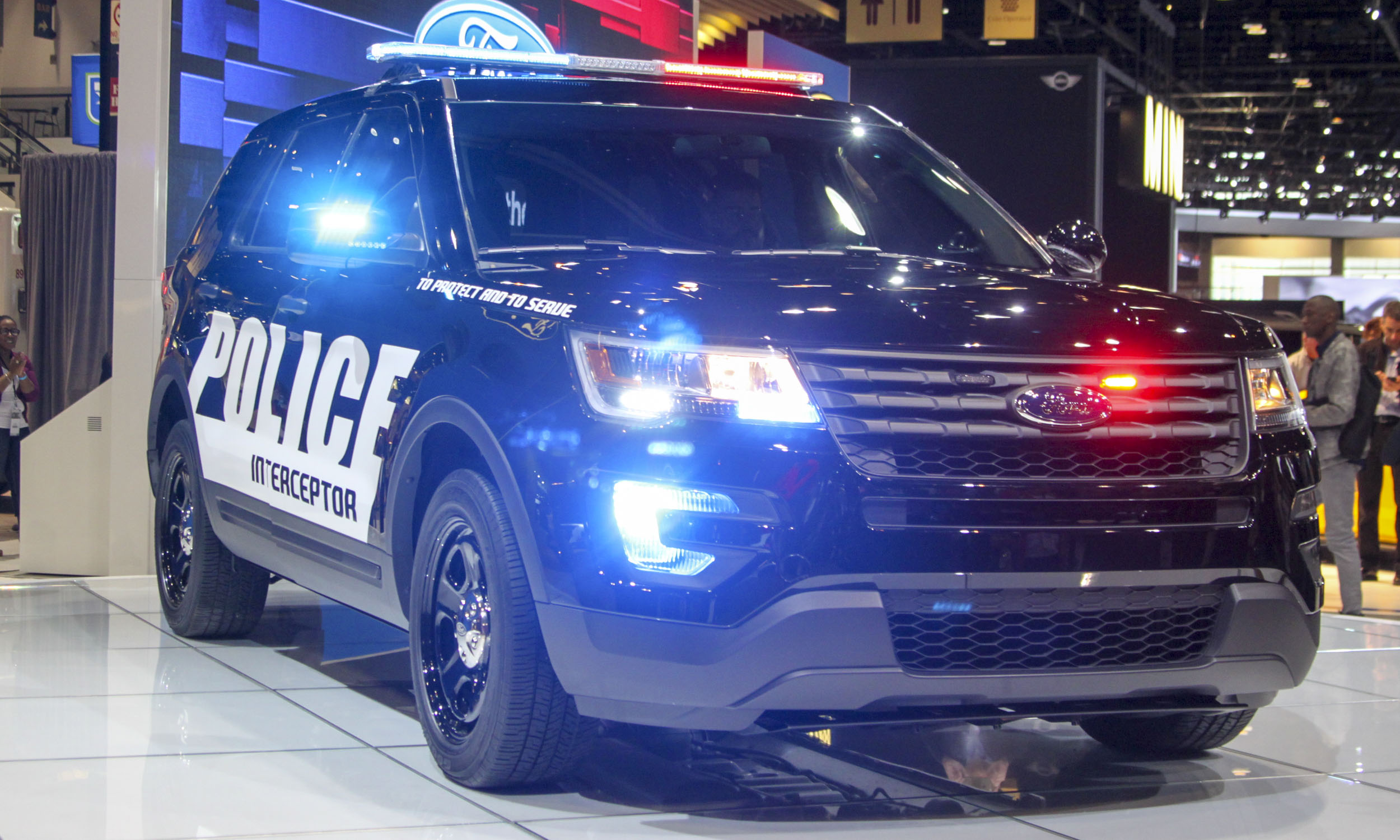 Ford Police Interceptor
Ford debuted a number of high-performance cars at the Detroit Auto Show in January. In Chicago the Blue Oval showcased a vehicle that could easily catch those cars in hot pursuit. The 2016 Ford Police Interceptor is the latest version of the best-selling police vehicle in America. Based on the Ford Explorer, the Police Interceptor was developed with input from Ford’s Police Advisory board — a group of 25 members from law enforcement communities across the country. 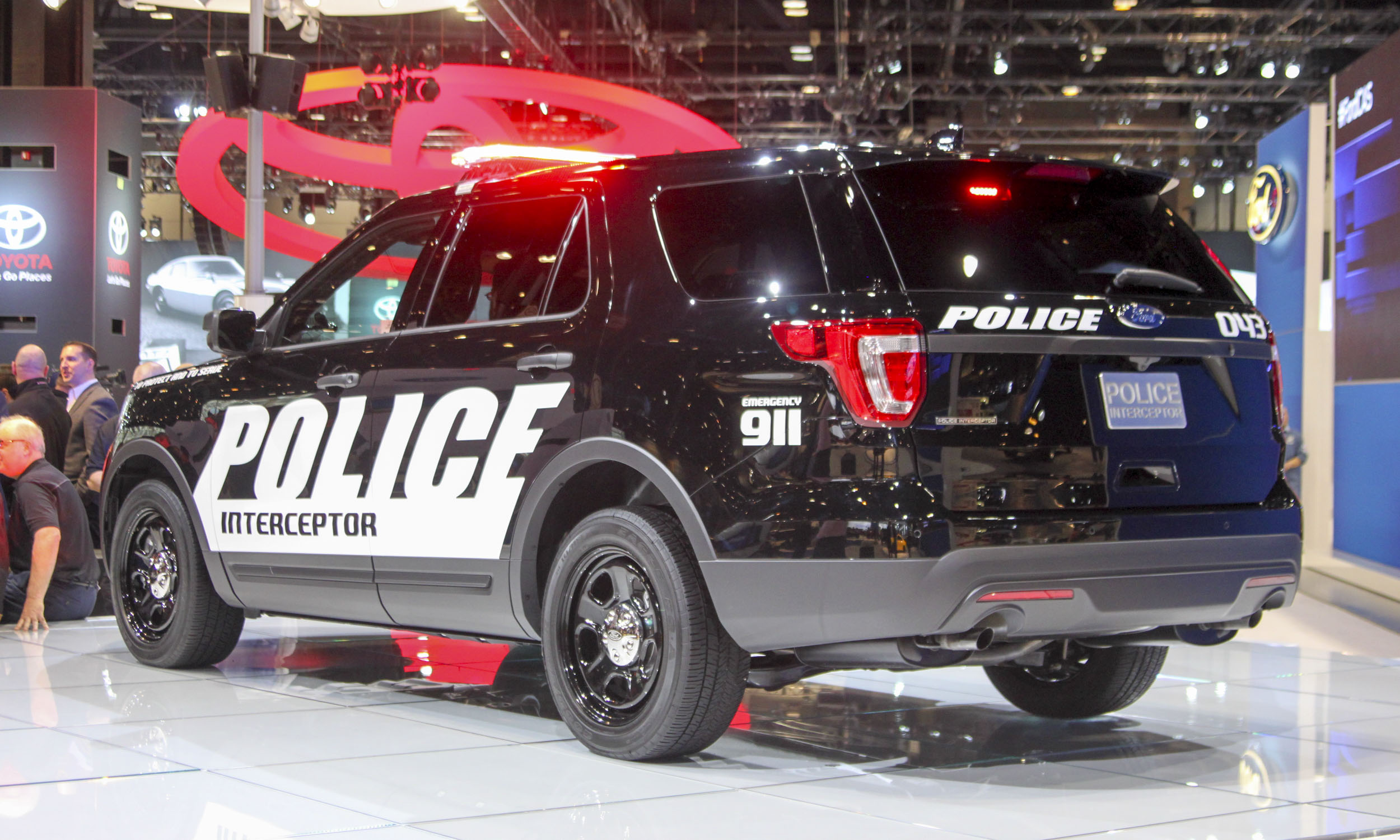 Ford Police Interceptor
The Ford Interceptor sports a number of innovative features, including a Surveillance Mode that warns the driver when someone approaches the rear of the vehicle. Upon detection, the driver’s window automatically raises and all doors lock. The Interceptor has heavy-duty suspension, Ballistic shields in the driver and passenger doors for additional protection against gunfire, unique steering and transmission calibrations and an available 3.5-liter EcoBoost V6 engine putting out 365 horsepower. 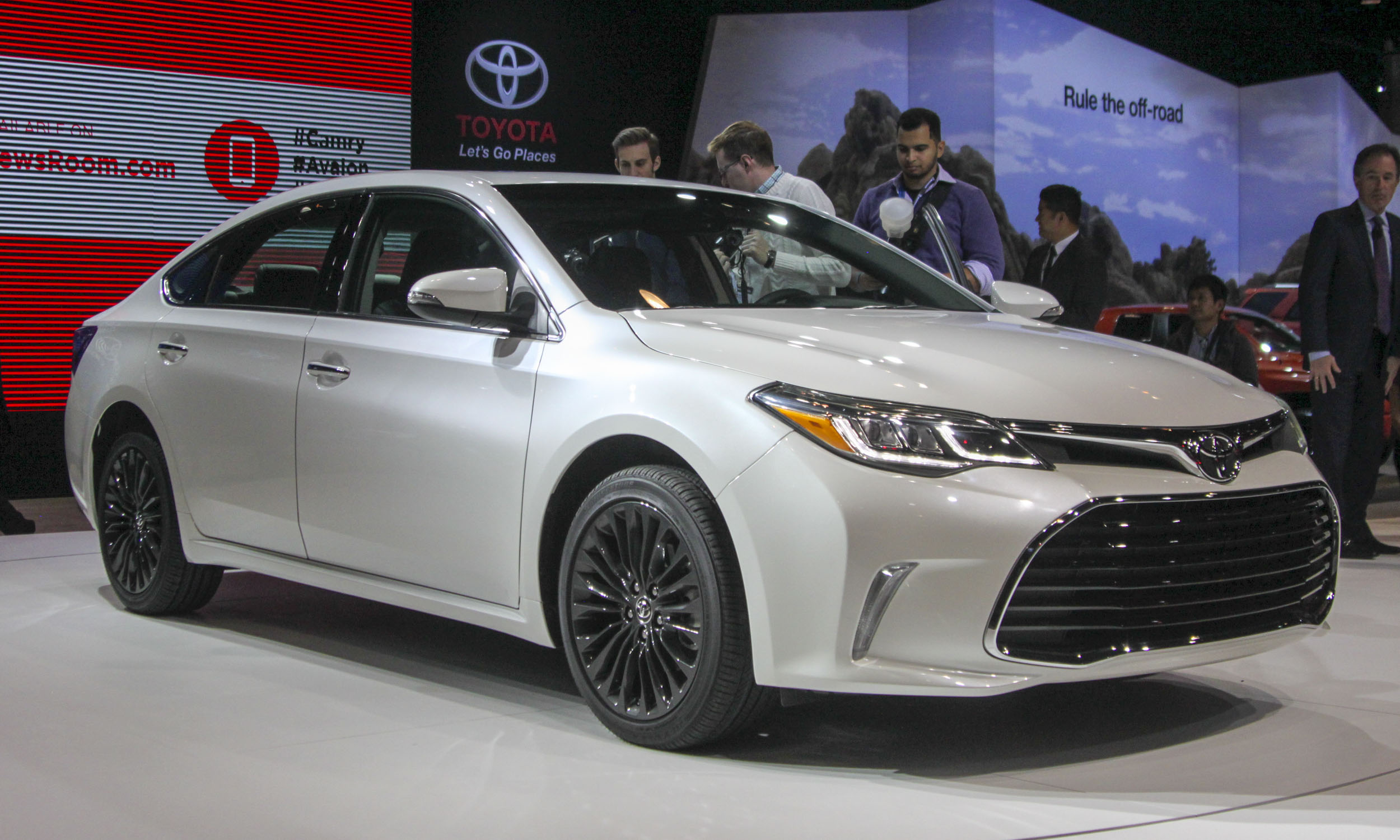 Toyota Avalon
Toyota pulled the wraps off the latest version of its flagship sedan at this year’s Chicago Auto Show. The All new a scant few years ago, the Avalon gets an updated front grille, revised LED taillights and chrome rear-bumper accents for 2016. The interior has slight updates as well, including an available 7-inch Entune Audio Plus display screen. 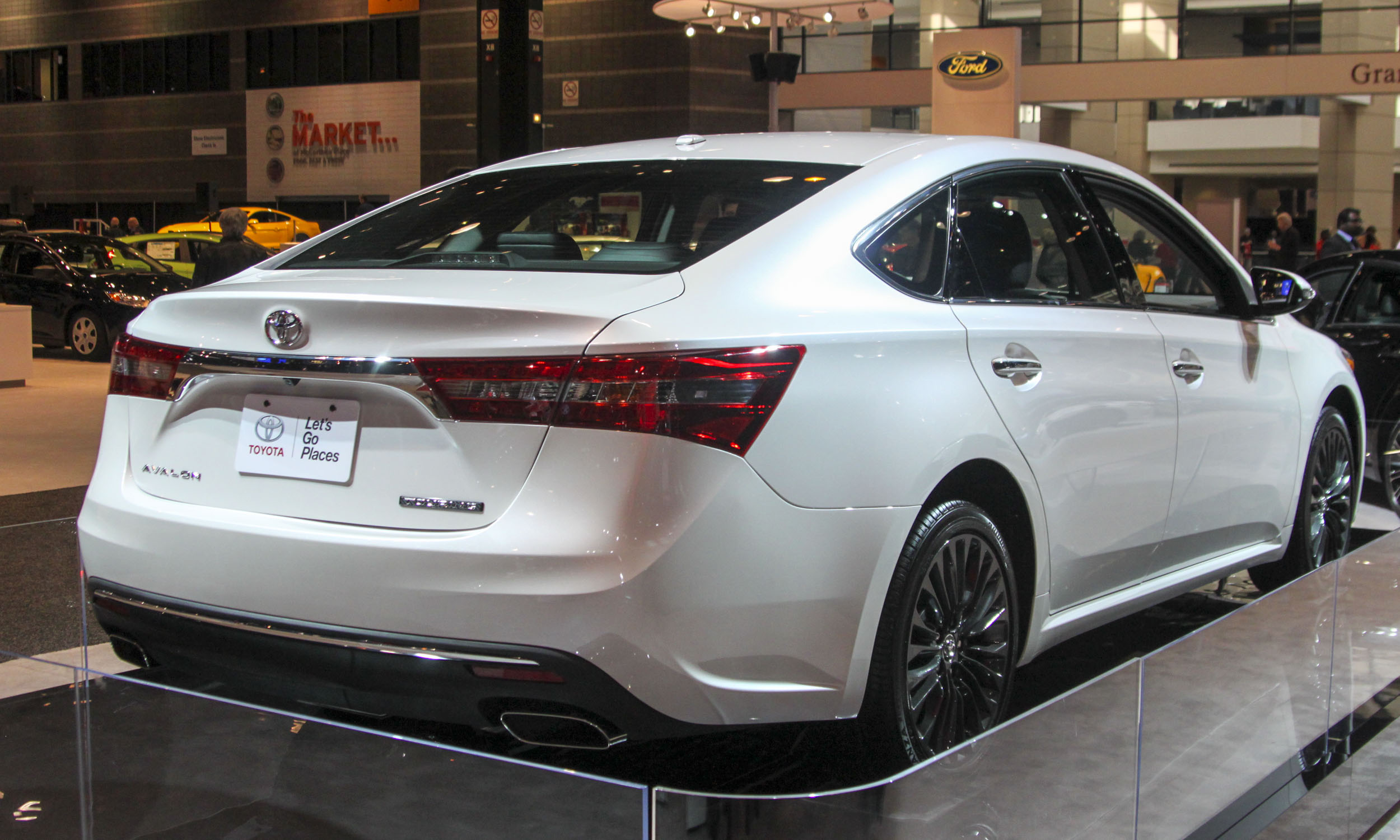 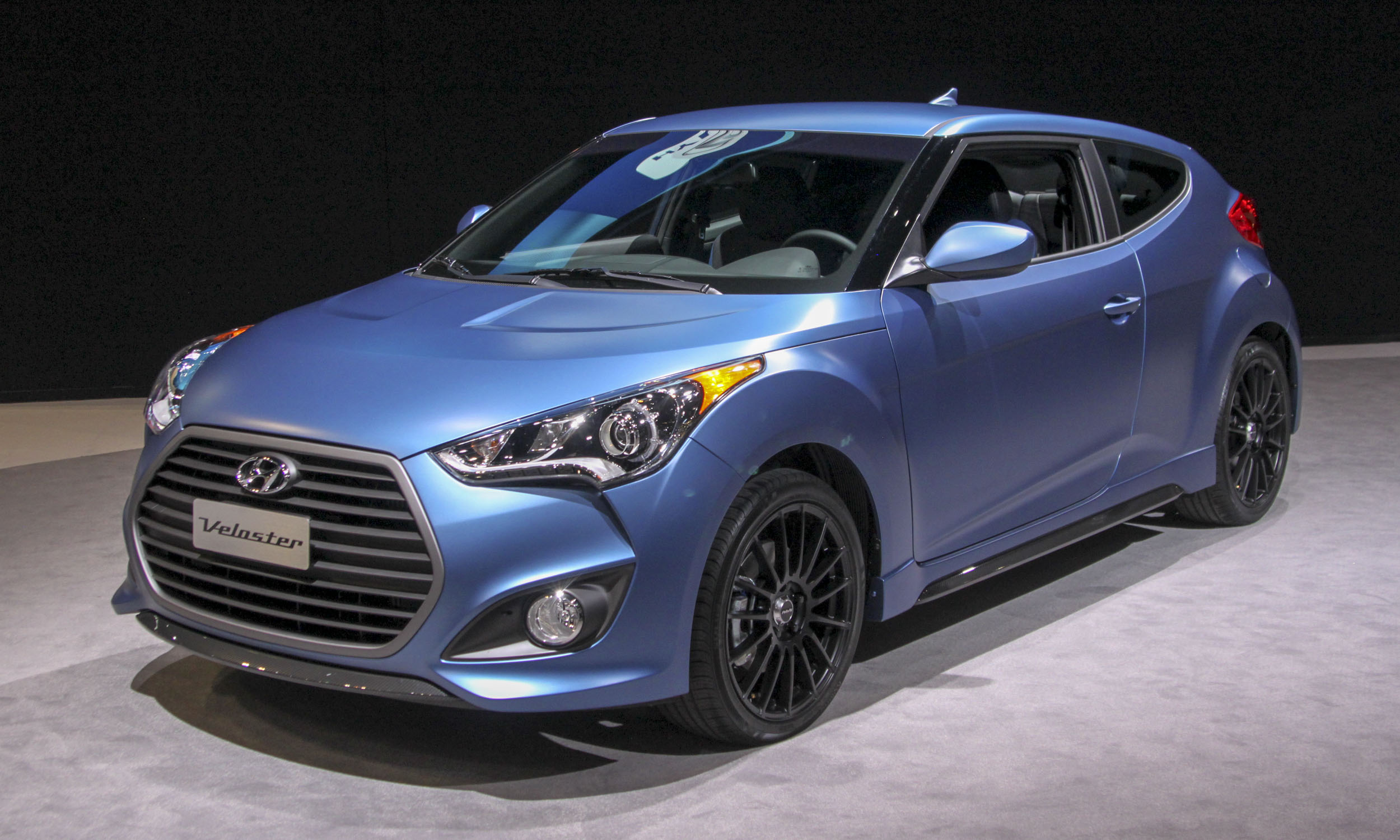 Hyundai Veloster Turbo Rally Edition
The Hyundai Veloster gets its fair share of upgrades for the 2016 model year, but most noteworthy is the introduction of the first special-edition Veloster Turbo – the Rally Edition. The Rally Edition sports unique matte blue paint, 18-inch RAYS lightweight alloy wheels, carbon-fiber-simulated aero trim, as well as unique badging and floor mats. If this sounds and looks appealing, you need to move fast — only 1,200 of these special Velosters will be built. 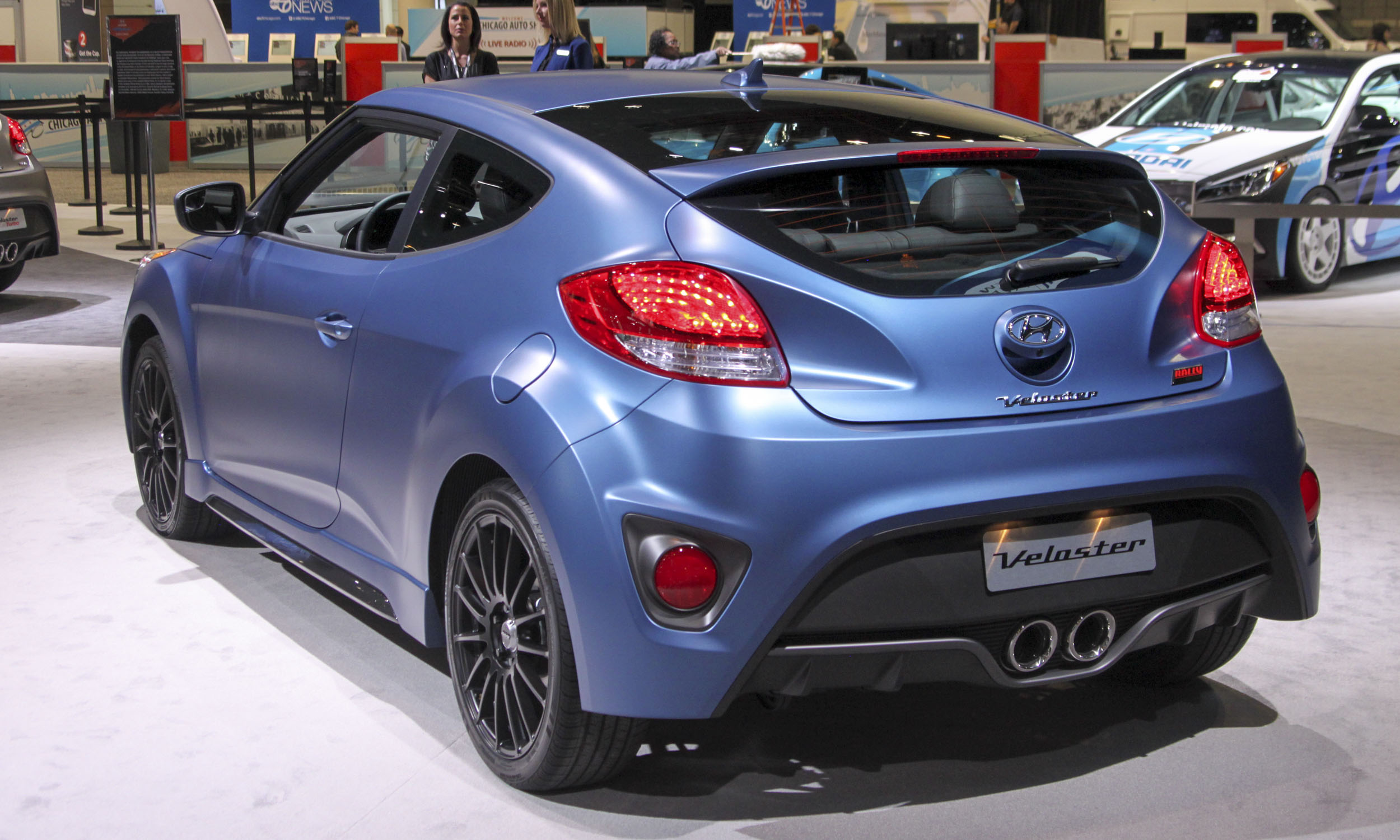 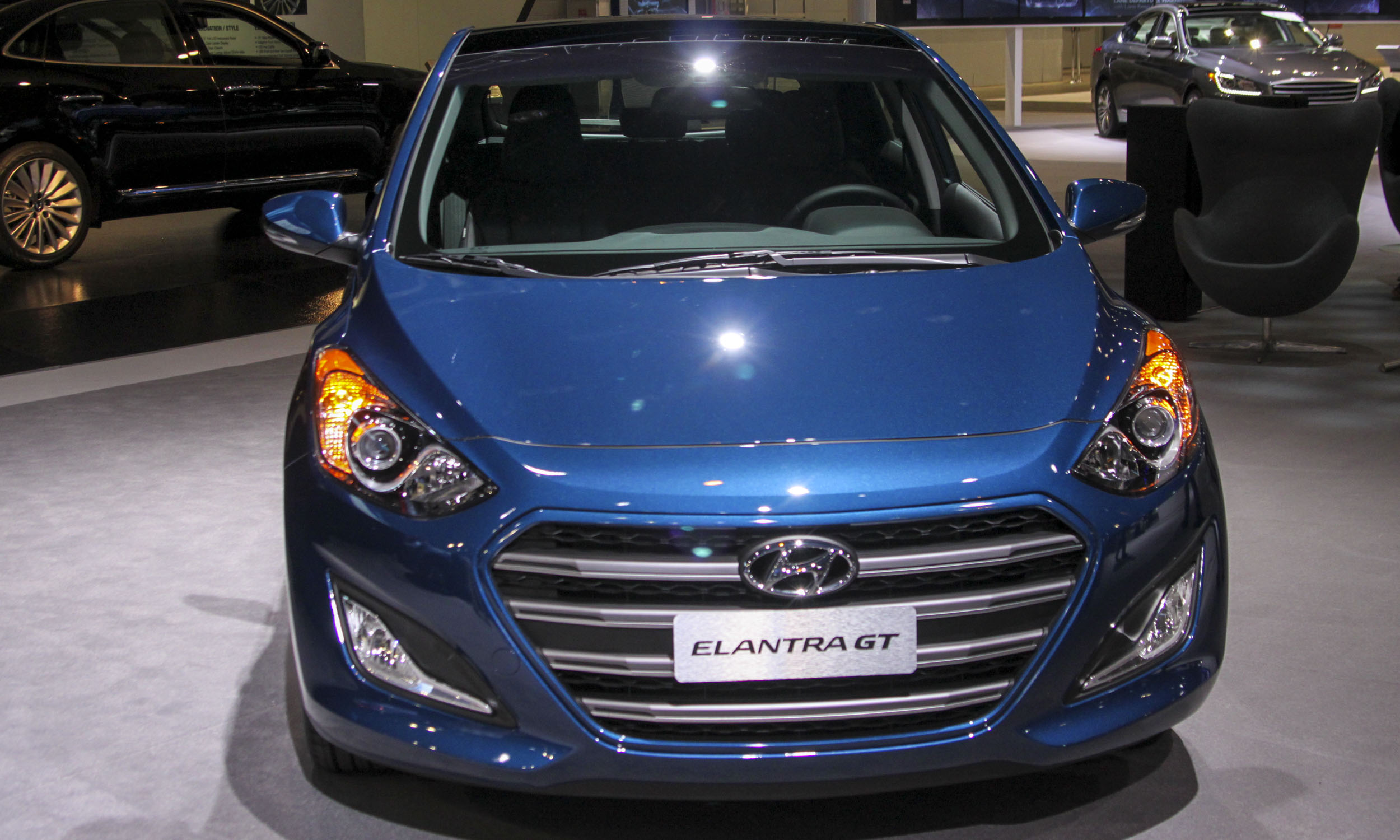 Hyundai Elantra GT
The Elantra GT gets a styling refresh for the 2016 model year, with a more distinctive front fascia and all-new 17-inch alloy wheels. Inside the cabin, passengers will be comfortable year-round thanks to heated and ventilated front seats — unusual in this class of vehicle. 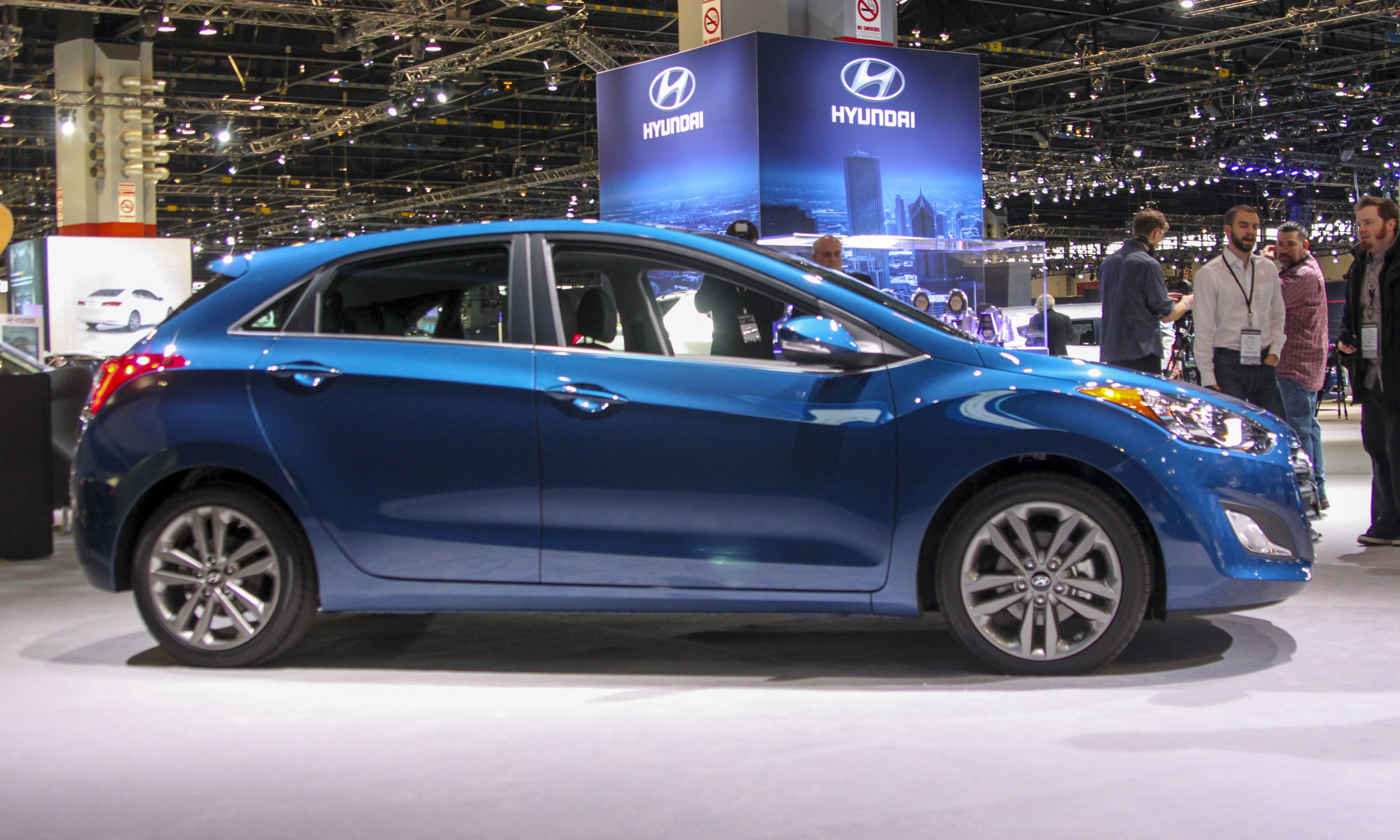 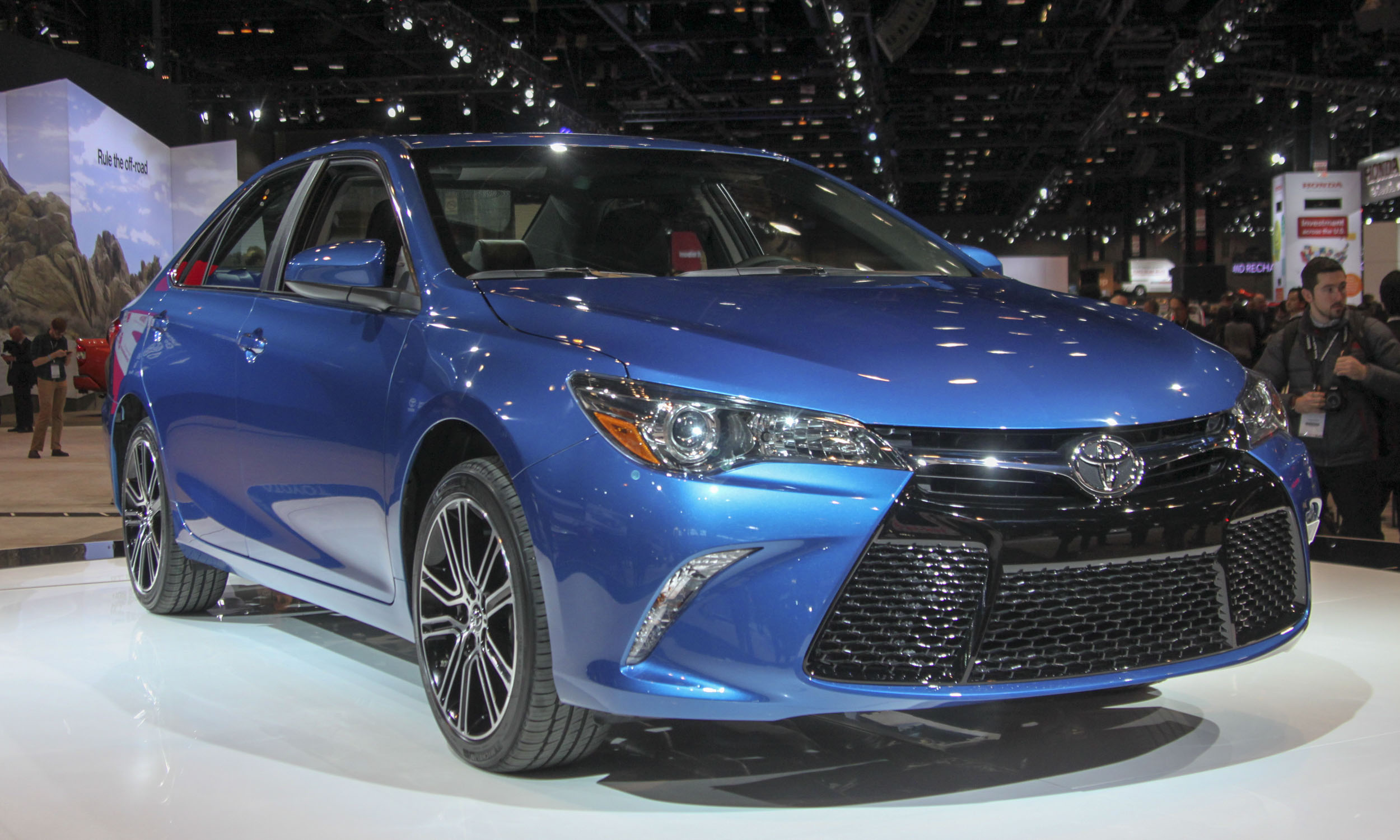 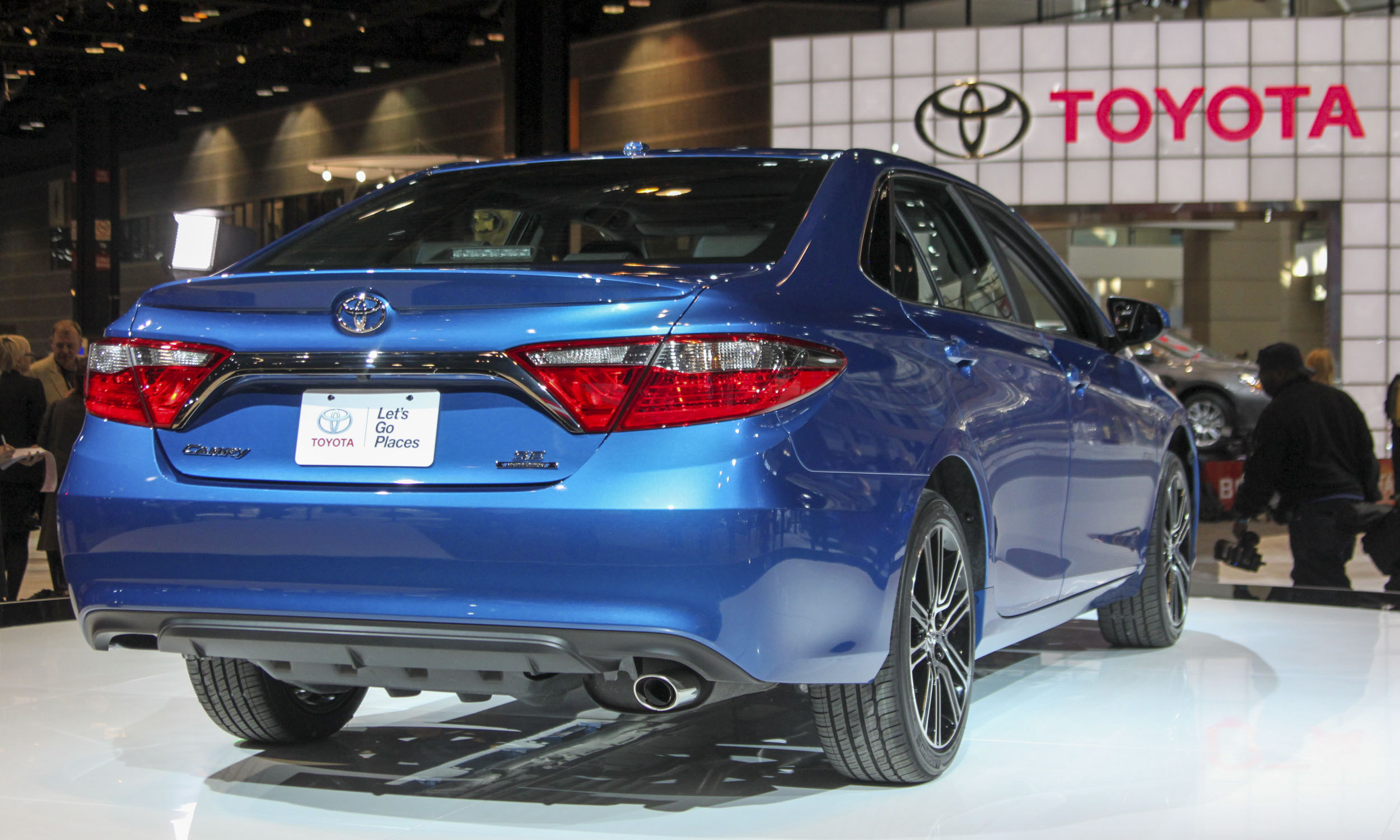 Toyota Camry Special Edition
The Toyota Camry SE will be available with either Blizzard Pearl or Blue Streak Metallic paint, and will be sold August 2015 through January of 2016. Only 12,000 examples will be built . . . if you want one, it’s probably a good idea to get your name and a deposit attached to one soon.