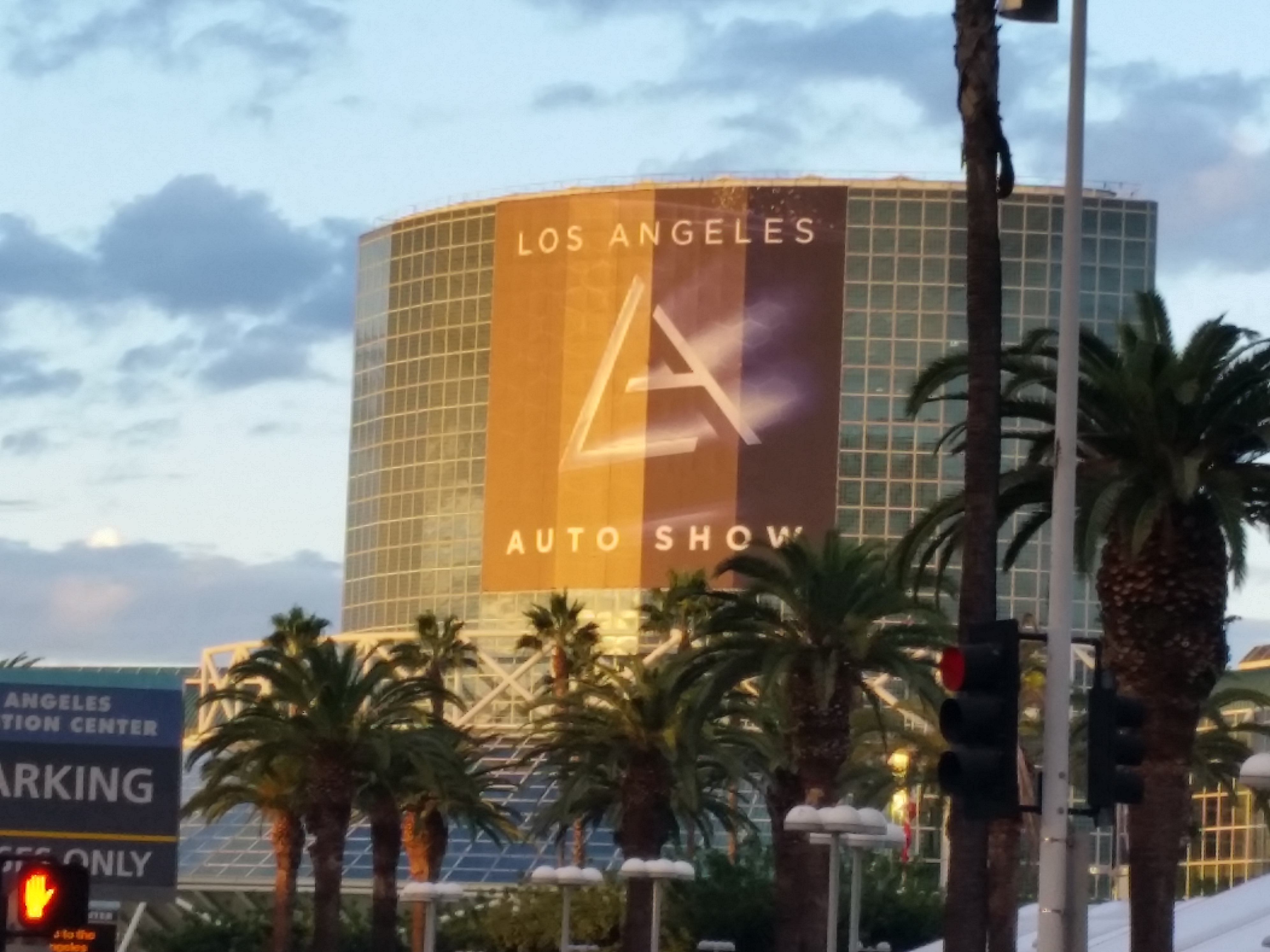 Highlights from L.A.
Although the Los Angeles Auto Show is the last major show of 2014, for those in the industry it is the start of a new auto show season. With events in Detroit, Geneva and New York in the months ahead, L.A. provides a first look at new cars coming soon. Based on what we’ve seen, the future is looking good. A wide variety of new models debuted in the City of Angels, ranging from the small Fiat 500X crossover to the over-the-top Mercedes-Maybach S600 luxury sedan. Here’s a look at the production cars that stood out at this year’s show. 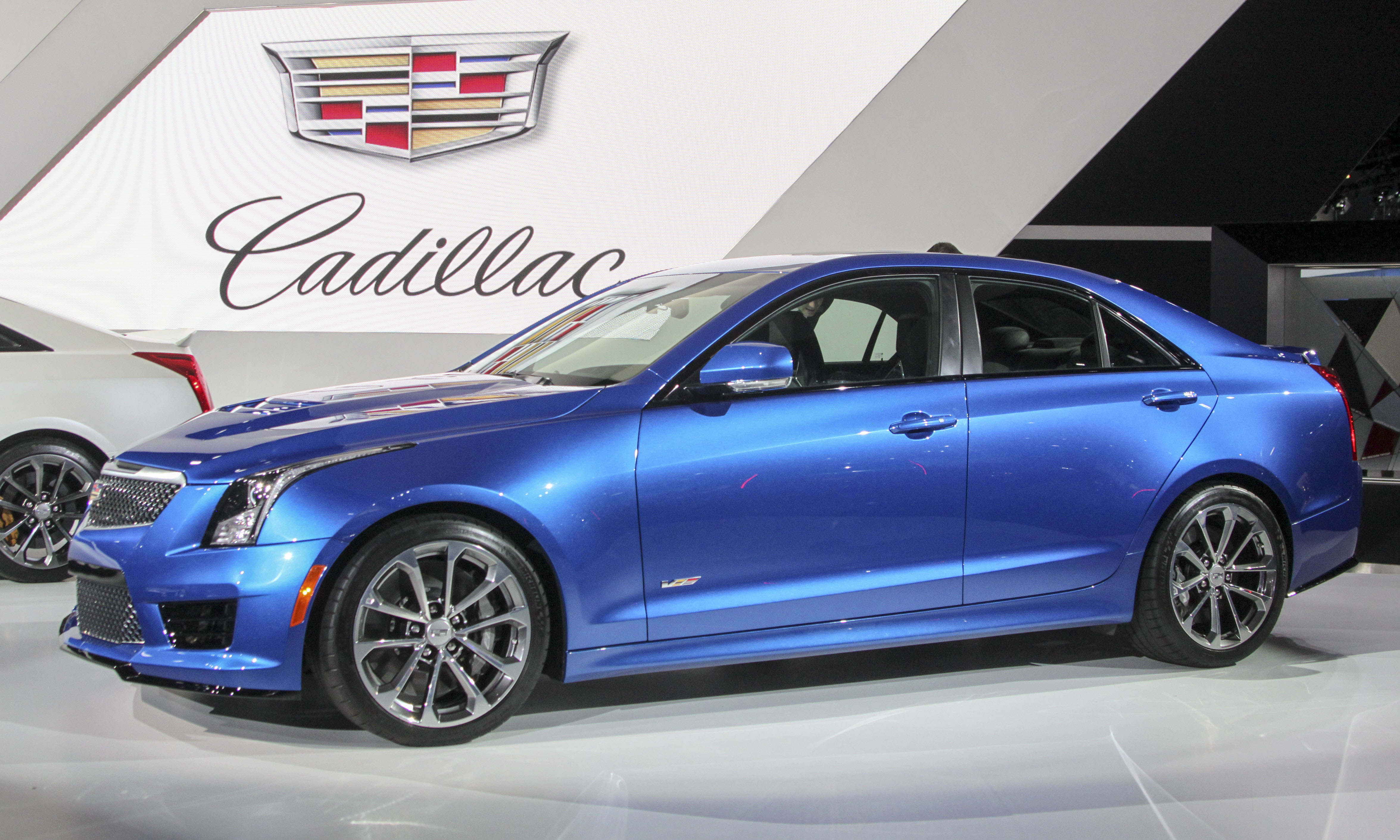 Cadillac ATS-V
Cadillac introduced its high-performance V-Series in 2004 with the CTS-V sedan. While Cadillac has yet to introduce the next-generation of CTS-V, the all-new ATS-V introduced at this year’s L.A. show should keep power-hungry customers satiated. Available as either a coupe or sedan when it goes on sale next spring as a 2016 model, the ATS-V boasts a twin-turbo 3.6-liter V6 engine producing an estimated 455 horsepower.
Driving enthusiasts will be pleased to hear that a 6-speed manual transmission is standard; however, an 8-speed automatic will also be available. Performance numbers are impressive: 60 mph will arrive in less than 4 seconds, and Cadillac claims a top speed in excess of 185 mph. If the ATS-V delivers on the driving dynamics and comfort, it should be able to go head-to-head with its German competitors. 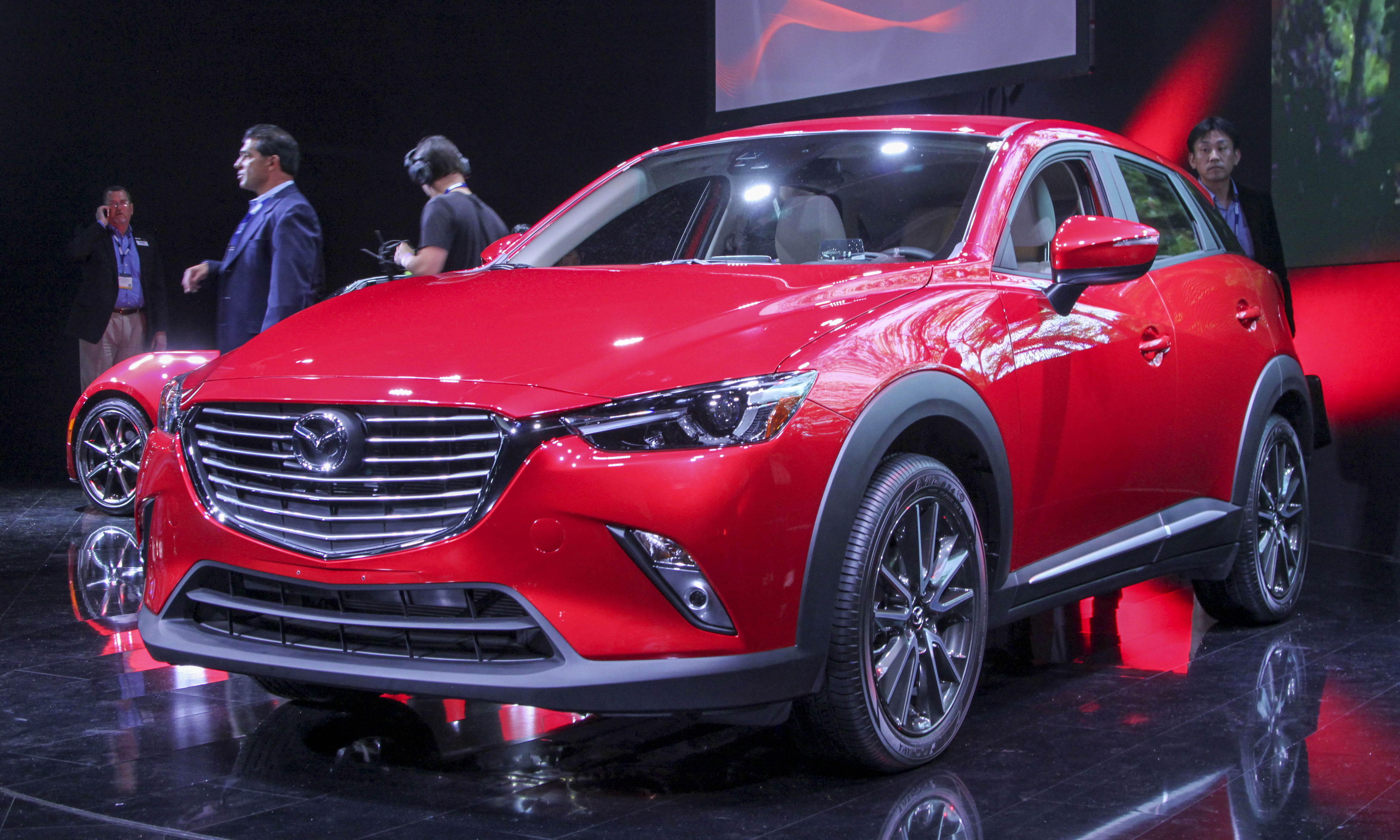 Mazda CX-3
Mazda introduced an all-new compact crossover at this year’s L.A. Auto Show. The CX-3 fits into the Mazda lineup between the 5-passenger CX-5 crossover and the Mazda3 sporty hatchback, although the CX-3 is slightly smaller than the Mazda3. The “KODO – Soul of Motion” design makes the CX-3 instantly recognizable as a Mazda. The small crossover will utilize Mazda’s SKYACTIVE-G 2.0-liter engine, which not only should provide great fuel efficiency but should also make the CX-3 a blast to drive.
The CX-3 will feature Mazda’s new-generation AWD system, giving it a leg up on the front-wheel-drive Mazda3 hatchback. Using the same active-torque control introduced in the CX-5, the CX-3 also features a front wheel slip-detection system, which employs sensors to monitor the driver’s intentions as well as constantly changing driving conditions. 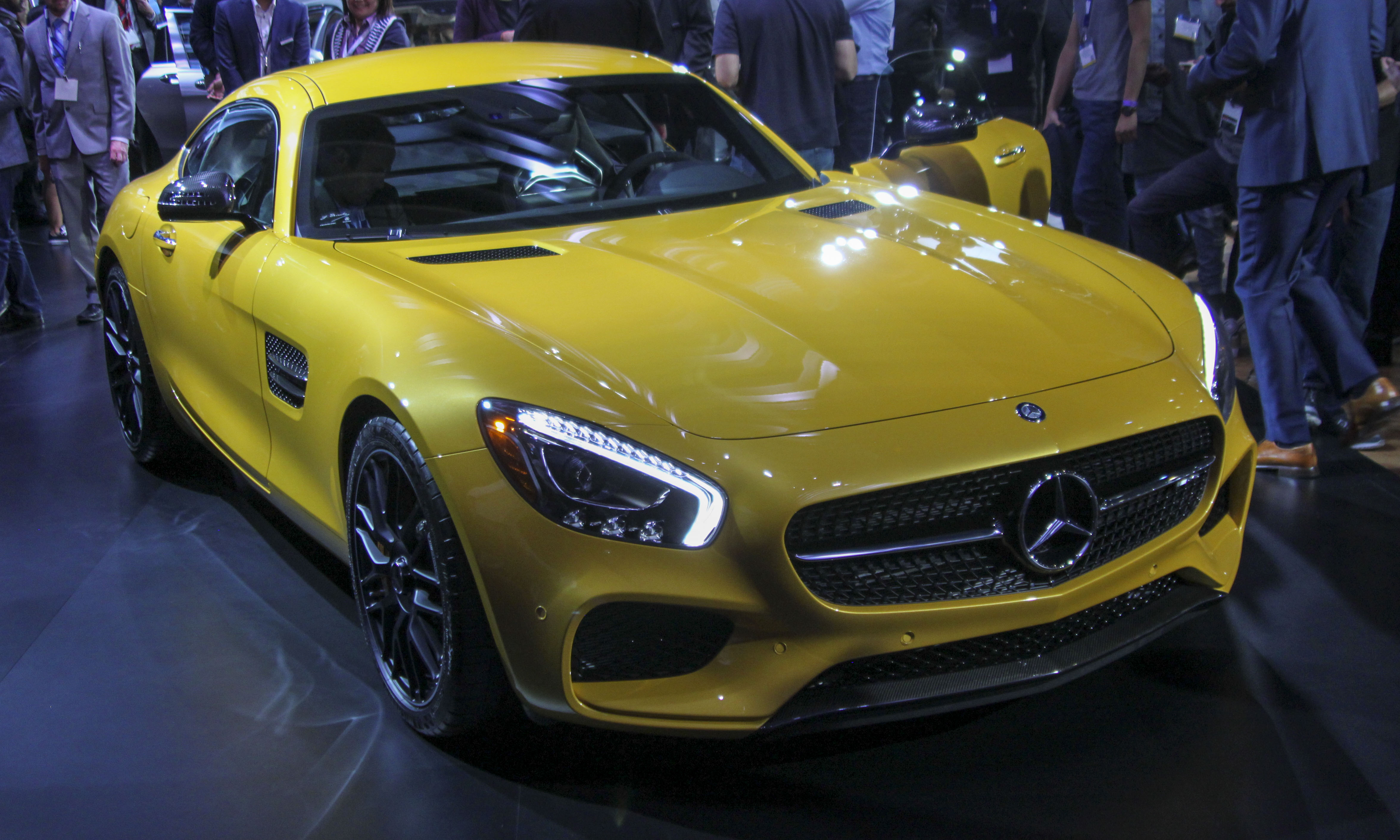 Mercedes-Benz AMG GT/GTS
While in L.A. it was disappointing to hear that Mercedes is discontinuing its sexy gull-winged SLS sports car, but for those interested in a fine German luxury sports car there’s a new model that should fit the bill. The AMG GT is the second model created by in-house by Mercedes AMG and it is quite stunning to see in person.
In true Mercedes form, the interior is well thought out and surprisingly roomy, but the heart of this new model is what AMG puts under the hood. The standard 4.0-liter V8 puts out 456 horsepower — stepping up to the GT S turns the power up to an impressive 503 horses. Either option will get you to 60 mph in less than 4 seconds, topping out around 190 mph. 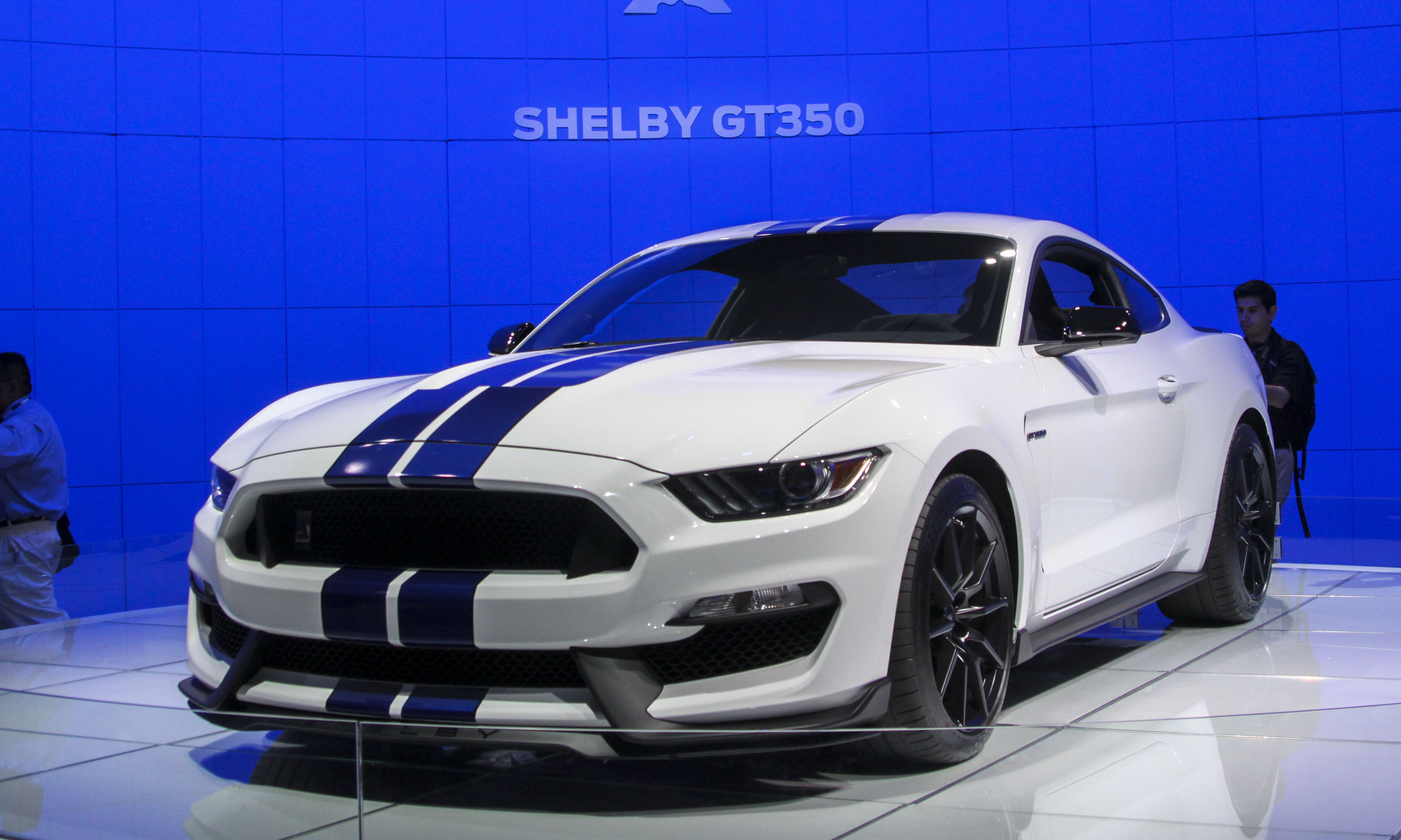 Ford Shelby GT350
The new Ford Mustang is barely on sale and Ford has already pulled the wraps off the first Shelby performance version of the legendary pony car. As with past models that have worn the Shelby name, the GT350 takes the standard Mustang and turns it into something truly special. In this case, the GT350 gets upgraded wheels, brakes, suspension and a stiffer structure.
All these upgrades help the GT350 make use of its more powerful 5.2-liter V8 engine. The all-new engine features a flat-plane crankshaft — a design typically found in race cars — and produces more than 500 horsepower. This makes this V8 the most powerful naturally-aspirated Ford production engine ever. 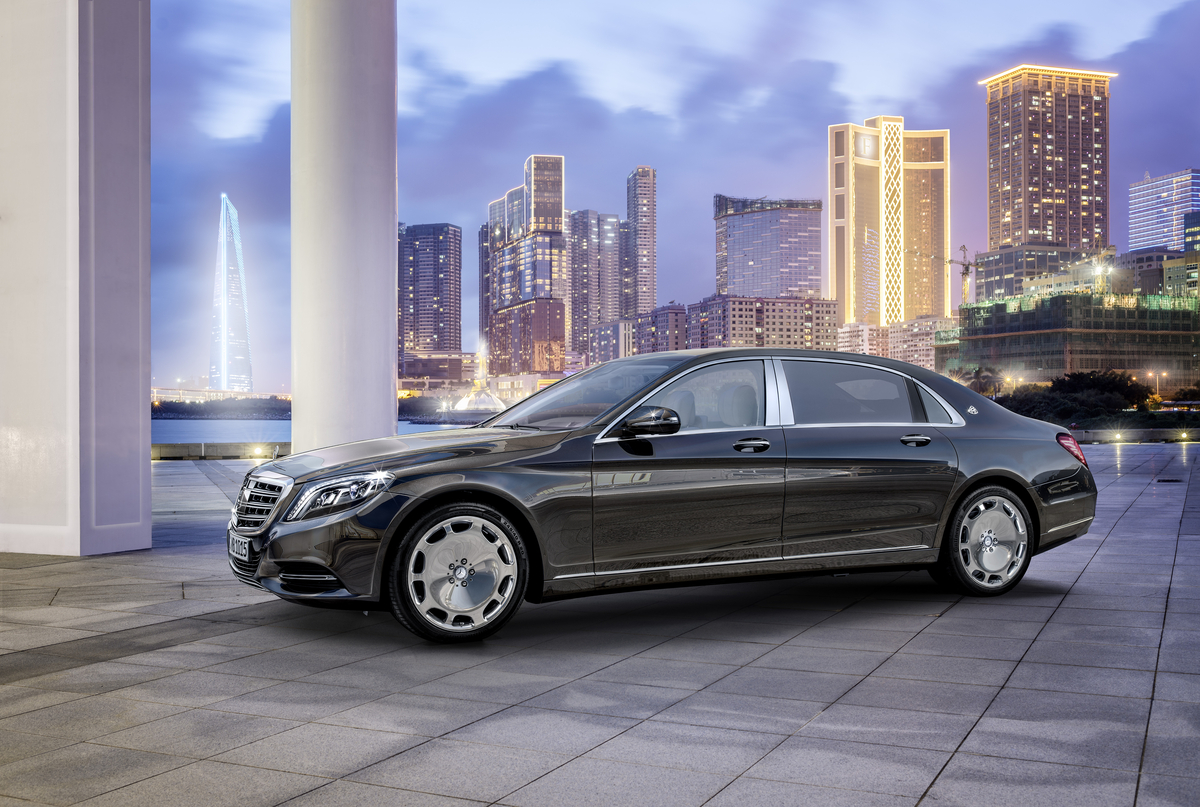 Mercedes-Maybach S600
In the early 2000s Mercedes introduced an ultra-luxurious sedan wearing the legendary brand Maybach. With prices starting around $350,000, the Maybach never reached the expected sales numbers and was discontinued several years ago. Fast forward to 2014 and Maybach is back — but this time rather than building an all-new platform, Mercedes has smartly made the Maybach a variant of its already impressive S-Class line. At almost 18 feet long, the Mercedes-Maybach certainly makes a statement.
While its 6.0-liter biturbo V12 makes over 500 horsepower, the M-M S600’s passengers will be more enamored with its opulent rear seat. Two executive seats recline and provide lucky passengers with a footrest, massagers, heating and cooling and a very soft pillow built into the head restraint. Dual-zone climate control keeps each passenger comfortable, and the rear console can be equipped with thermal cupholders to keep drinks hot or cold. Tables also fold out like those found on an airplane in case you feel the need to get some work done. 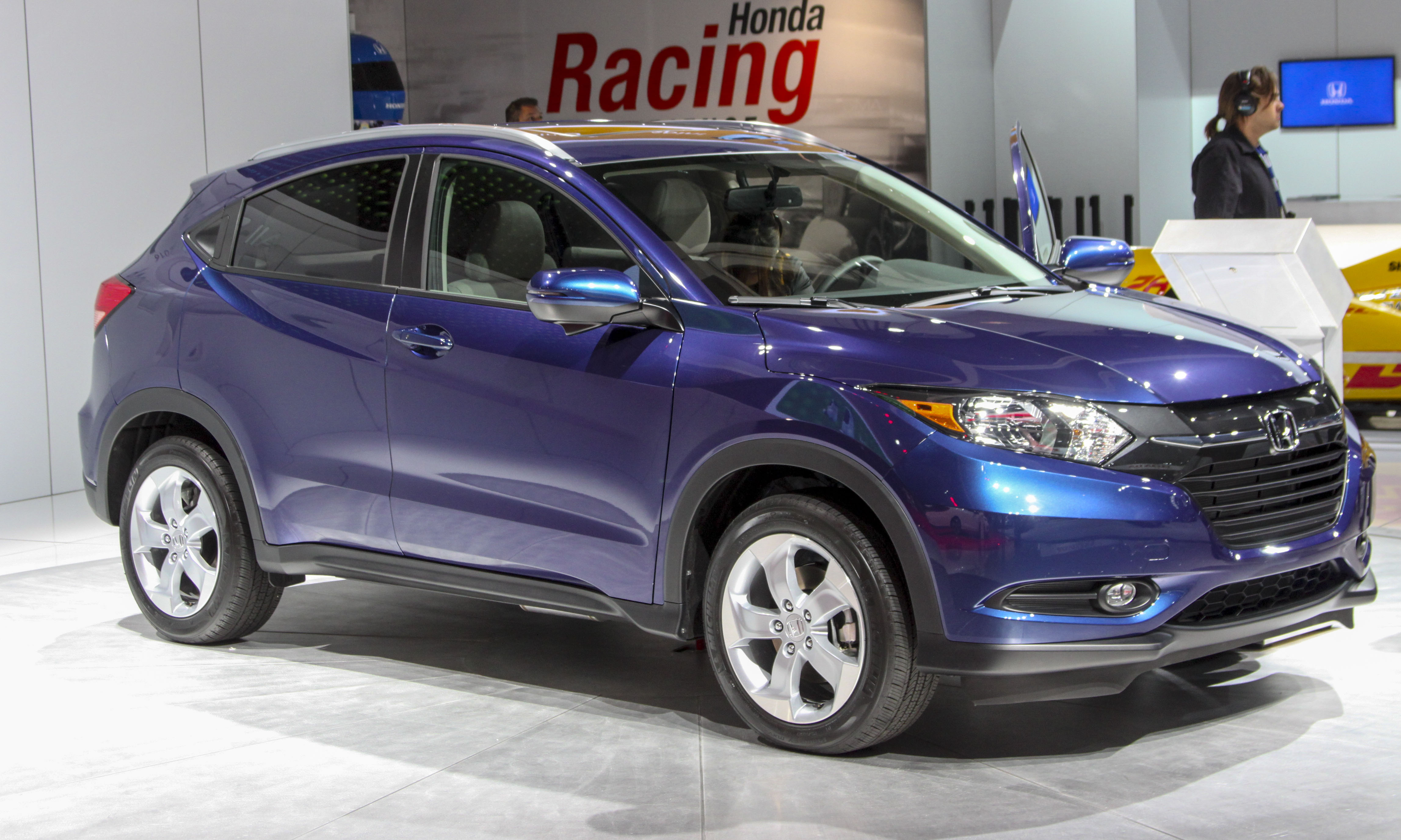 Honda HR-V
Not to be left out of any major market, Honda debuted the all-new HR-V in L.A., which will compete in the quickly growing compact SUV segment. Built on an all-new global platform, the HR-V utilizes Honda’s “Magic Seat,” which can be configured in multiple ways to favor cargo or passengers. There’s almost 60 cubic feet of cargo space with the rear seats folded, rivaling some midsize SUVs.
The styling of the HR-V is clearly Honda — nothing terribly exciting but similar to the look of the larger CR-V. Available as a front- or all-wheel driver, the HR-V gets power from a fuel-efficient 1.8-liter engine producing 138 horsepower. 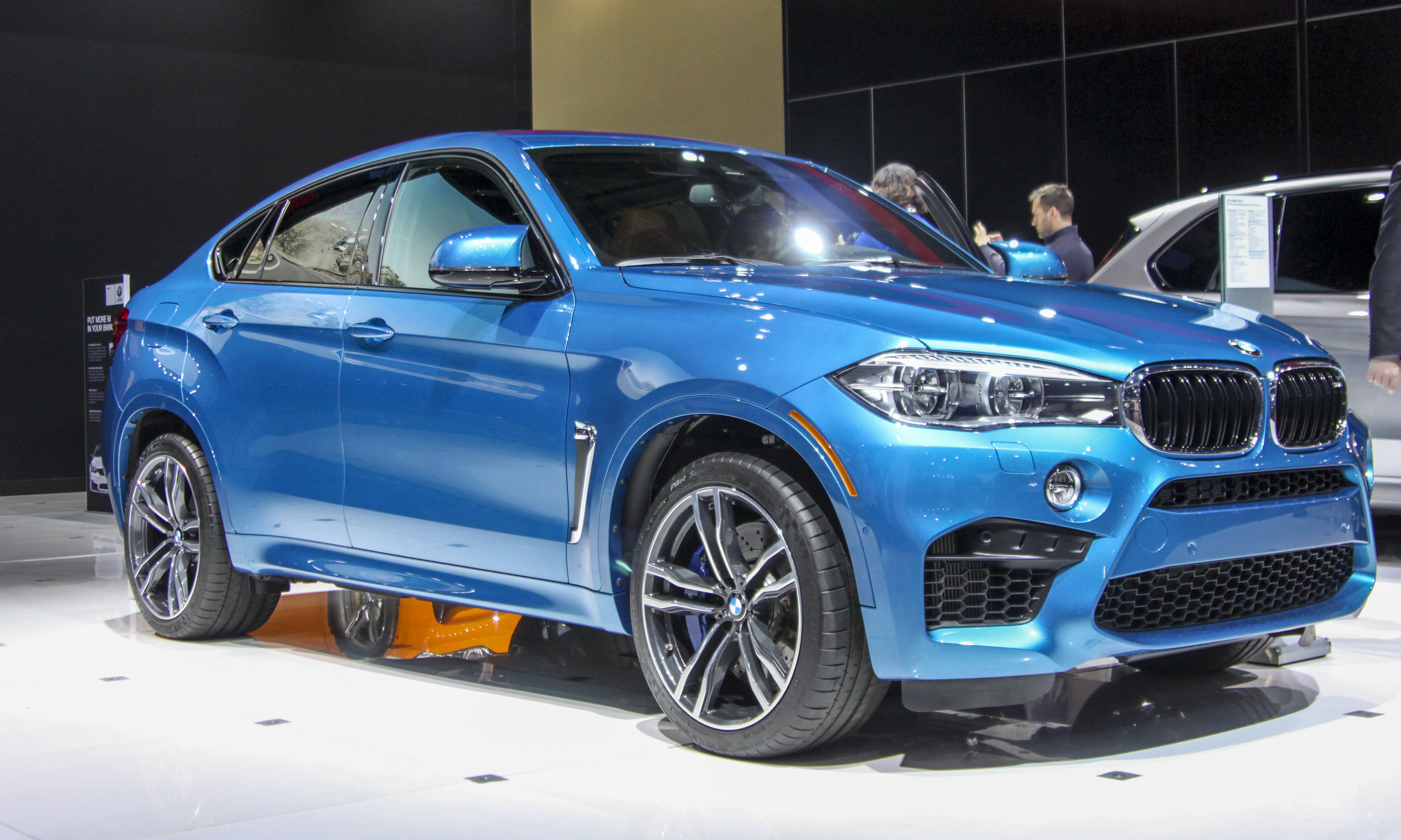 BMW X5 M/X6 M
BMWs always offers great driving performance, but for the ultimate in fun there are the BMW ‘M’ variants. Two new M entries were introduced in L.A. — the X5 M and X6 M. The X5 is BMW’S classic-looking SUV, while the X6 offers more “fastback” styling. While both variants offer the utility of an SUV, with a TwinPower Turbo V8 sending 567 horsepower to all four wheels there’s clearly more emphasis on sport than utility.
Both the X5 M and X6 M stand apart from their more pedestrian siblings with larger air intakes in front, signature M exterior mirrors, side gills, four tailpipes and a rear spoiler. The 21-inch light alloy wheels with Michelin Pilot Super Sport tires are a perfect addition to these aggressive-looking vehicles. 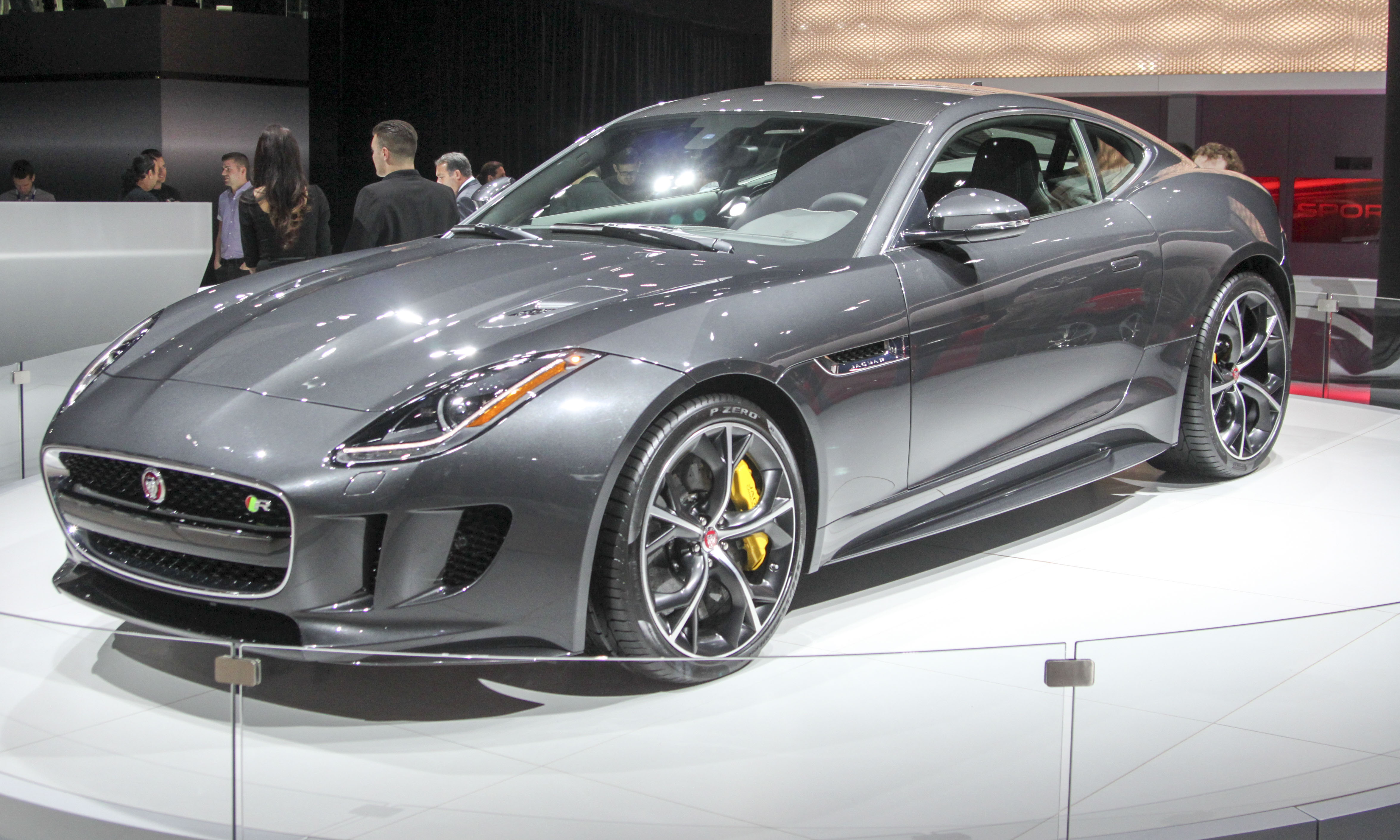 Jaguar F-TYPE AWD
The Jaguar F-TYPE is one of the most beautiful and powerful cars on the road today, but when roads get slick having more than 500 horsepower driving the rear wheels can make for some challenging situations. In anticipation of these compromising positions, Jaguar is introducing AWD to the F-TYPE lineup. F-TYPE S and F-TYPE R in coupe and convertible form are available with AWD.
It was important for the F-TYPE to retain its excellent driving dynamics, so the AWD system features torque on demand with “Intelligent Driveline Dynamics.” Under normal conditions the F-TYPE remains a rear-wheel-drive car. Torque is only delivered to the front wheels when it’s needed to enhance traction.

Porsche 911 GTS
Porsche introduced the latest variant in the 911 lineup at this year’s L.A. show — the new 911 GTS. Actually, this new 911 has four versions — it is available as a coupe or cabriolet with rear- or all-wheel drive. These four bring the total number of 911s available to 19 different flavors.
The GTS stands apart from the rest of the 911 lineup both visually and technically. Power comes from the 3.8-liter engine found in the Carrera S but gets an additional 30 ponies for a total of 430 horsepower. A sport exhaust system gives the GTS an unmistakable sound while the Bi-Xenon headlights and the lowered ride height give the latest 911 a unique look. 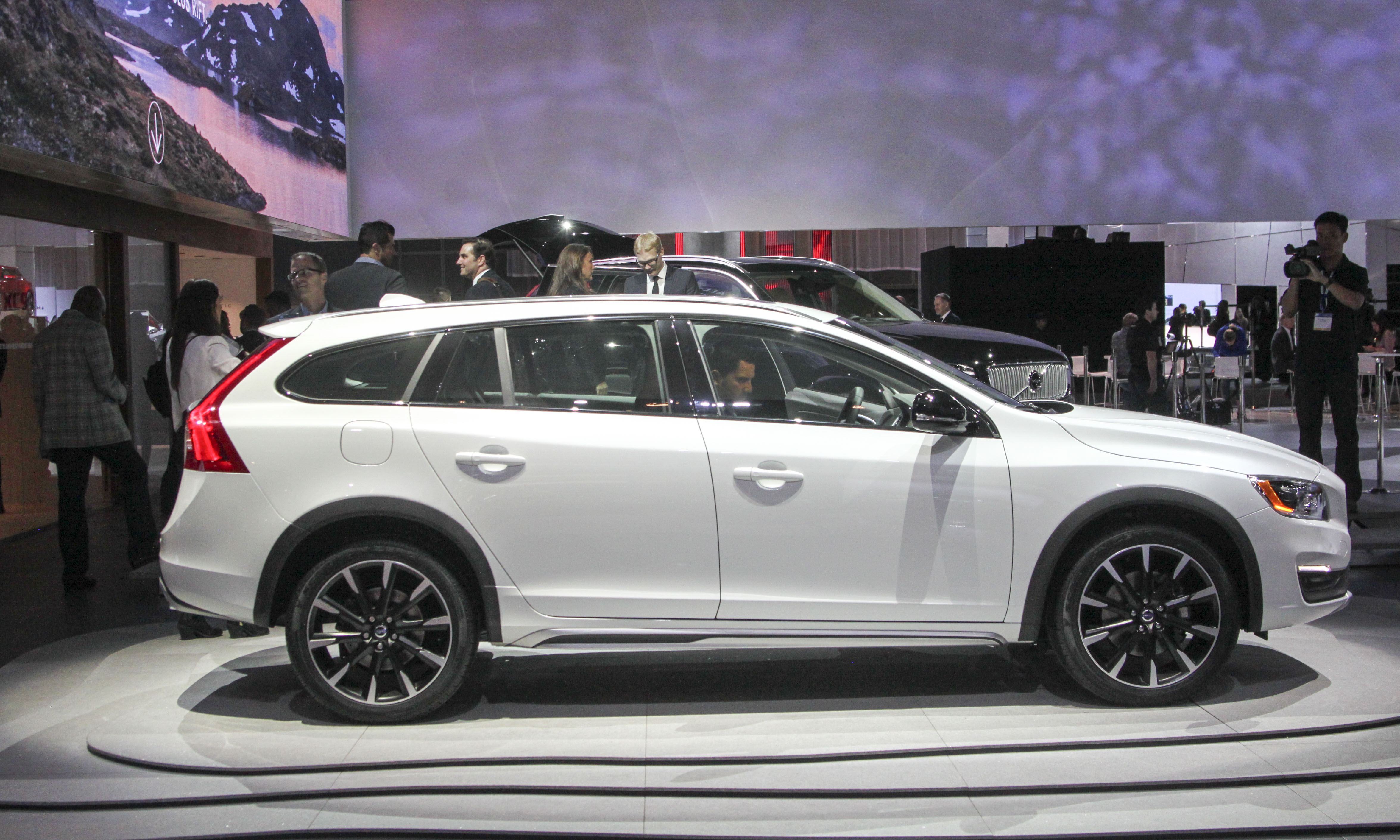 Volvo V60 XC
Volvo was the first premium car company to offer a wagon with off-road styling and capability, and to continue their presence it that space, the all-new V60 Cross Country (XC) wagon made its debut at the L.A. show. Compared to the standard V60, the Cross Country gets about 2.5 inches of additional ground clearance and with its high-profile tires it looks ready for jaunts on- or off-road.
The new V60 XC will arrive in showrooms featuring Volvo’s iconic 5-cylinder engine producing 250 horsepower while delivering an estimated 23 mpg. Volvo will also offer a diesel engine in the V60 XC, but no word at this time if the diesel will make it to the U.S. 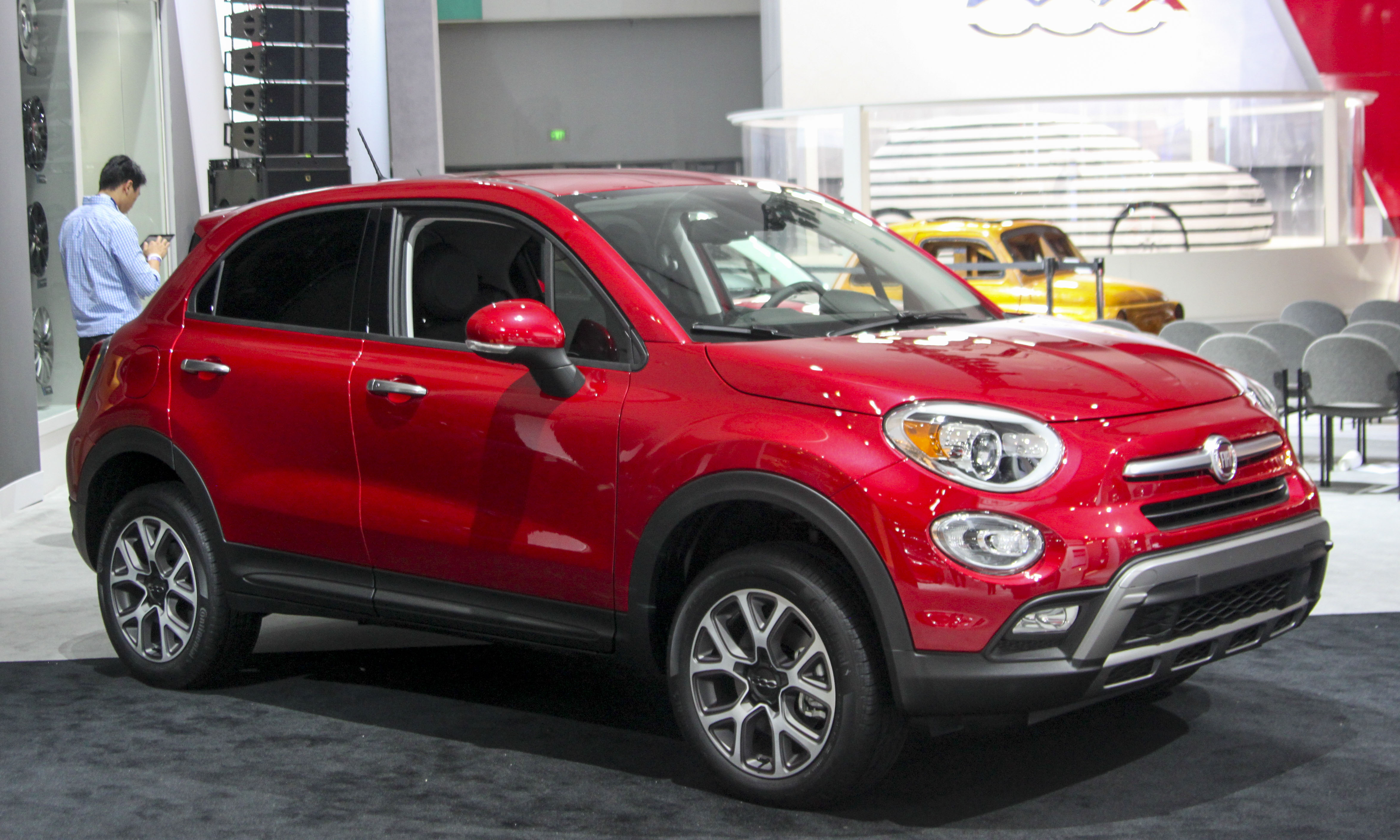 Fiat 500XFiat returned to the U.S. market in 2012 with a car that played perfectly into the Italian car company’s heritage — the diminutive, fun-to-drive 500. Now Fiat is embracing the American market with an entry into what seems to be America’s favorite segment — the crossover. The 500X stays true to the brand, with styling matching the rest of the 500 lineup and a size not much larger than the original 500.
Two engines will be available on the new 500X — a 160-horsepower 1.4-liter turbo or a larger 2.4-liter engine putting out 180 horsepower. Of course the 500X will be available with AWD; the advanced system will disconnect the rear axle when not needed, with the intent of improving fuel economy. 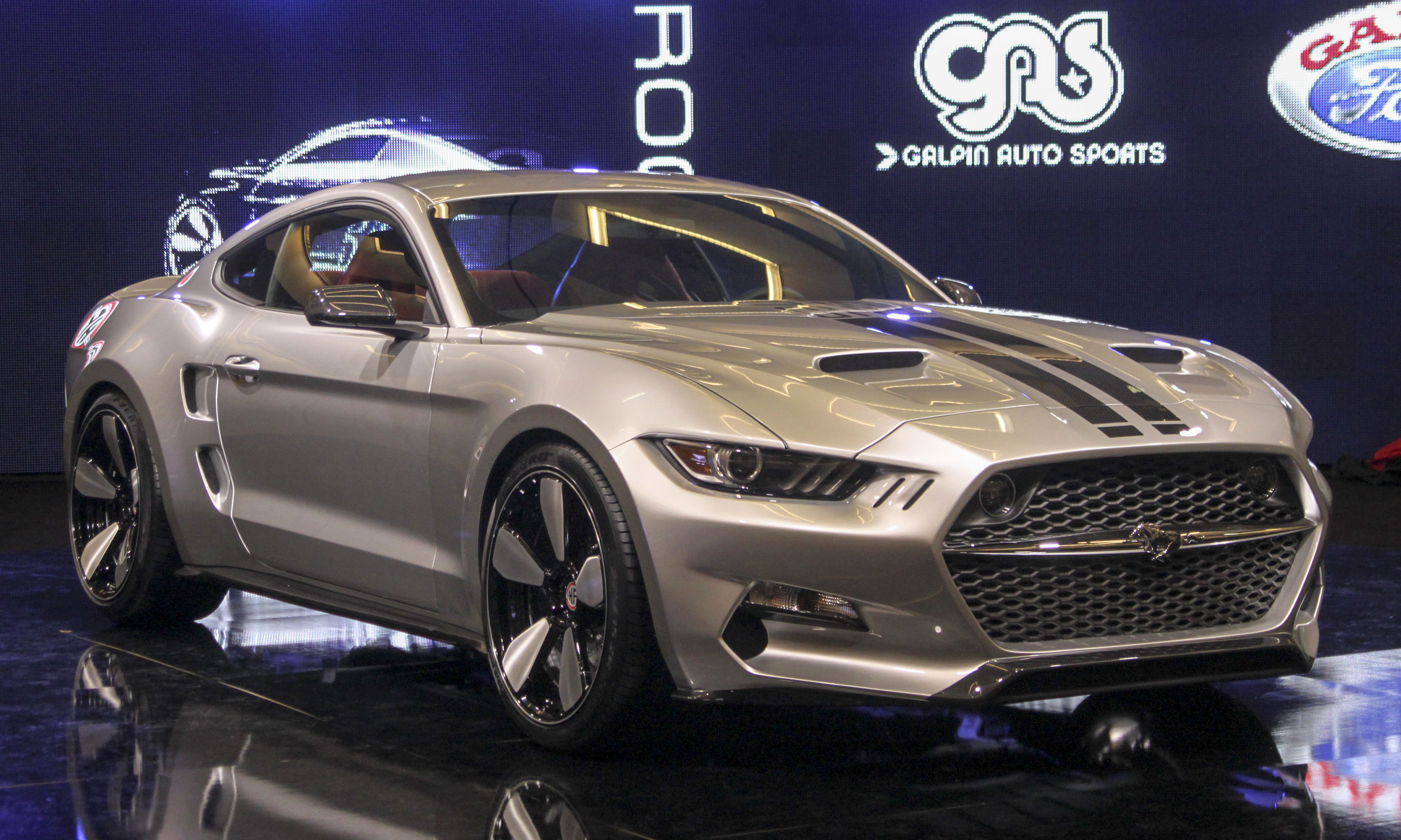 Galpin-Fisker RocketYes, clearly this is a Mustang, but certainly not your typical Mustang. This powerful-looking pony car was the brainchild of Beau Boeckmann (president and COO of Galpin Ford, the largest Ford dealership in the country) and Henrik Fisker (designer of many iconic vehicles, including the beautiful Aston Martin DB9). This low-volume carbon fiber-bodied Mustang is called the Rocket.
As expected, the Rocket isn’t just a looker — there’s real muscle under that sculpted carbon-fiber hood in the form of a 725-horsepower V8 engine (which explains the hood graphic). Production of the Rocket will begin in December with first deliveries expected to take place in spring of 2015.