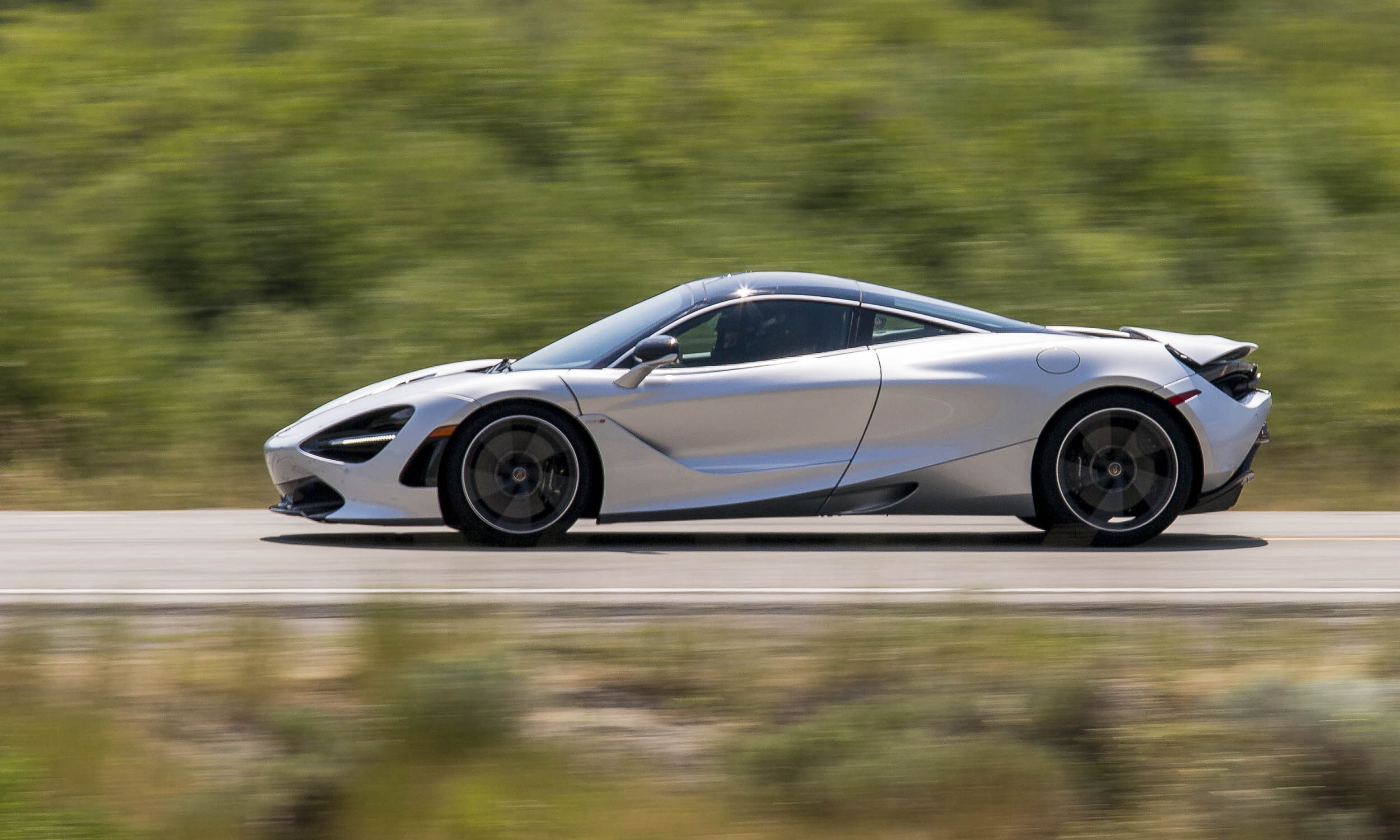 Speed Without Limits
It doesn’t matter what car you’re driving — if you’re on the open road and happen to hit a long vehicle-free straight stretch, for a moment you might consider putting your right foot down to go as fast as the car will take you. It’s human nature: the temptation to go faster, or the need for speed. But you don’t do it (we hope) since it’s illegal and dangerous. However, for one day each year in Sun Valley, Idaho, the authorities close down a remote, long, straight section of Highway 75 and a small group of drivers has the opportunity to push the limits: to go as fast as their cars (and their nerves) will take them. The event is the Sun Valley Tour de Force and, thanks to McLaren, we had a suitable vehicle to fly down that long, straight road — the all-new 720S. 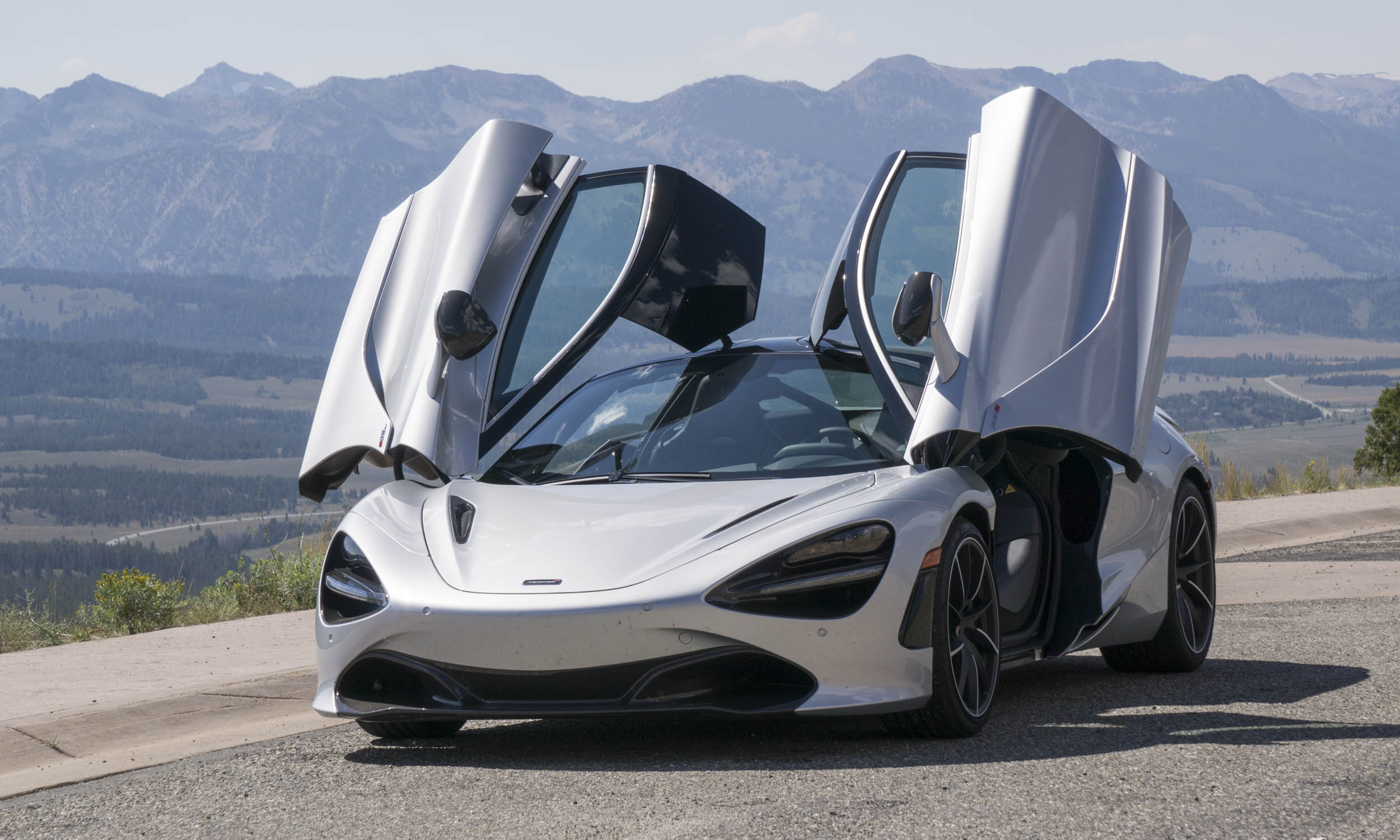 Beautiful Idaho
Idaho is not typically considered a destination for a bevy of high-performance supercars, but Sun Valley in the south-central region of the state turned out to be an ideal host city for this unique event. Surrounded by mountains with some amazingly picturesque and fun driving roads, what is a well-known ski town in the winter is also a great summer destination. And while there have been similar events in Sun Valley in years past, 2018 is the first year for the Tour de Force. 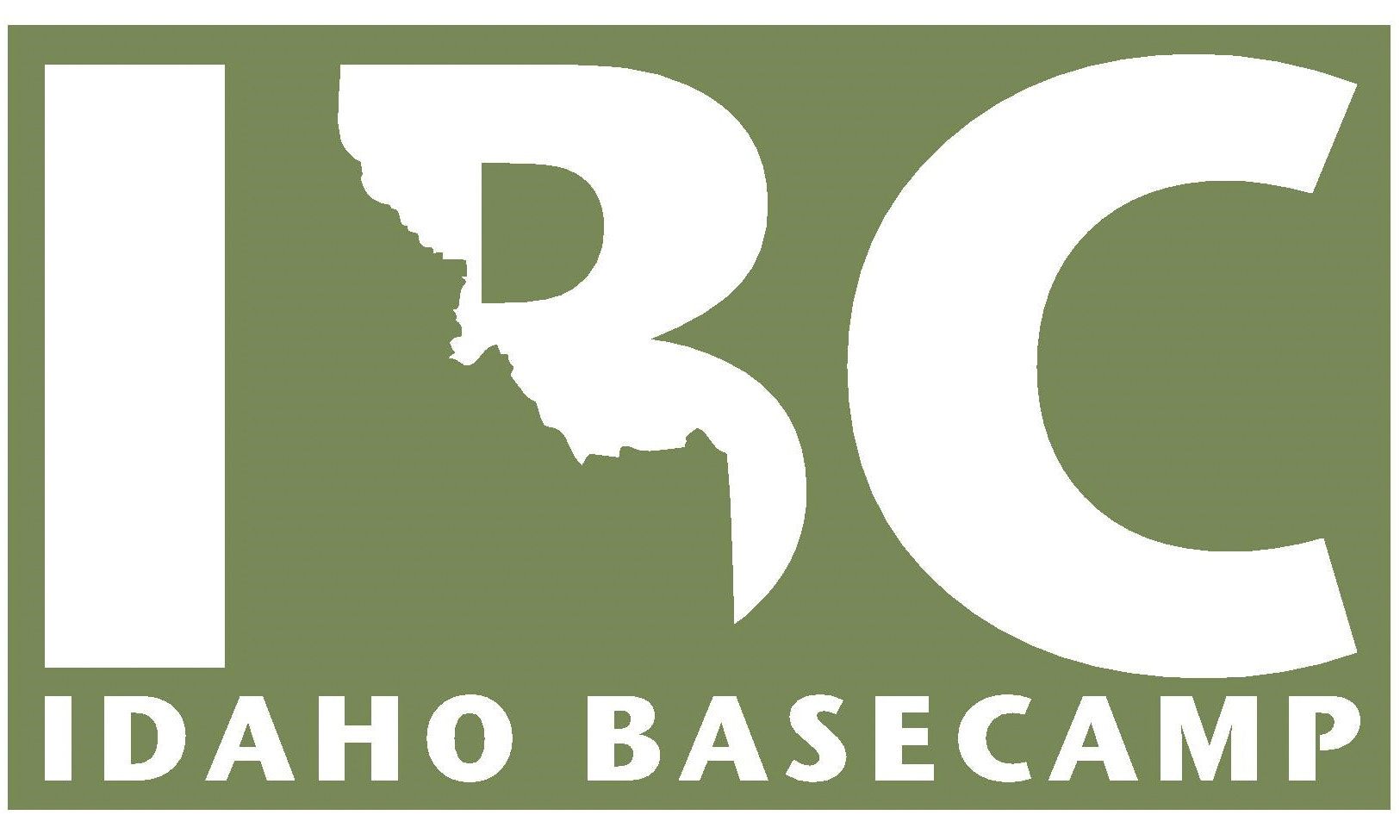 Charity
The Tour de Force isn’t simply about cars going insanely fast — it’s a run for a good cause. Entrants’ fees and other donations support Idaho Basecamp, an outdoor adventure educational organization. This year enough money was raised to send an entire fifth-grade class from one of Blaine County’s public schools to Outdoor Adventure Education Camp. Students will be able to enjoy a multi-night campout filled with outdoor adventure education and team building at Idaho Basecamp’s headquarters outside picturesque Mackay, Idaho. 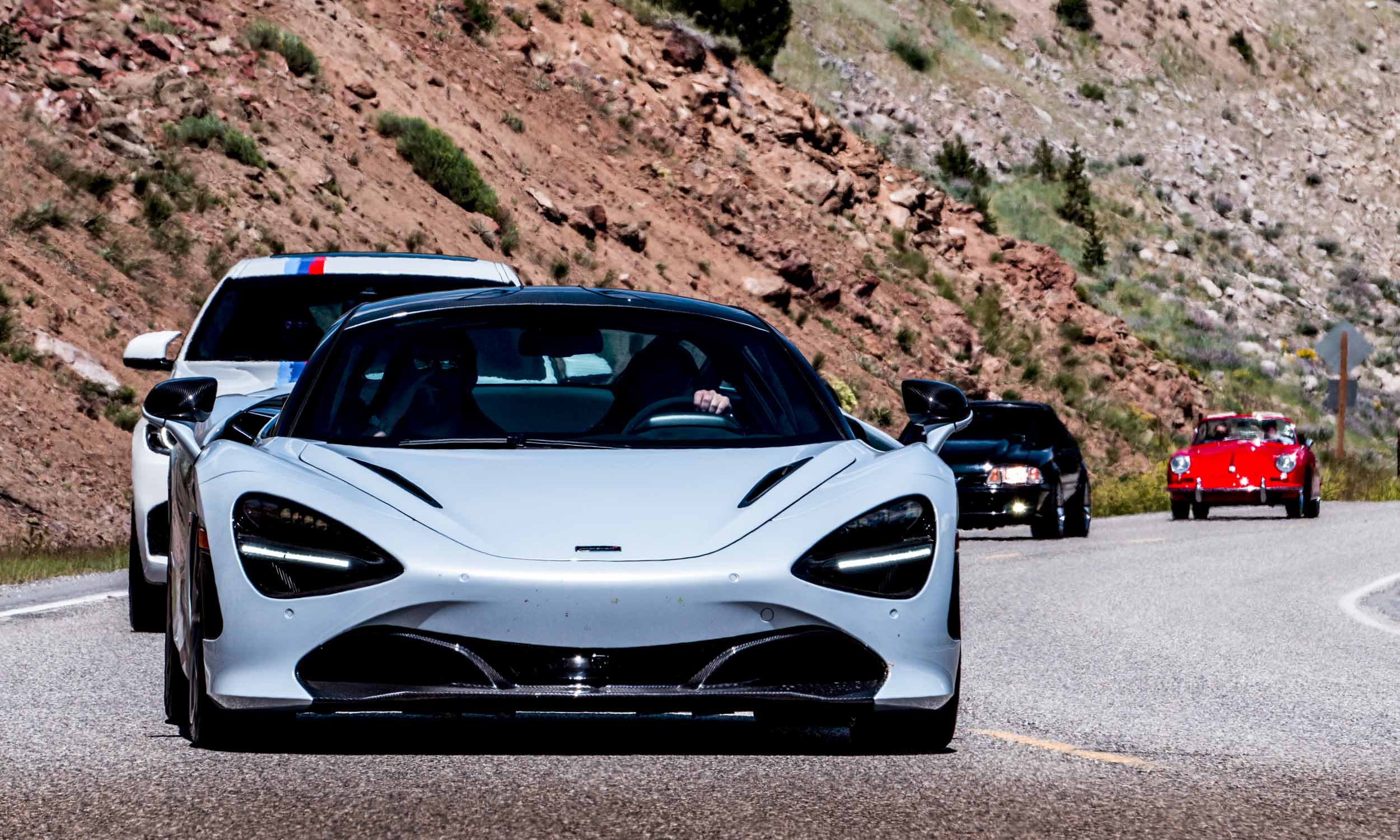 Drive Through Mountains
Before hurtling down I-75 at a full-throttle run, the Tour de Force gives drivers a chance to enjoy the area as well as show off their vehicles for the community at large. With our McLaren 720S we joined dozens of unique, high-end vehicles for the Huckleberry Drive — an entertaining romp through the Sawtooth mountains up to Stanley, Idaho, at an elevation of 6,265 feet above sea level. 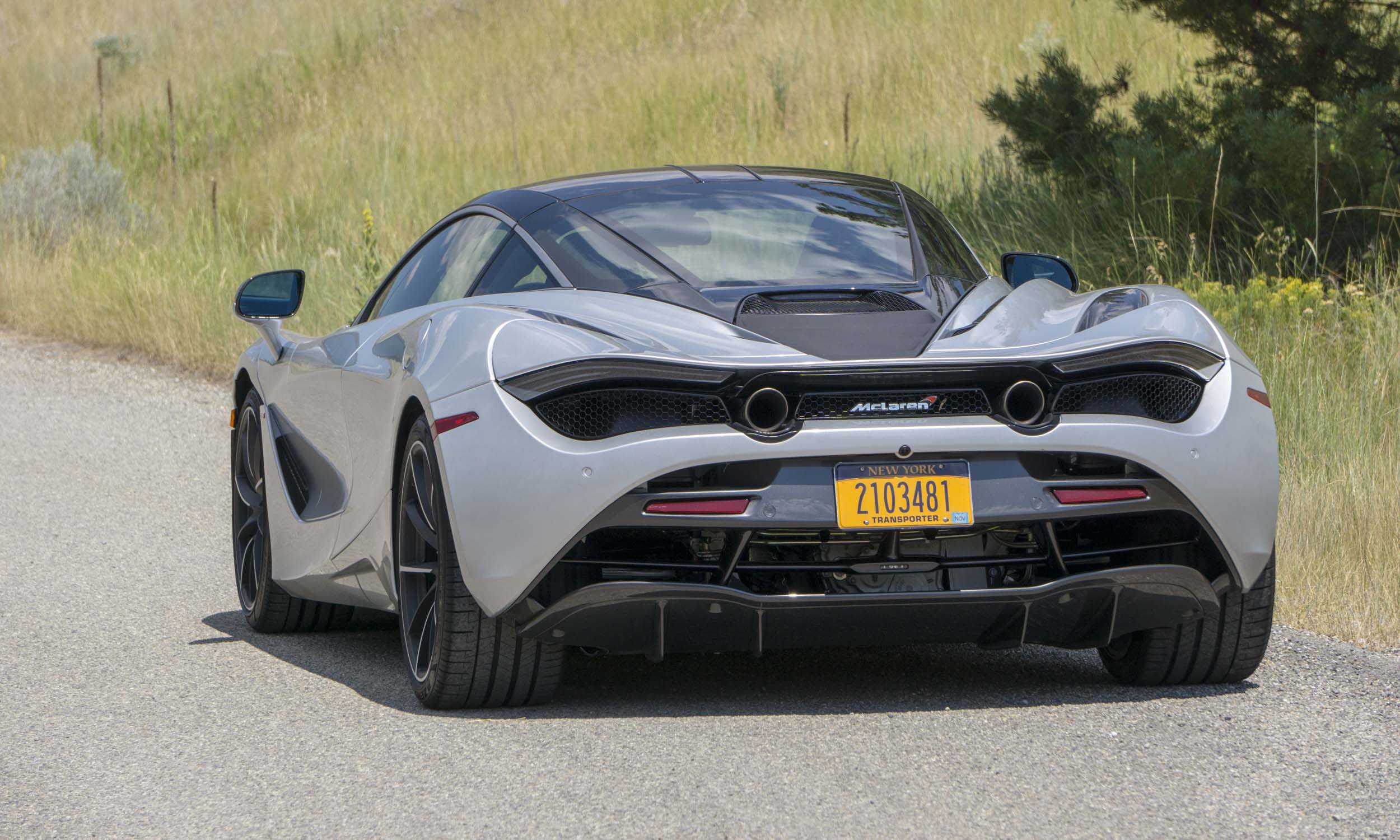 The McLaren 720S
The McLaren 720S is ideal for this kind of drive — actually, it’s ideal for almost any type of drive. Although there’s no question about the latest entry in the British marque’s Super Series being a proper supercar — one look telegraphs this in an instant — it is quite comfortable and easy to drive. Still, steering is incredibly precise and responsive, the Pirelli P Zero tires offer plenty of grip, and there’s a seemingly unlimited amount of power to thoroughly enjoy winding mountain roads. 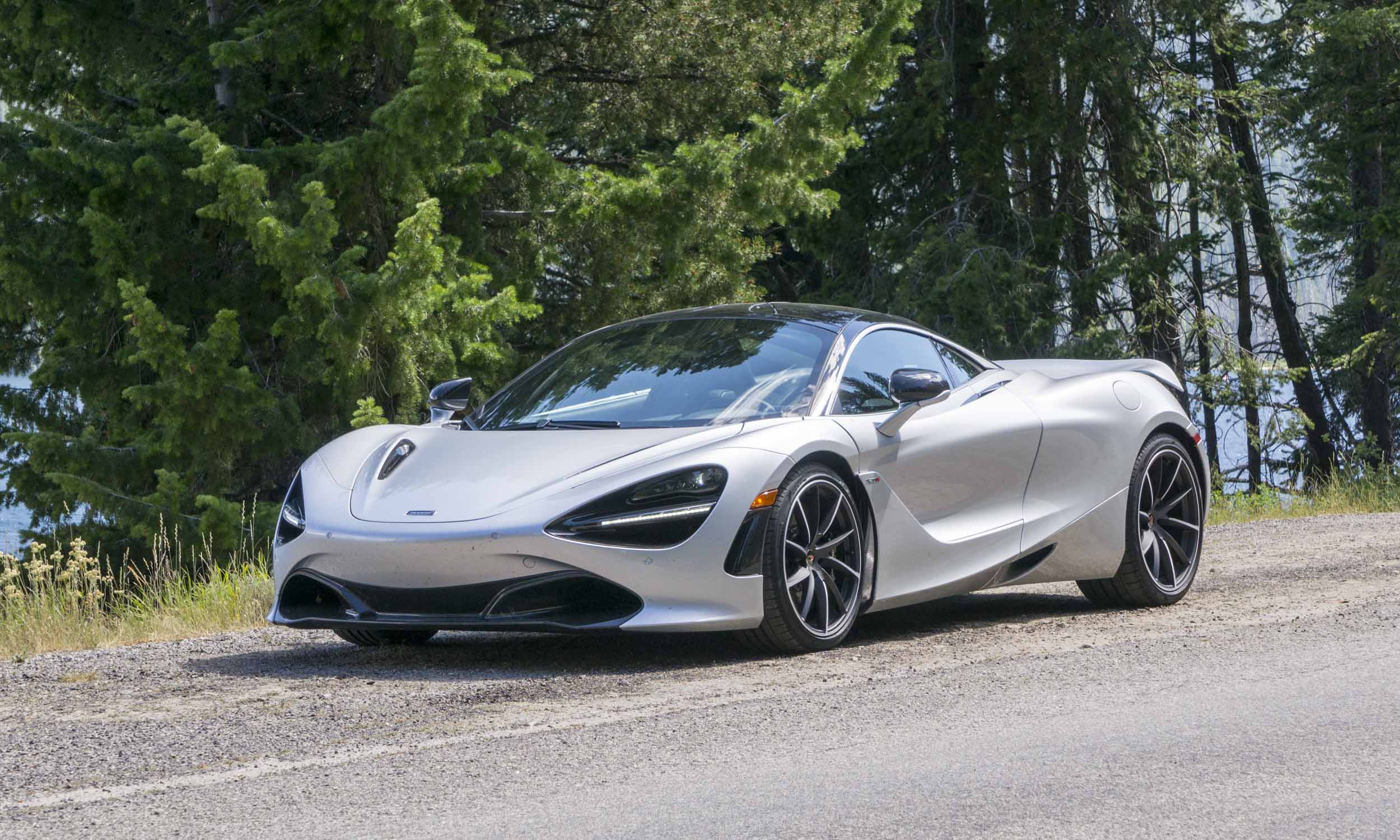 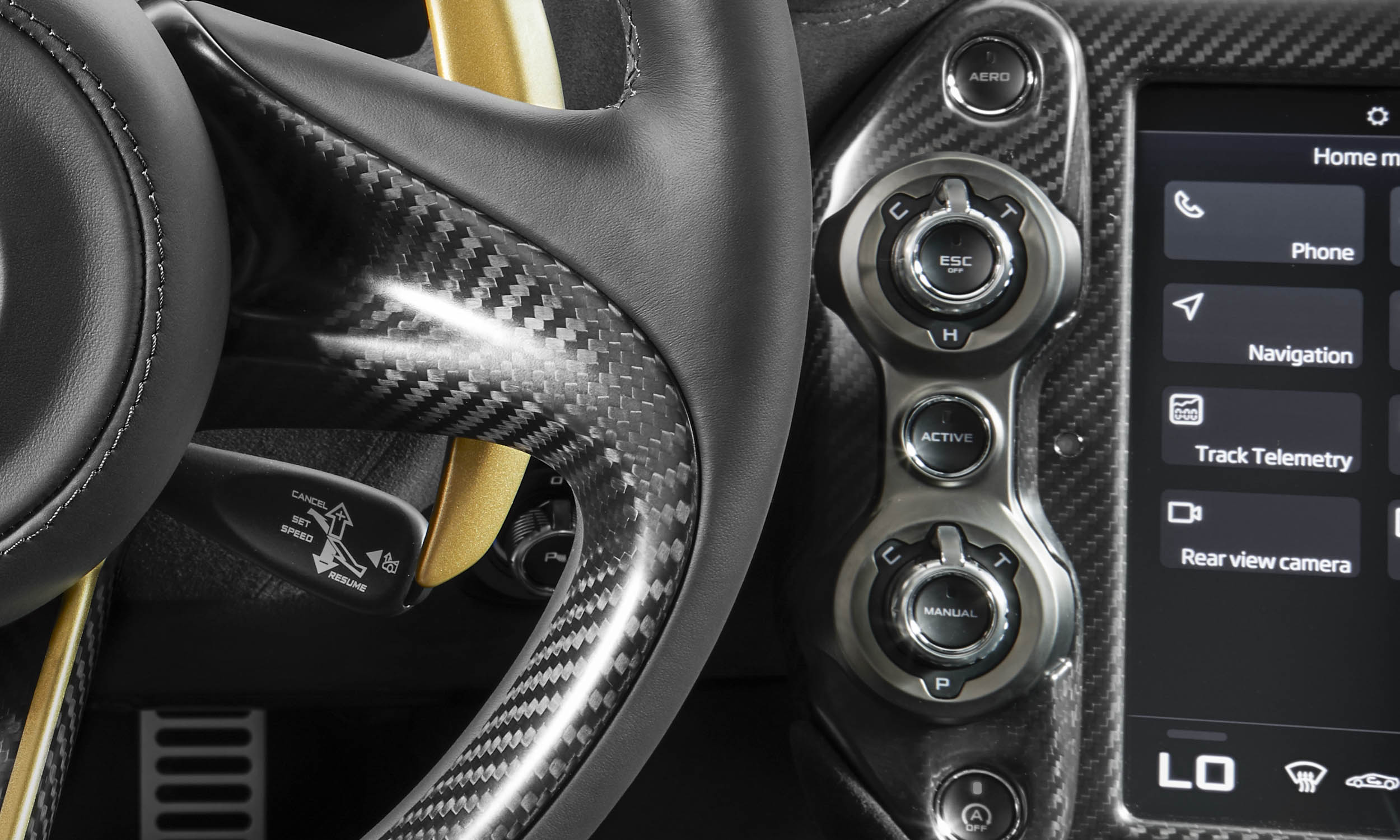 Fully Adjustable
Two dials on the 720S dashboard allow drivers to select both handling and performance settings with the option of Comfort, Sport and Track, which adjusts the suspension, steering, stability control, engine mapping and shift speed. Drivers also choose to shift using paddles or to let the gearbox shift on its own. Although the McLaren’s automatic always put us in the right gear at lightning speeds, the shifts are also quick with the paddles which is simply more fun and engaging to shift manually. 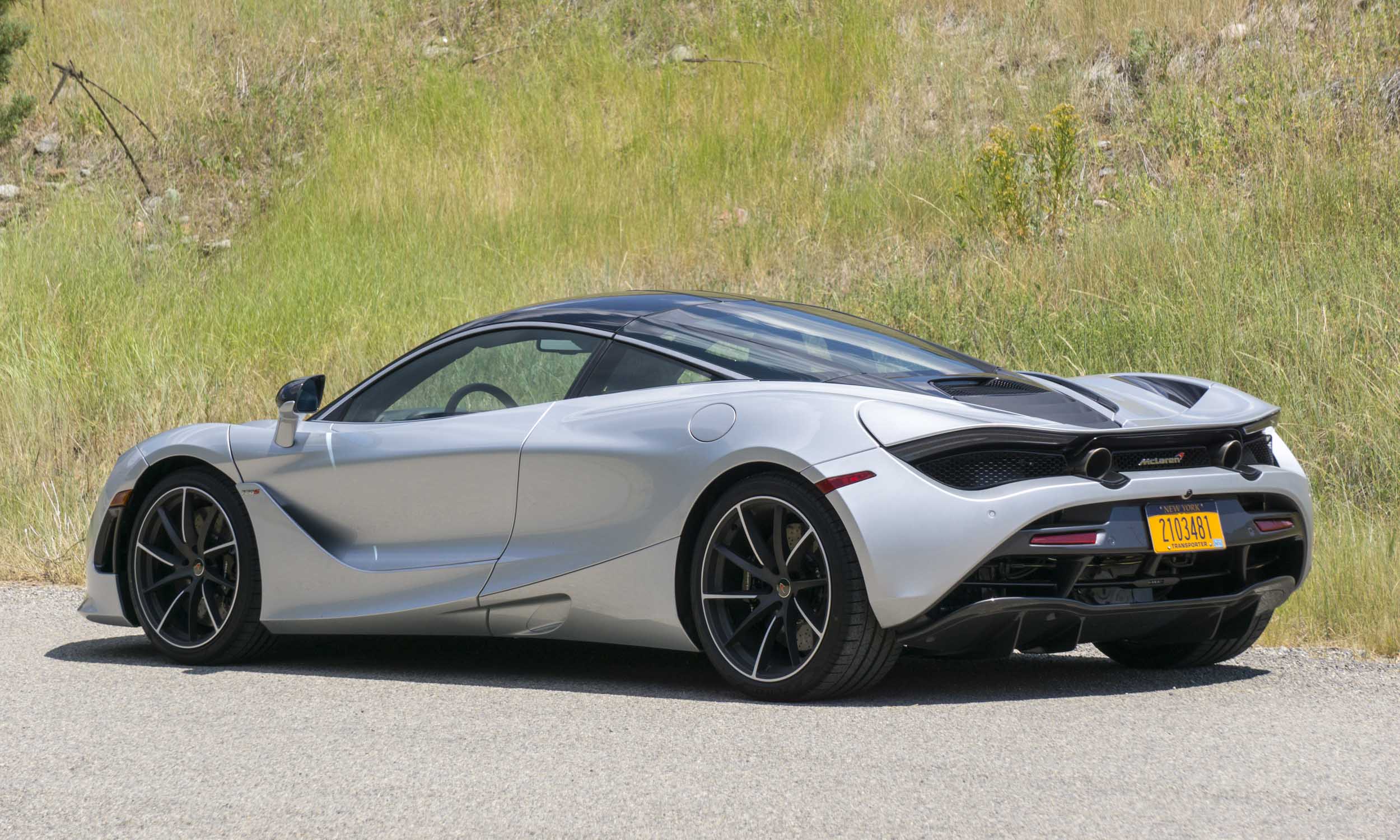 Powerful Engine
At the heart of the mid-engine McLaren 720 S is a 4.0-liter twin-turbo V8 engine that produces 710 horsepower and 568 lb-ft of torque. Power is sent to the rear wheels via a 7-speed dual-clutch gearbox with quick, smooth shifts whether left to shift on its own or activated via steering-column paddles. 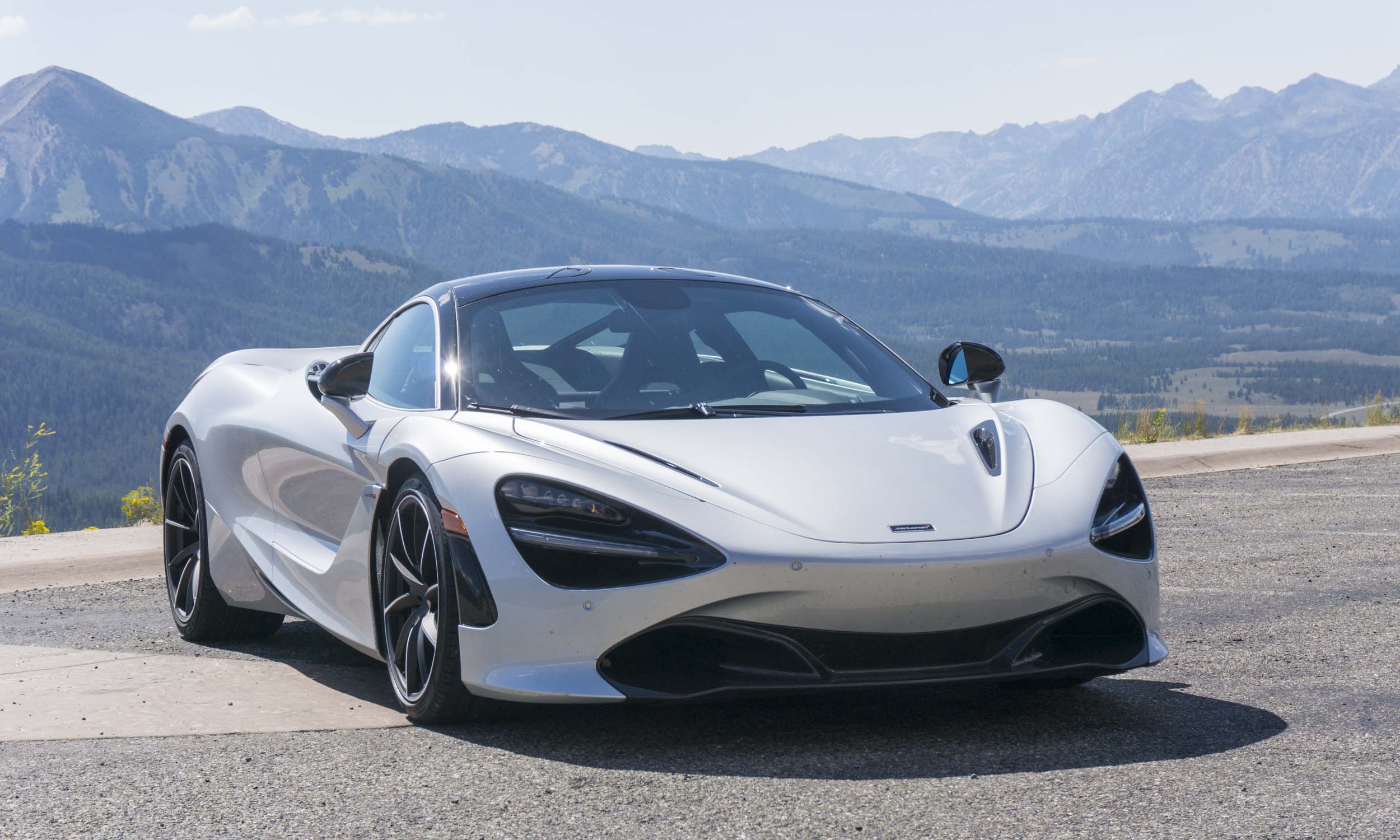 Impressive Stats
Weighing in at a bit over 3,000 pounds, the 720 S offers incredible performance. The stats speak for themselves: a sprint to 60 mph takes 2.8 seconds, 7.8 seconds to 124 mph and in a hair over 21 seconds the McLaren is hurtling down the road at 186 mph. Top speed is listed at 212 mph — we didn’t quite take it to the limit, but we came mighty close. Read on. 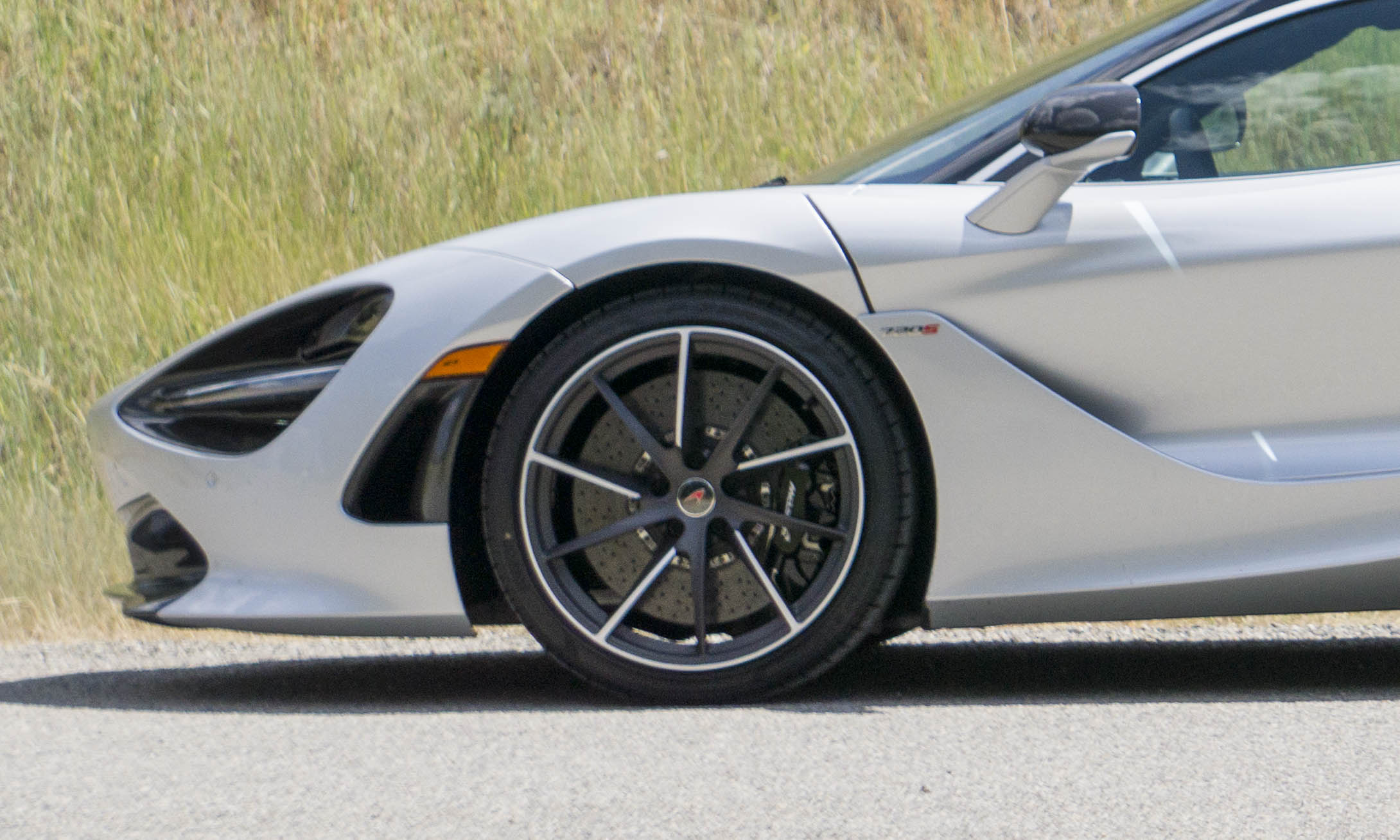 Ample Brakes
When stopping from the incredible speeds this new McLaren is capable of achieving, brakes need to be strong and resistant to fade. The 720S is fitted with massive carbon-ceramic discs that — in tandem with a spoiler that acts as an air brake — will stop the McLaren from 62 mph in a mere 2.8 seconds in less than 100 feet. 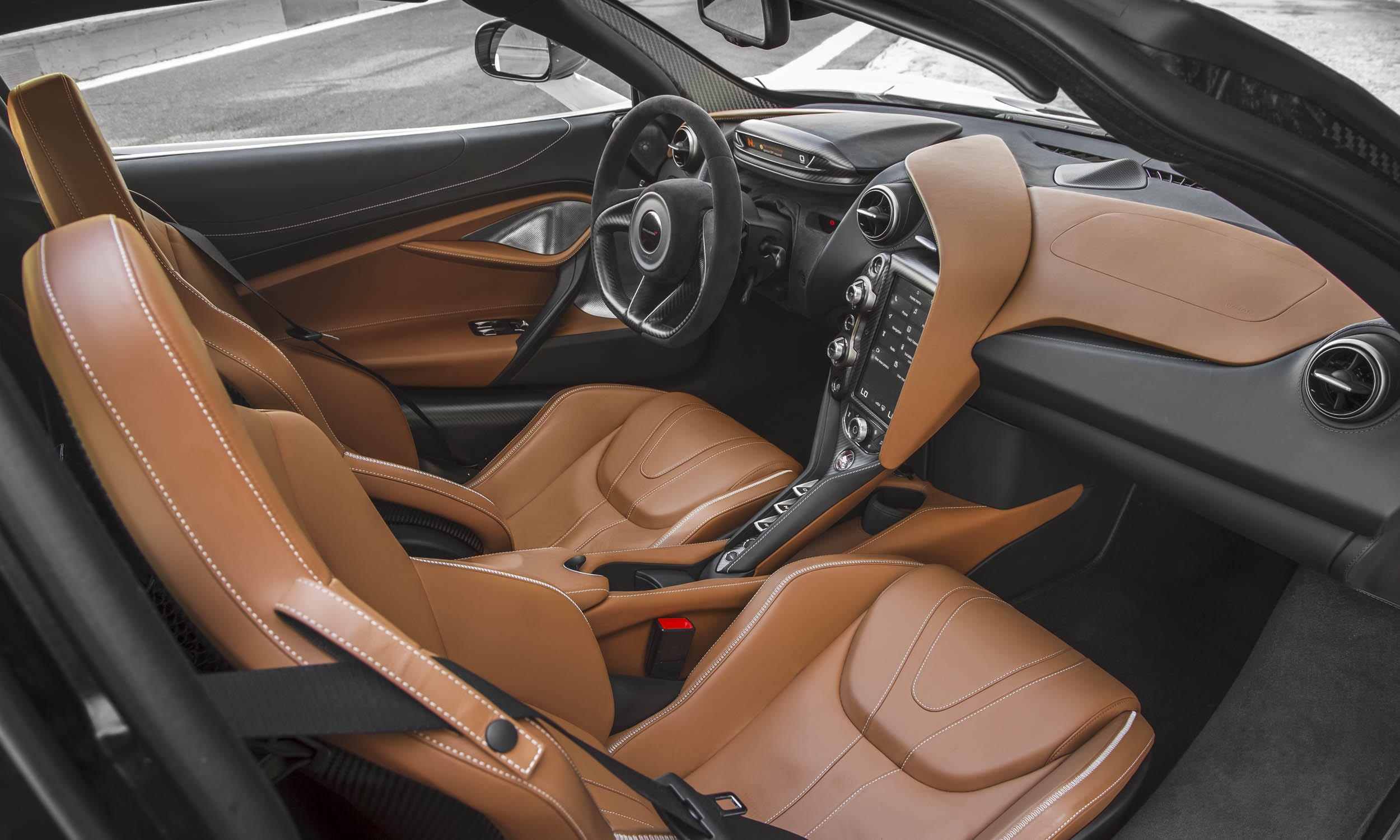 Beautiful Interior
Inside the 720S is a mix of leather, soft Alcantara and carbon fiber that is both elegant and sporting. Seats are surprisingly comfortable, and the interface screen is relatively easy to navigate. 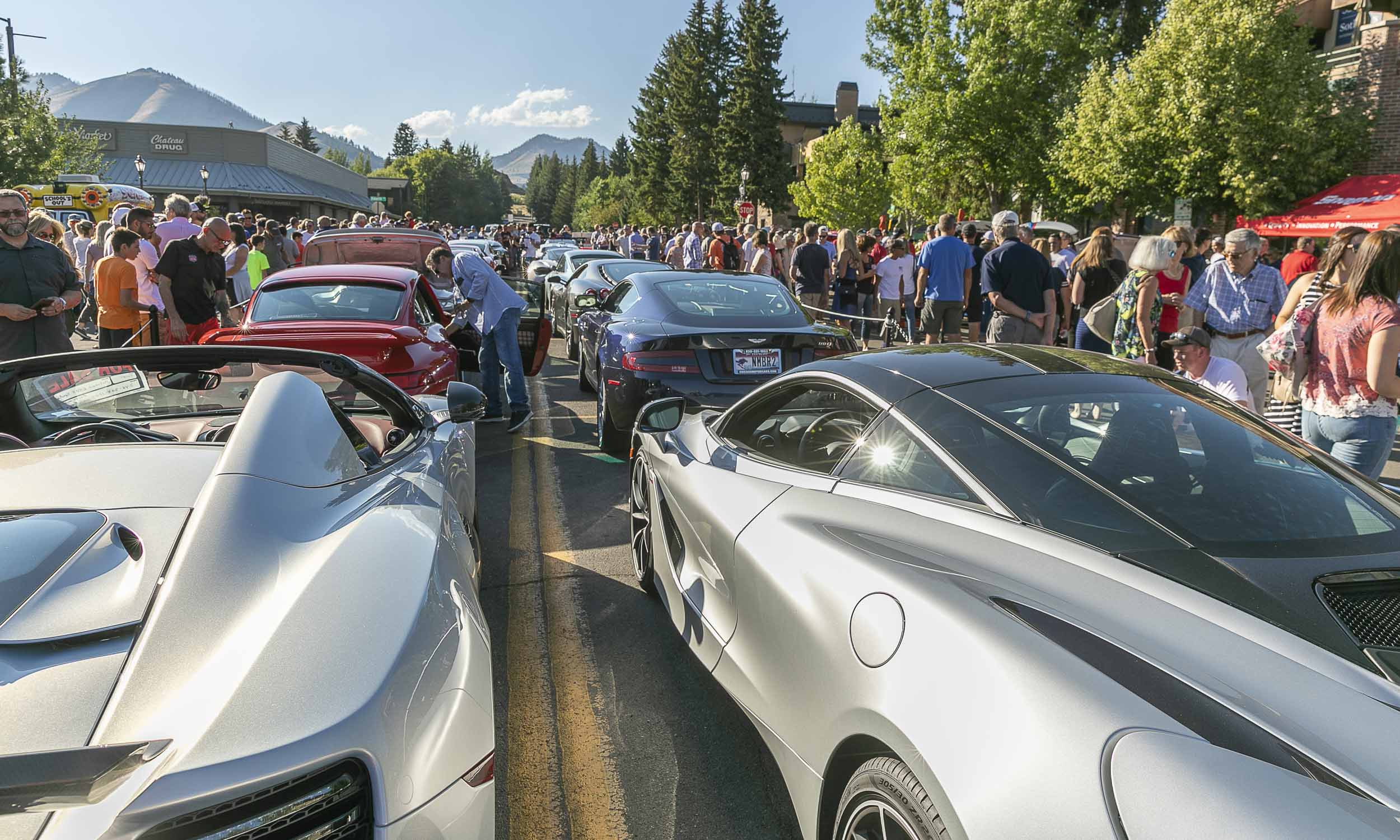 Everybody Loves a Parade
After cruising through the mountains with other McLarens, Porsches, Ferraris and a variety of classic and current muscle cars, the Tour de Force brings in a police escort and all participating vehicles parade into downtown Ketchum, Idaho. 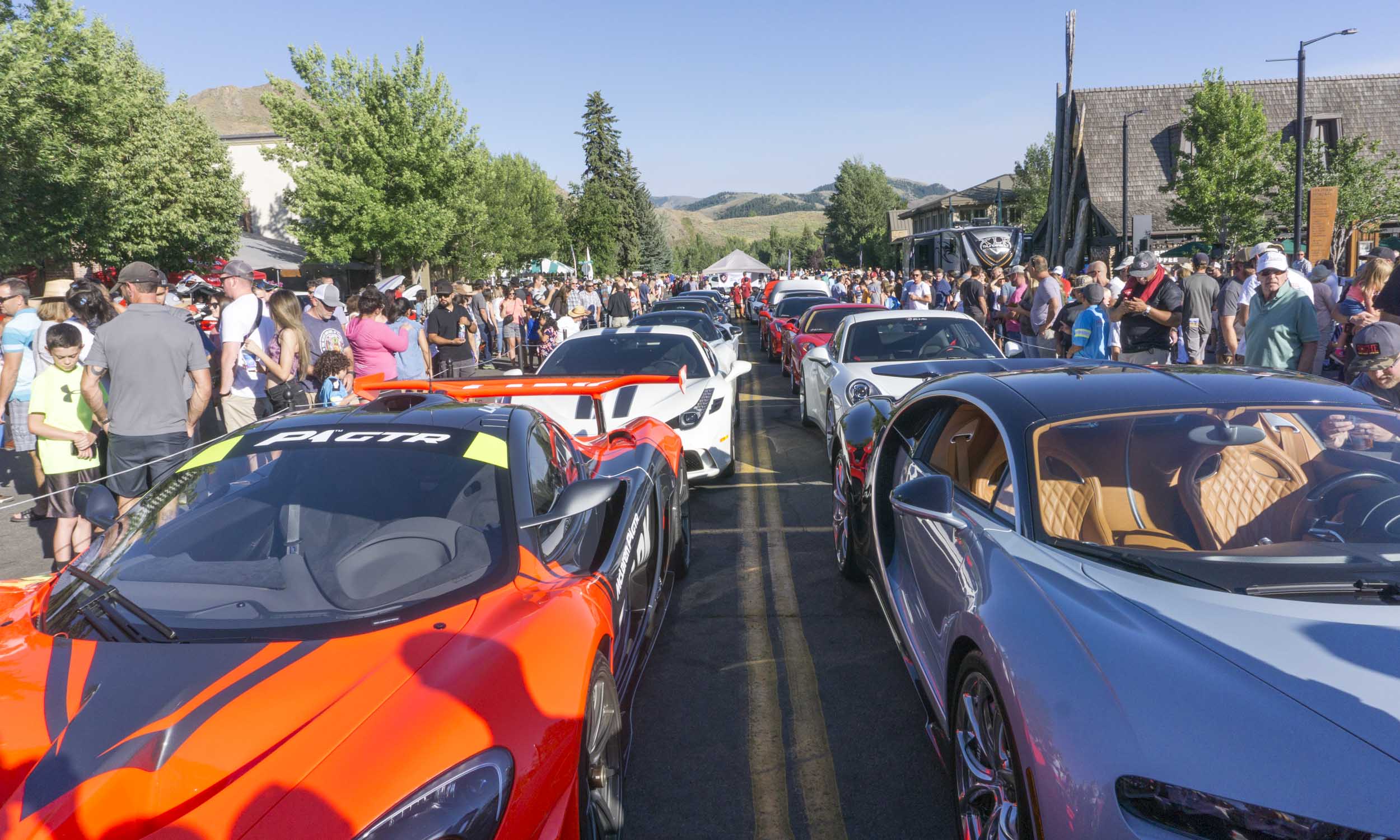 In Good Company
With cars ranging from a rare Porsche 959 to extreme models such as a new Bugatti Chiron and McLaren P1 GTR, this instantly is one of the coolest car shows around, and free to the community. But the real excitement began early the next day, when it was time to see just how brave this auto journalist could be behind the wheel of this extremely-capable McLaren. 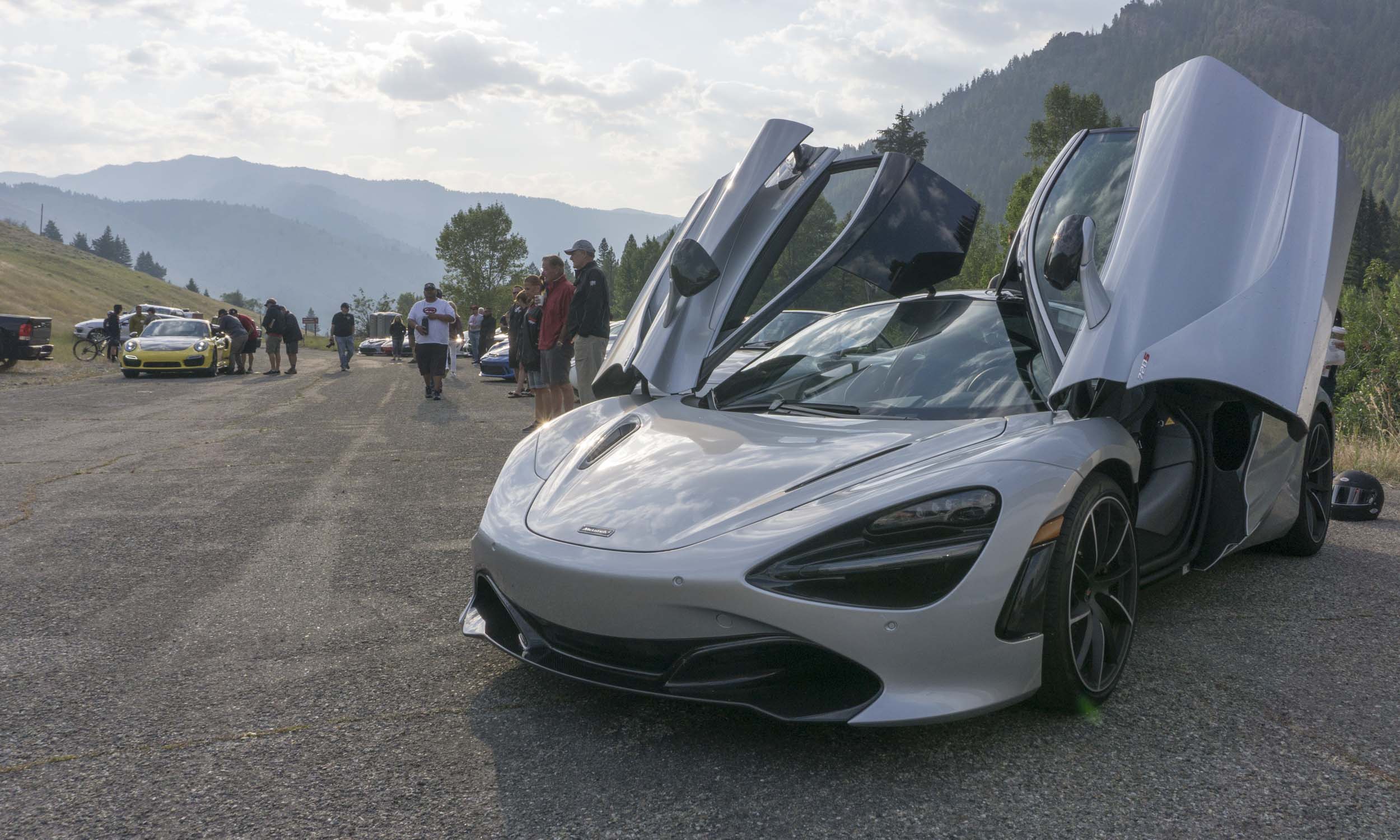 Staying Safe
Driving 200 mph is not something to be taken lightly, and the organizers do an amazing job of keeping this endeavor as safe as possible. Every vehicle is inspected prior to its run, and drivers are given a full safety briefing. All drivers and passengers wear helmets, and drivers are connected to the organizers via radio. This stretch of highway is out in the countryside, so spotters get positioned along the entire route, watching for people as well as wildlife. At 200 mph, by the time drivers see something in the road they’re past it — or through it. 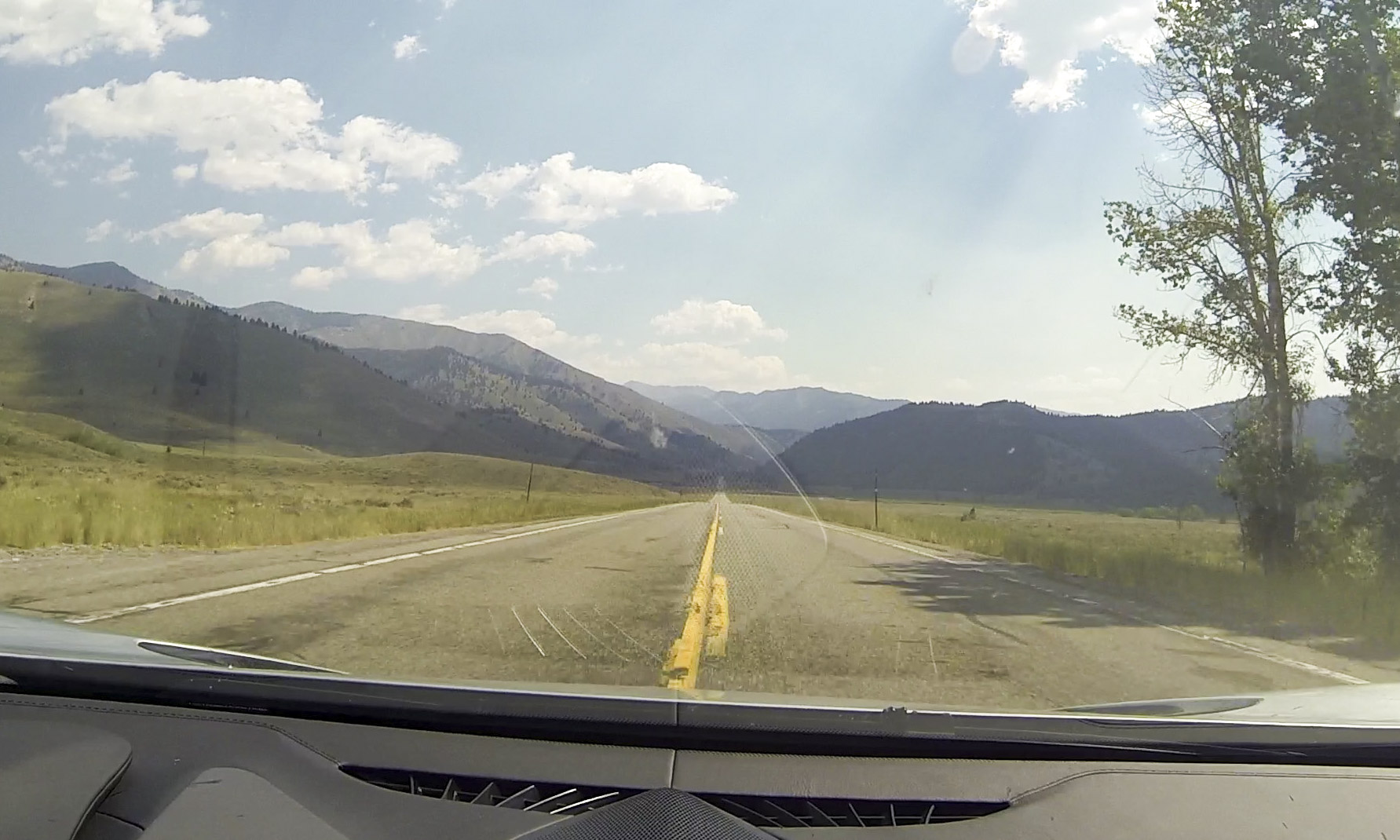 The Route
With the road closed to other vehicular traffic by the county sheriff and the spotters in place, we took our place at the starting point. The route begins on a slight incline leading to a curve that is barely noticeable at 55 mph. Around the curve is the crest of a hill, and then what unfolds before an eager driver’s eyes is a two-mile straight stretch all the way to the finish line.

Brutal Acceleration
Previously we covered how smooth and comfortable the McLaren can be when cruising around town, but at full throttle the acceleration is brutal. The digital speedo seemed to skip numbers as it climbed quickly — eclipsing 100 mph in no time, and as we started around the curve we were already at 140 mph. Once we safely crested the hill, it was time to put the pedal down — and down it went. 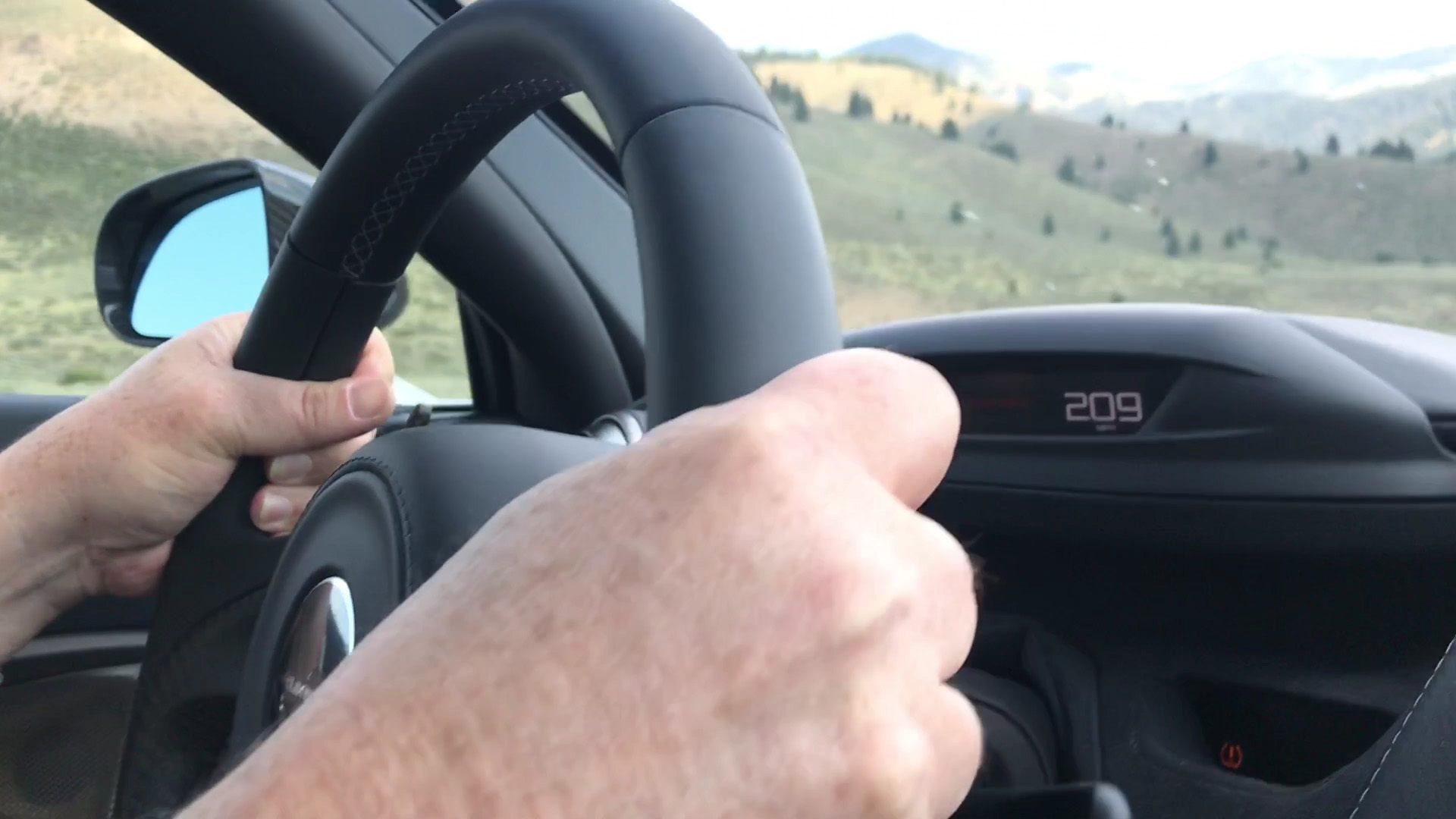 Keeps On Pulling
Amazingly, the acceleration never seemed to slow or taper off — 170 mph, then 180 mph, and then 190 mph quickly came and went. My driving companion and I eventually hit 209 mph — the fastest I had ever driven — before slowing slightly and crossing the finish line at a hair over 196 mph. Highway 75 may be long, but it’s not the smoothest of roads — something barely noticeable at “normal” speeds — but at 200 mph every little pit, crack and seam gets amplified into a bumpy ride. That said, through it all the McLaren 720S was completely stable, confident and controllable. 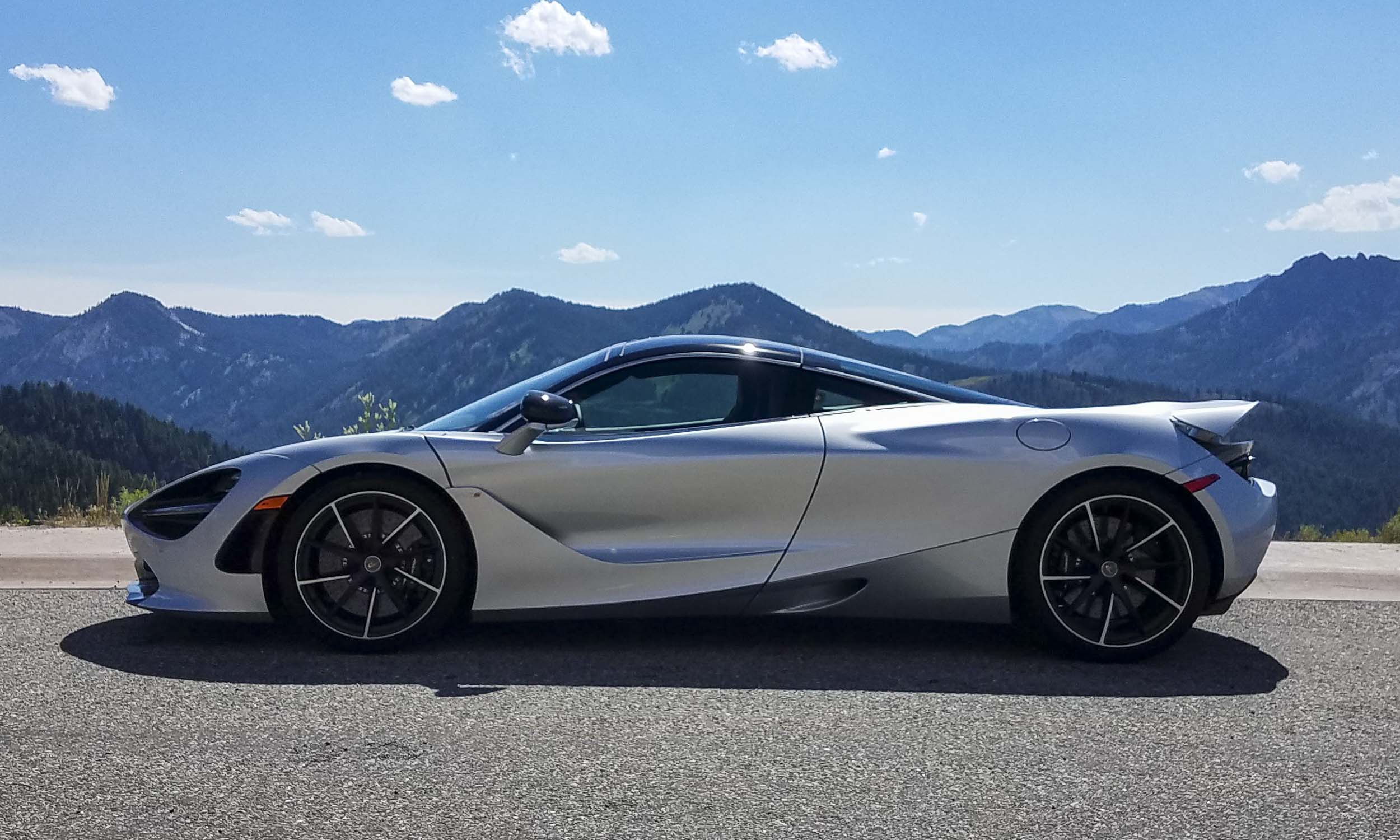 Versatility in a Supercar
The performance demanded of a vehicle at the Sun Valley Tour de Force showcases the incredible abilities and versatility of the McLaren 720S. This extreme sports car is one that can easily be driven around town (it actually has cupholders), has a trunk large enough for a few small bags, and has excellent visibility as well as a high-end audio system. And it’s strangely comforting and reassuring to understand that, when needed, the mighty 720S can rocket down the road at more than 200 mph.