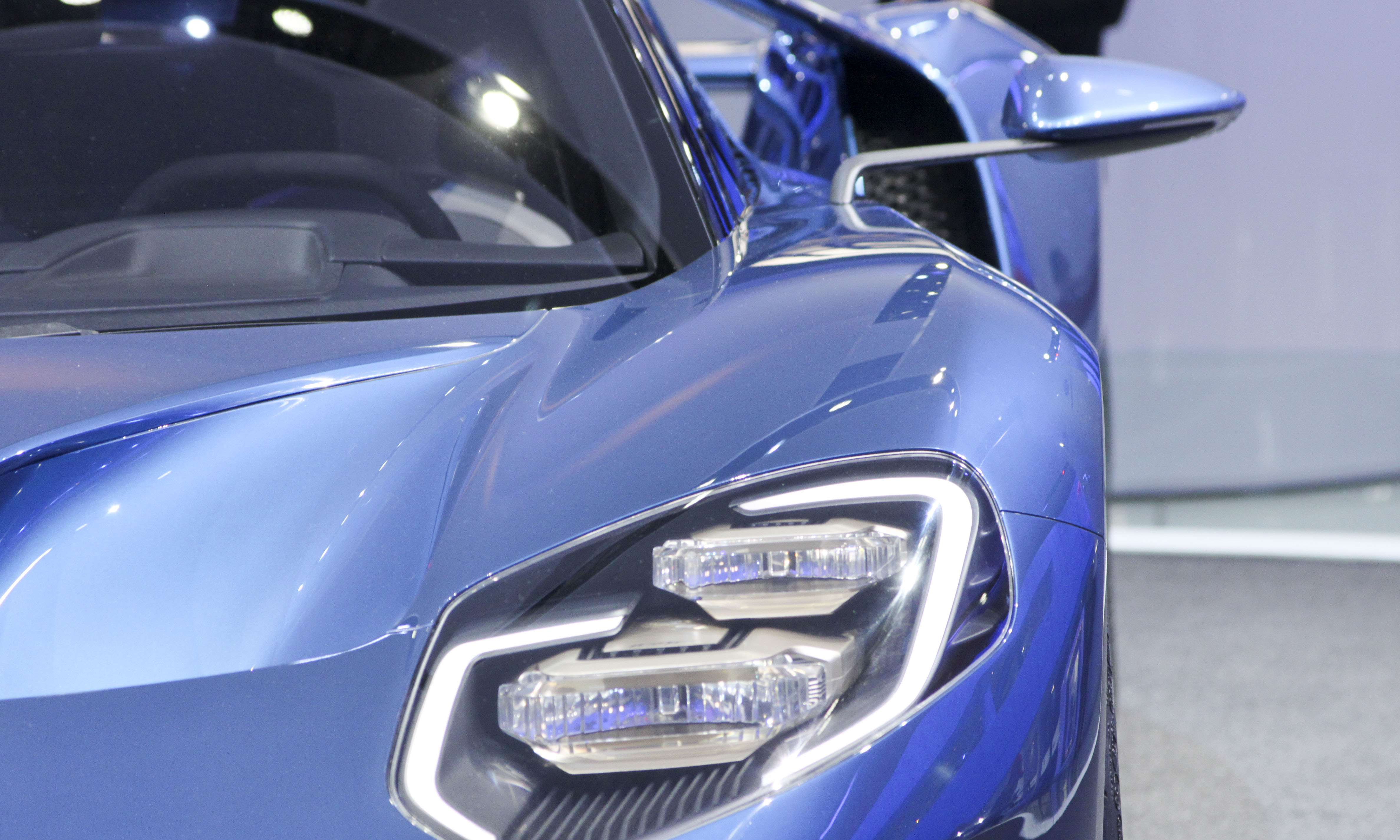 Luxury and Performance
The 2015 Detroit Auto Show had a markedly upbeat vibe, demonstrating how an industry that was in the depths of the Great Recession a few years ago is now clearly in recovery mode. Underscoring this fact were the number of high-end luxury and ultra-high -performance models making debuts in the Motor City. Although some are merely for show — concepts that may never reach production — the majority will be on the roads within the next year. Let’s look at  15 vehicles that made it one of the most exciting Detroit Auto Shows in recent years. 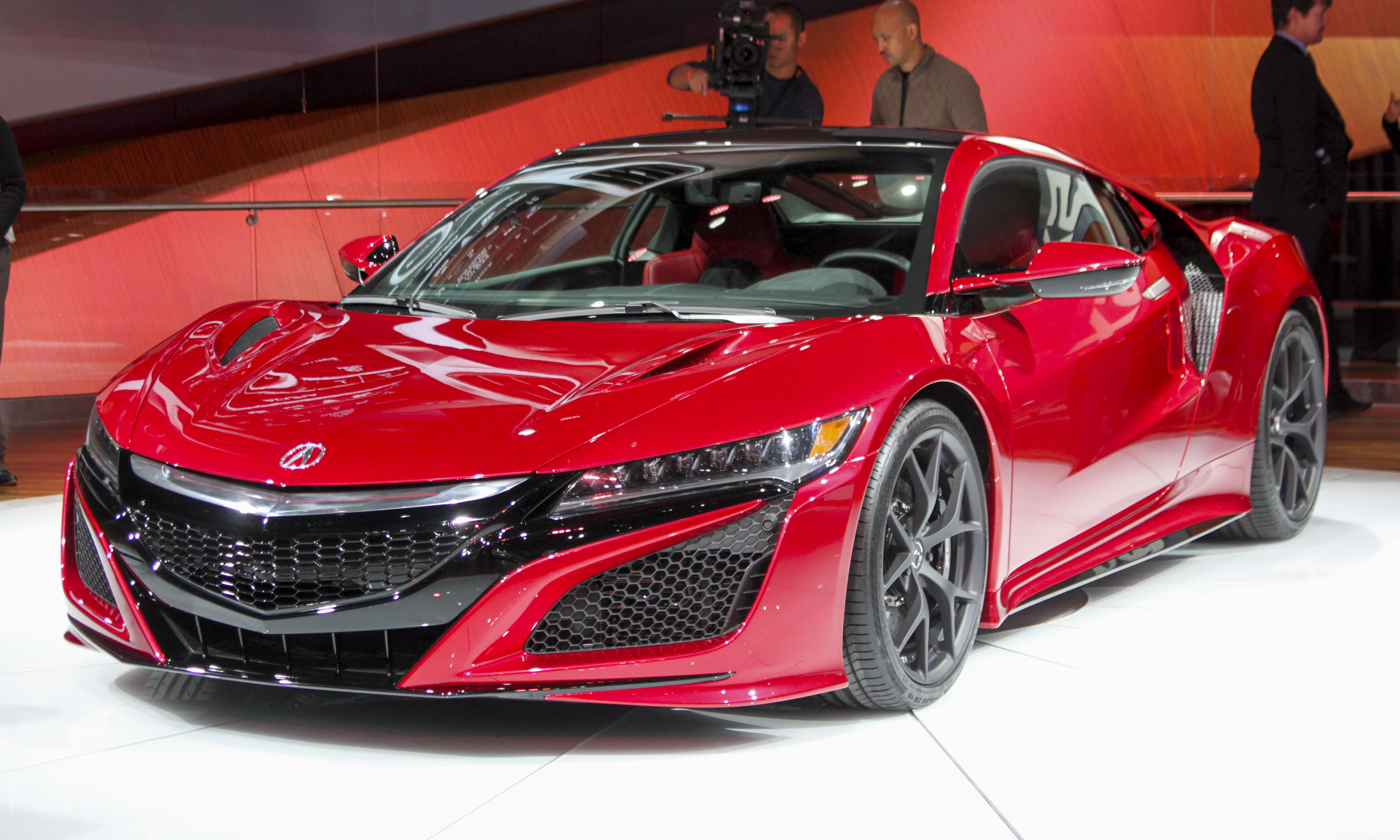 Acura NSX
Three years ago at the Detroit Auto Show, Acura gave the world its first glimpse of a new-generation NSX. After what felt like an eternity, the all-new NSX finally made its debut at this year’s show. Not only does the NSX look the part of a modern-day supercar, there’s plenty of tech under the skin. Power comes from a twin-turbo V6 teamed with three electric motors — two of which power the front wheels. Watch for the NSX to go on sale later this year for somewhere north of $150,000. 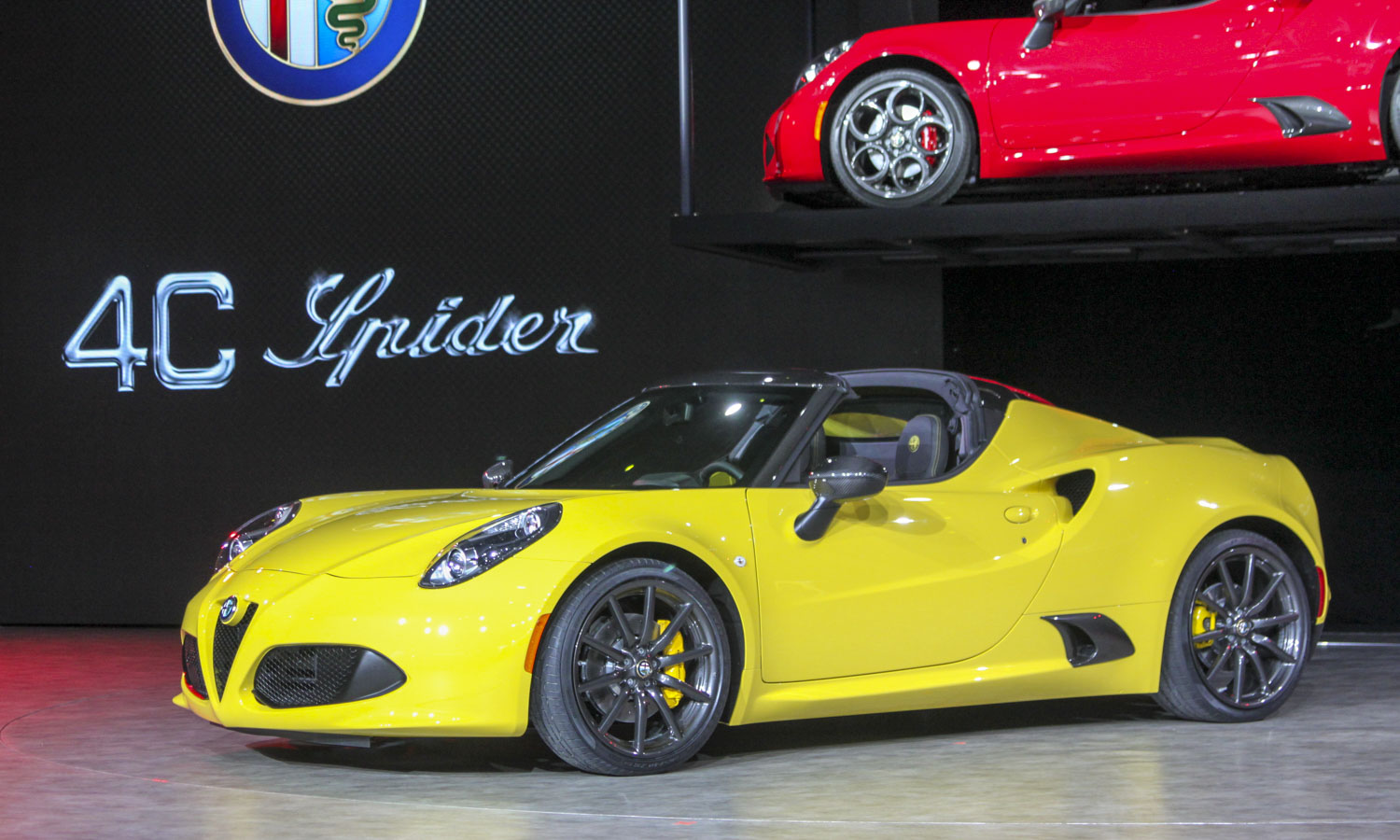 Alfa Romeo 4C Spider
For car enthusiasts, there could never be too many Italian sports cars on the market, and the 4C is the latest Alfa Romeo to arrive on U.S. shores. With a lightweight carbon fiber chassis and small turbocharged engine, the 4C is a blast to drive while looking and sounding like a true Italian machine. Taking the top off amps the fun factor to 11. The 4C Spider arrives in showrooms this summer, but act quickly — only 400 will be available in North America each year. 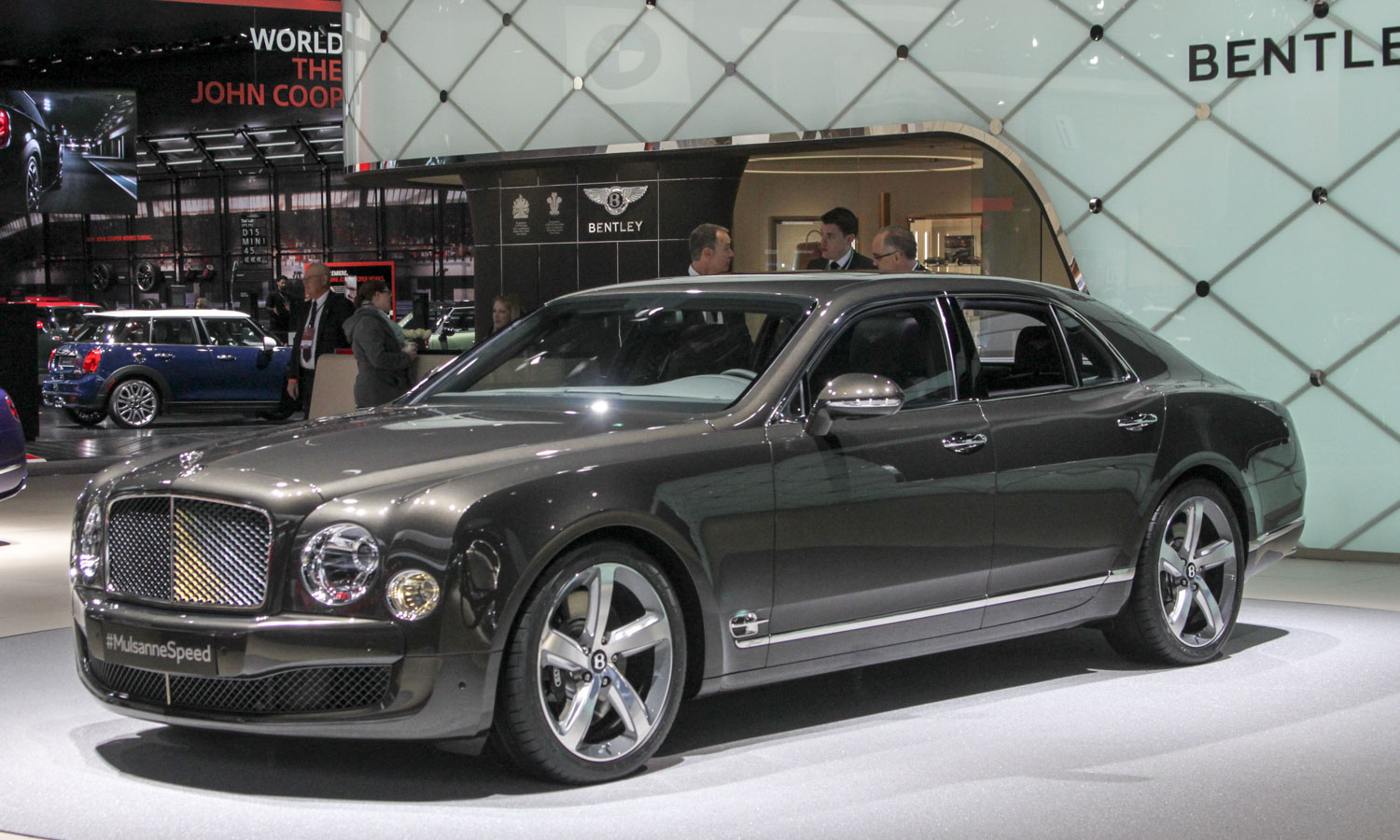 Bentley Mulsanne Speed
The ultimate combination of luxury and power, the Mulsanne is the most luxurious member of the Bentley lineup, with the Speed being most powerful. This massive automobile reaches 60 mph in just 4.8 seconds and will reach almost 200 mph, all while coddling occupants in utmost comfort. Although the rear seat may be the most comfortable spot in the Mulsanne, with 530 horsepower on tap the driver’s seat will certainly be most fun. 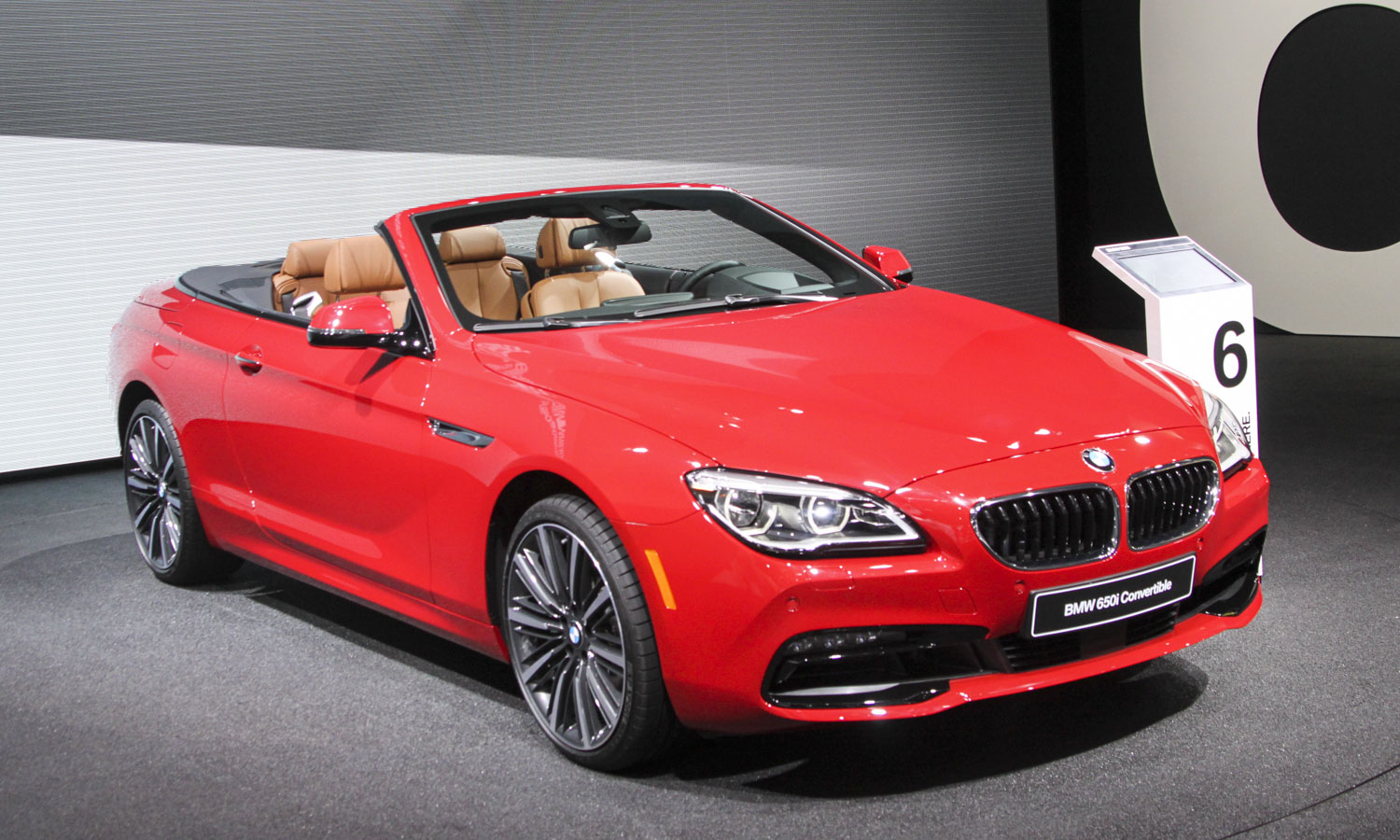 BMW 6 Series
Often the case with a BMW model refresh, unless you put the past and new versions side by side it’s hard to tell the difference. But if you were to do that for the updated 6 Series, you’d see it gets a slightly larger kidney grille and updated headlights on all three variants — coupe, Gran Coupe and convertible. A number of new features and innovations are also found on this version, as well as refined suspension and steering settings, and improved fuel efficiency. 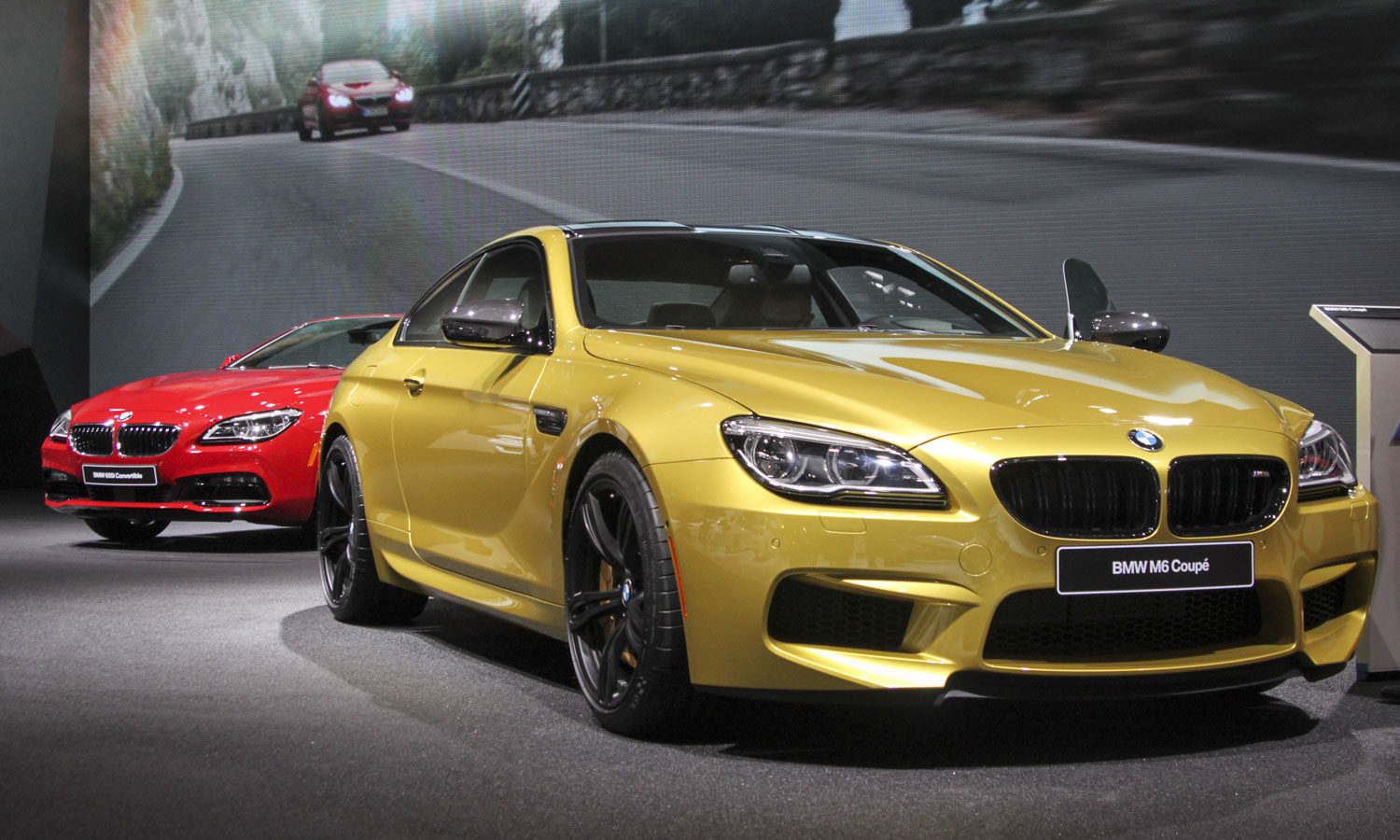 BMW M6
Similar to the changes in the 6-Series, most of the changes to the M6 are under the skin. There’s also new standard equipment including Merino Aragon leather trim, Park Distance Control and a new iPhone-look display. Of course, the M6 will still get your heart pumping with its 560-horsepower turbocharged engine and excellent handling. Look for the updated M6 to arrive this spring. 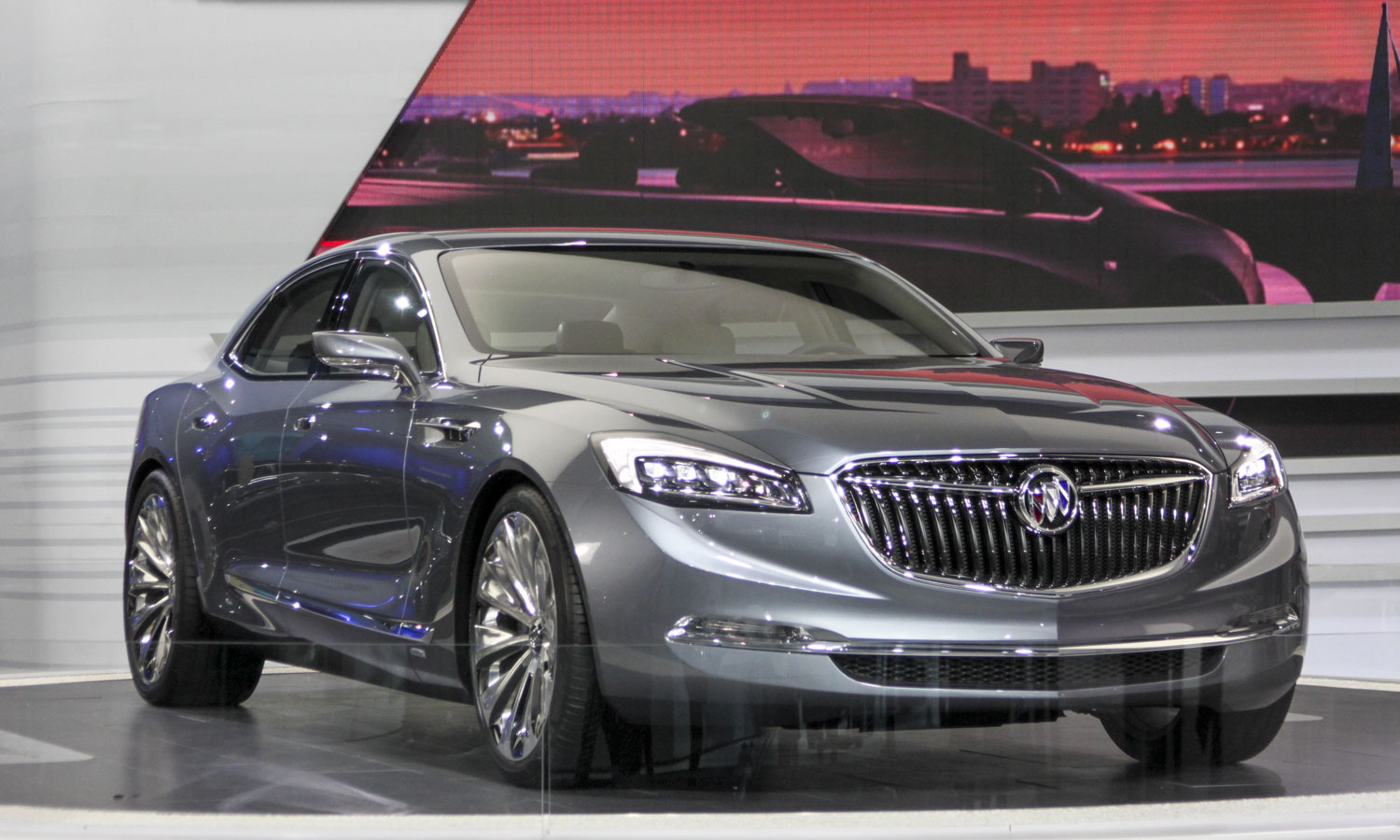 Buick Avenir Concept
Buick surprised the oft-jaded press corps at the Detroit show with this gorgeous concept that could easily fit into the Buick lineup as an all-new flagship sedan. In addition to its attractive sculptural surfacing and expressive proportions, the Avenir’s interior features seating for four with deeply integrated technology.  Unfortunately Buick has no current plans to put the Avenir into production, but we expect to see some of the styling cues on future Buick models. 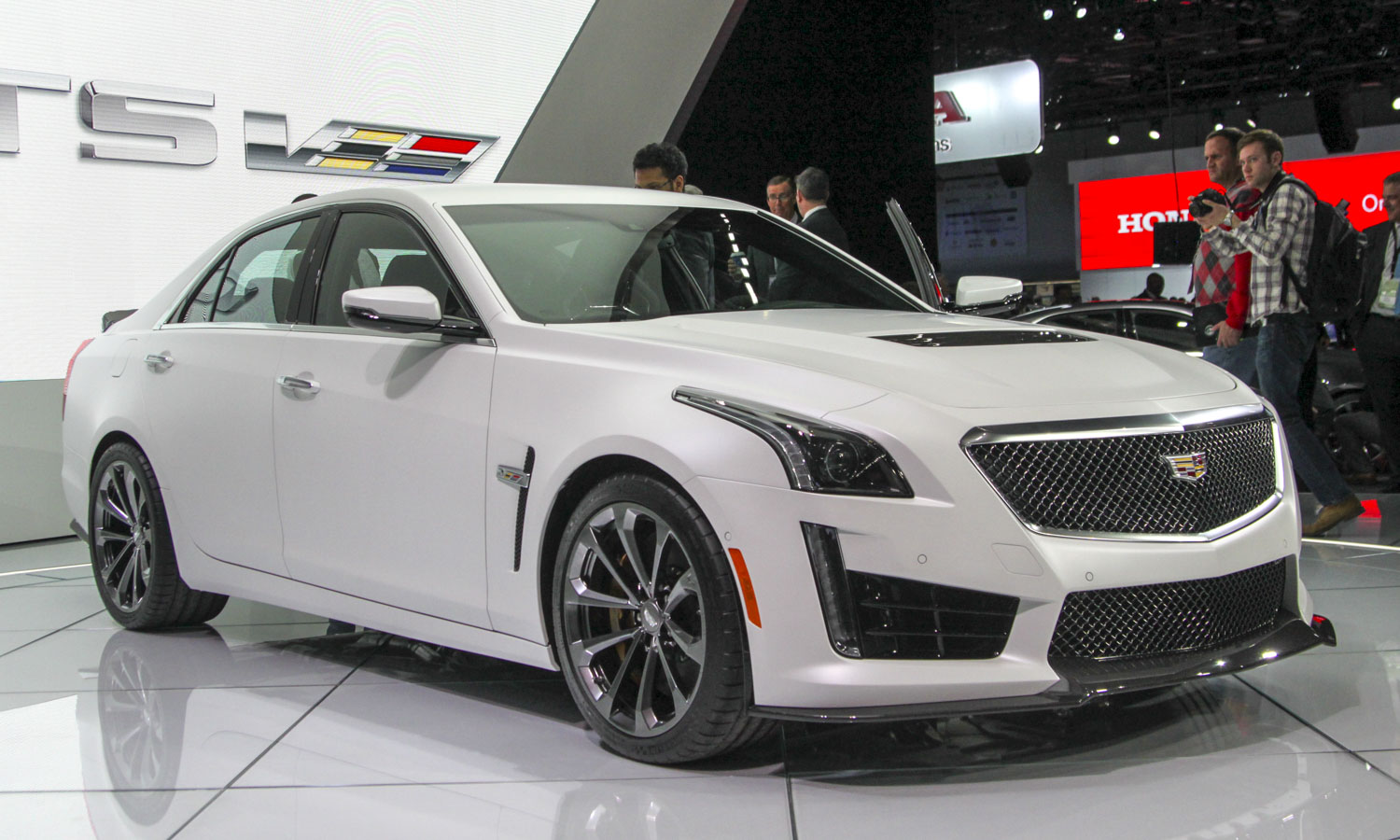 Cadillac CTS-V
Not long ago only a supercar could pack more than 600 horsepower. What’s past is prologue — this latest-generation of the CTS-V that debuted in Detroit churns out an incredible 640 horsepower. Not only does that make this CTS-V the most powerful production Cadillac in history, it’s good enough to reach 60 mph in 3.7 seconds and hit a top speed of 200 mph. So this begs the question — can a supercar have four doors? CTS-V answers with a throaty, rumbling yes. 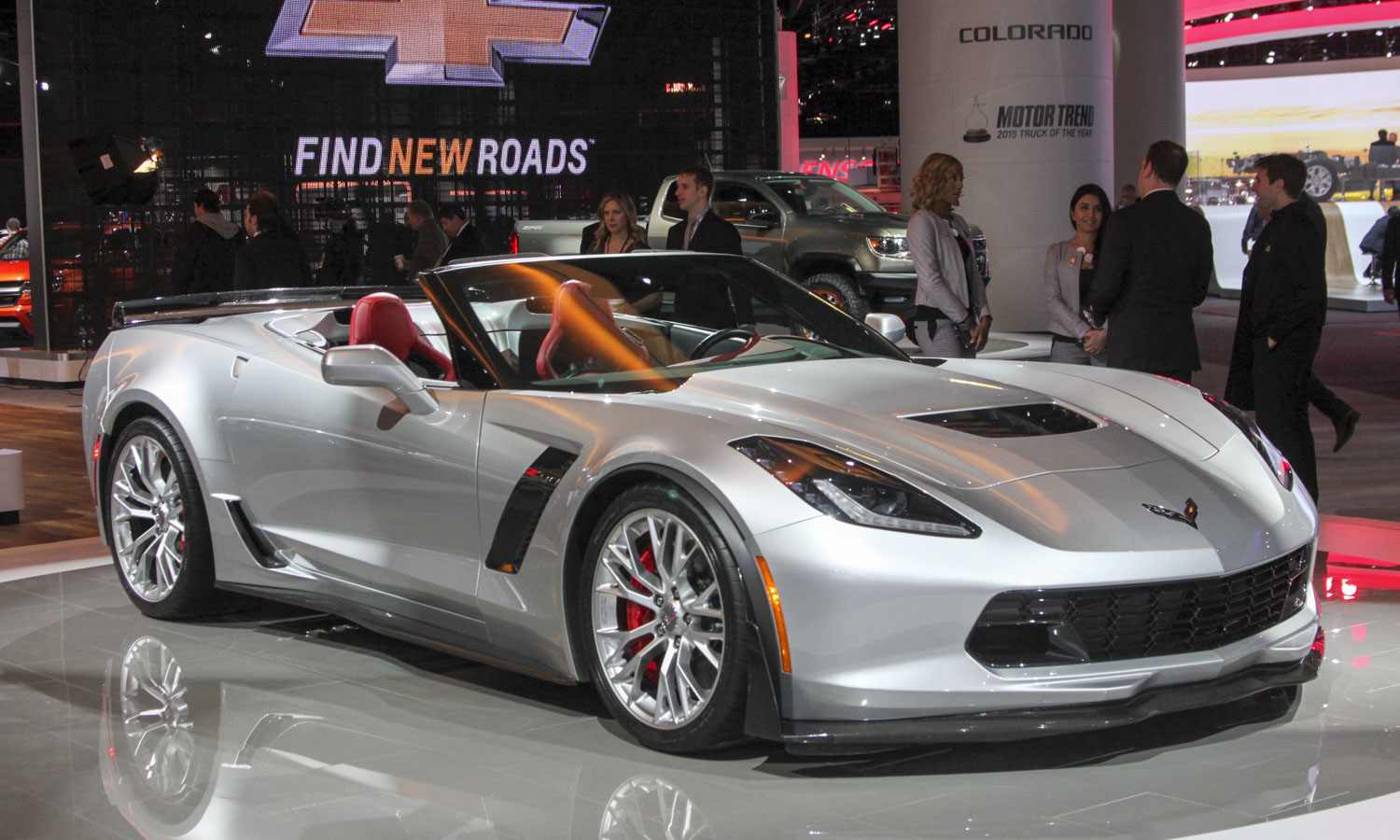 Chevrolet Corvette Z06 Convertible
You’re correct, the Corvette Z06 did not debut at this year’s Detroit show — in fact it’s already on sale. But it was sitting there at the center of the Chevrolet stand looking so powerful and sexy that we couldn’t ignore it. With 650 horsepower and 650 lb-ft of torque, the Z06 is the most powerful car to come from General Motors. It has crazy stats: zero-to-60 mph in a mere 2.9 seconds, lateral acceleration of 1.2 g, and 22 mpg on the highway. The Z06 convertible is actually stiffer than the last-generation Z06 hardtop. 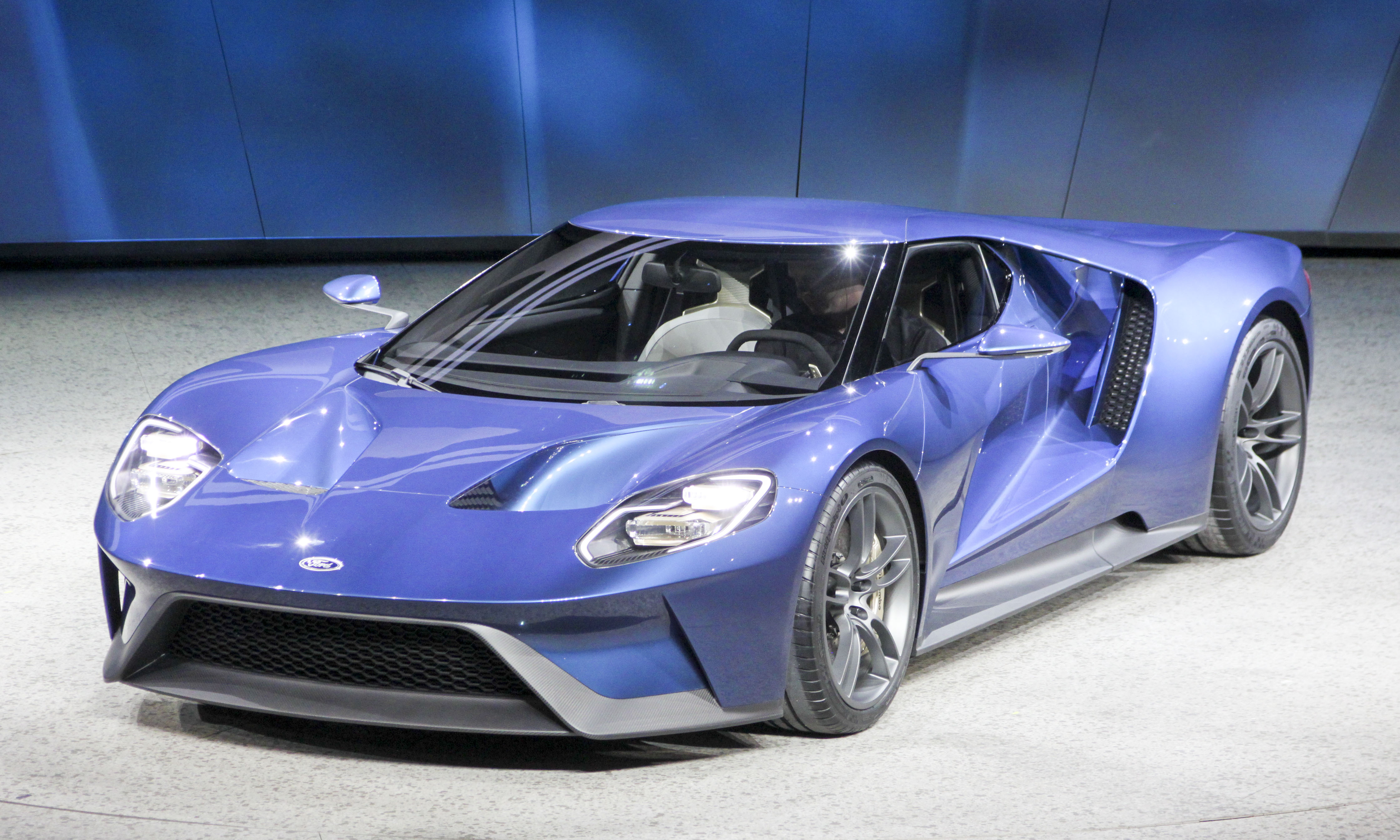 Ford GT
It’s not easy to steal the show in Detroit, but Ford achieved this feat hands down when they drove the all-new GT onto the stage. This lightweight supercar sports the most powerful EcoBoost production engine ever — 600-plus horsepower out of a twin-turbo 3.5-liter V6. The mid-engine rear-wheel-drive GT hits the road next year to celebrate the 50th anniversary of Ford GT race cars placing 1-2-3 at the 1966 24 Hours of Le Mans, beating archrival Ferrari at the endurance race they had dominated for many years. 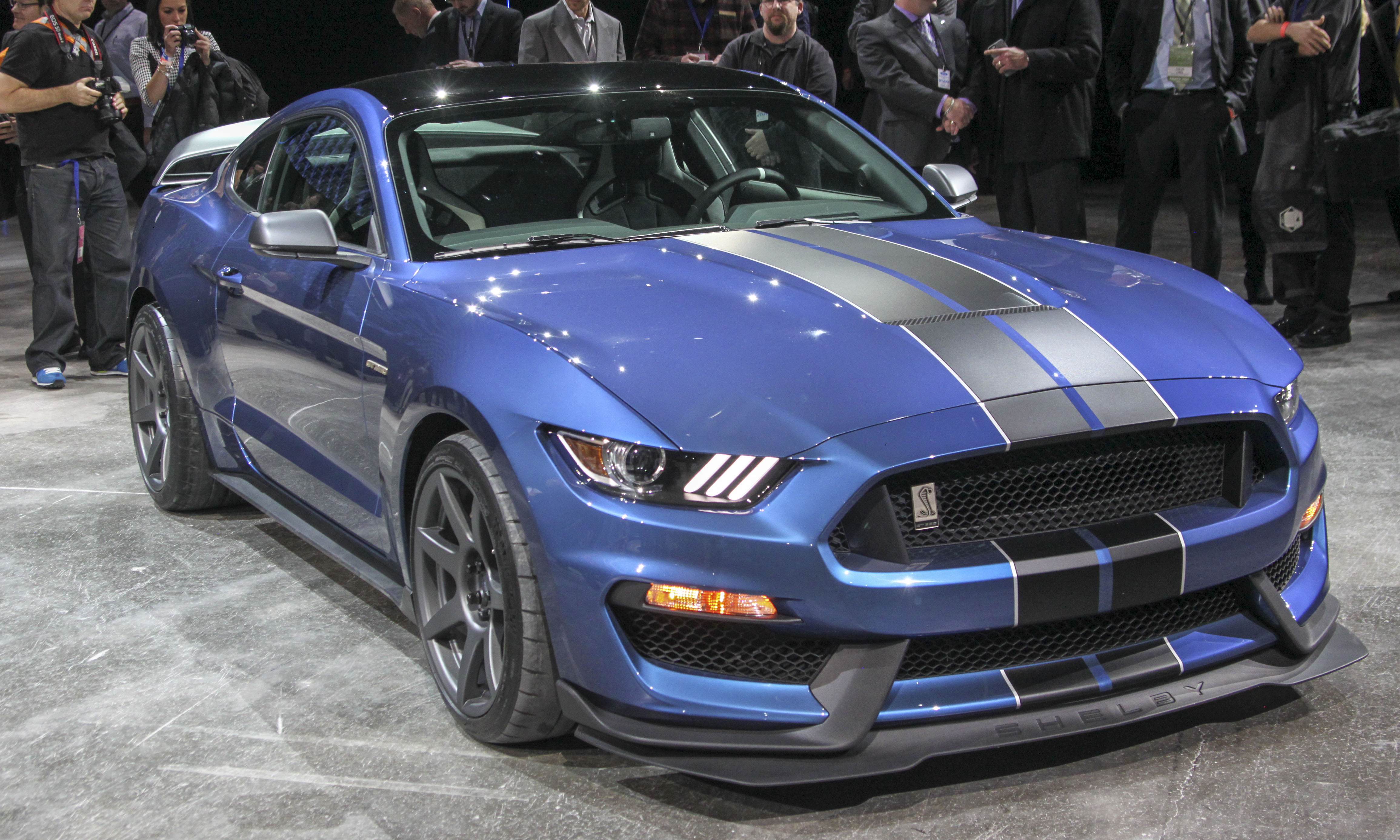 Ford Shelby GT350R Mustang
At the Detroit Auto Show Ford debuted the meanest Mustang so far — the Shelby GT350R. This limited-production, road-legal, track-ready pony car is and is ready to go head to head with the Chevrolet Camaro Z28. In the interest of maximizing performance, the GT350R excels in aerodynamics, chassis engineering and light-weighting. Add to that the most powerful naturally-aspirated V8 Ford has ever produced and you have one exciting, scary Mustang. Coming soon to a street and/or track near you. 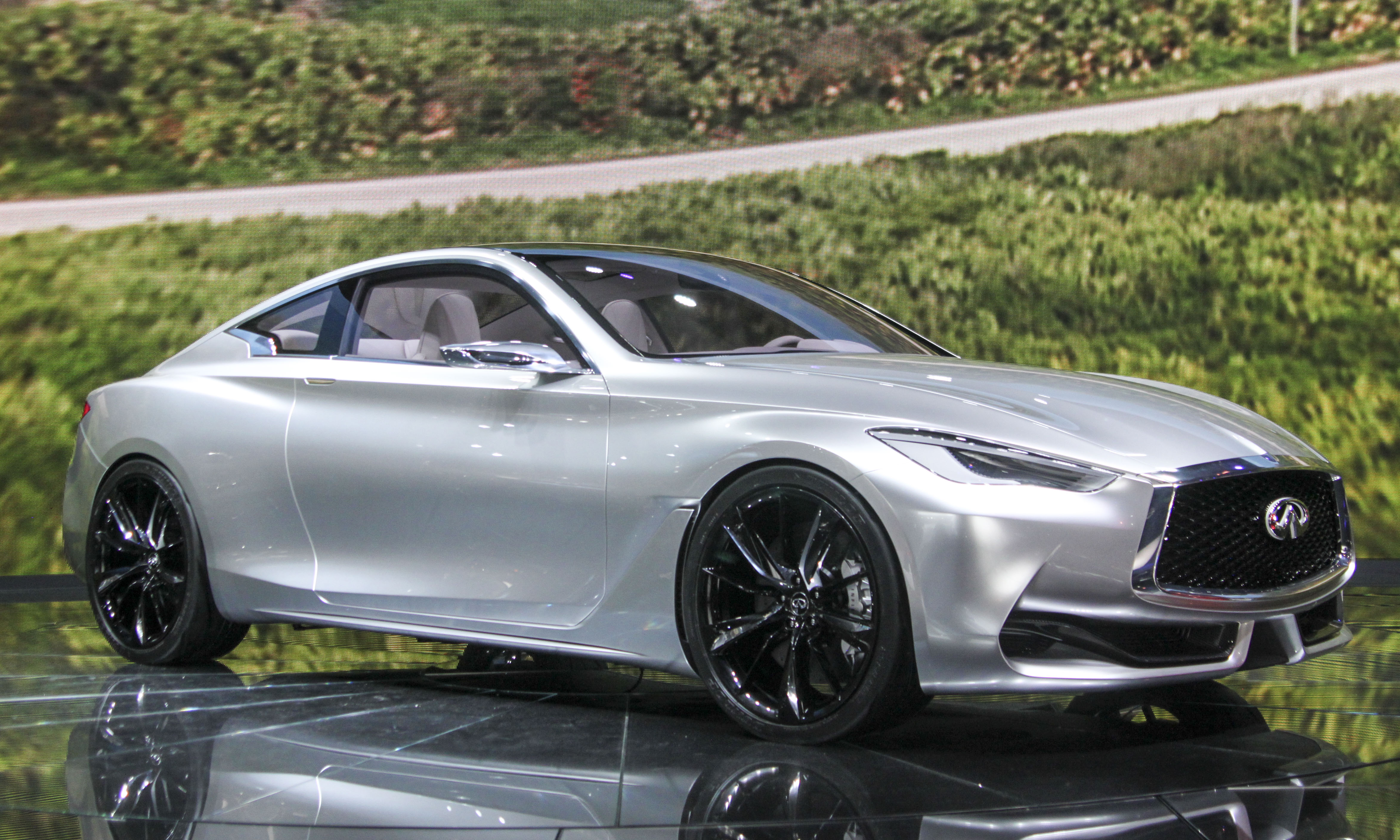 Infiniti Q60 Concept
When the Q50 replaced the G35 sedan, Infiniti renamed the G35 coupe the Q60, but the styling was still from the old G. It looks like Nissan’s premium brand is going to fix that based on the sexy Q60 Coupe Concept shown in Detroit. Styling fits with the rest of the Infiniti lineup — and that’s a good thing. With sleek lines and 2+2 seating, this concept looks ready for production. Infiniti will only say that a new sports coupe is coming next year “with influences from the Q60 Concept.” 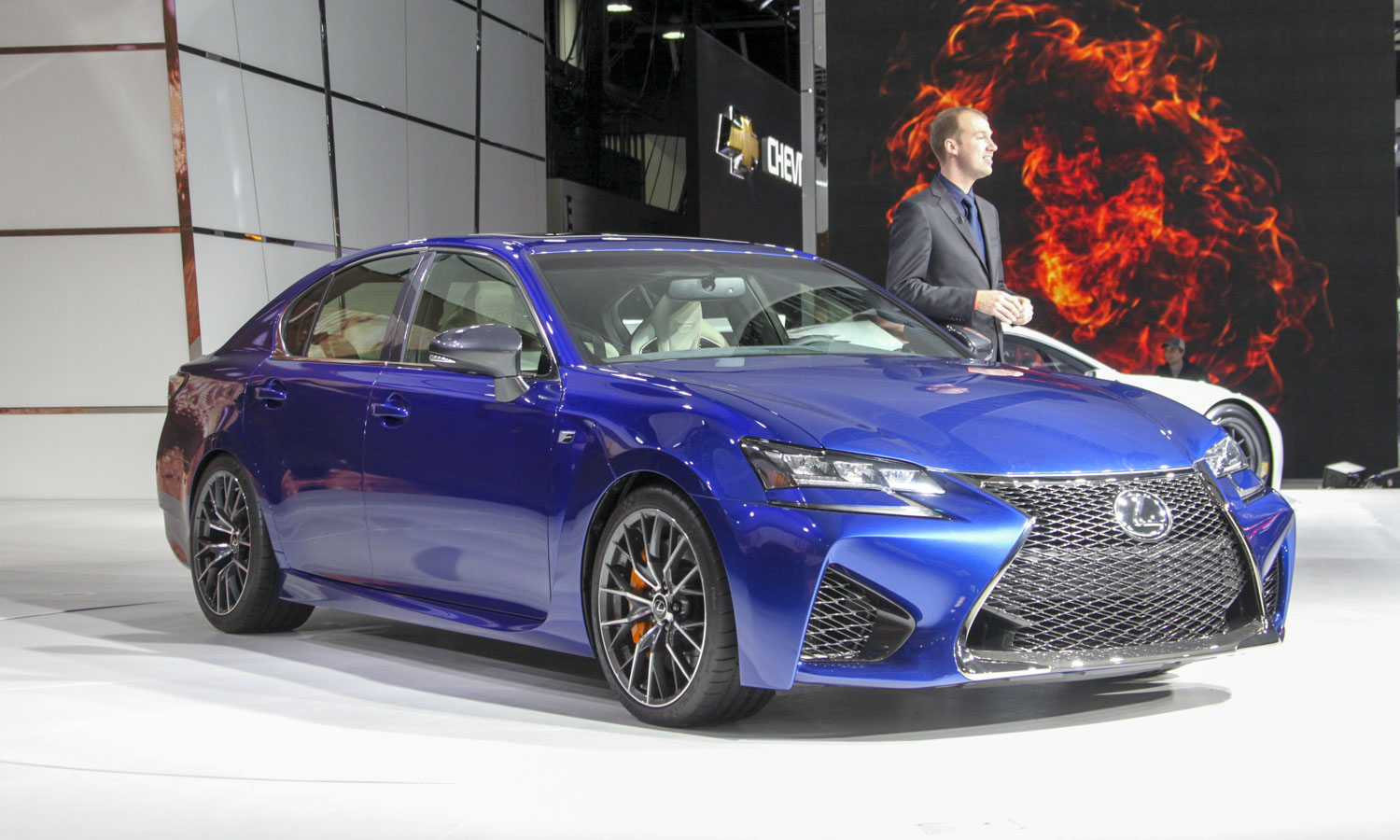 Lexus GS F
Just as Mercedes has AMG, BMW has ‘M’ and Cadillac has ‘V’ to designate their high-performance offerings, Lexus has ‘F’ to delineate its power line. And the latest model to wear the ‘F’ badge is the all-new Lexus GS F sports sedan. As with those other lettered models, the GS F takes the luxury you expect from a Lexus and turns the performance up dramatically. The GS F is extremely quick thanks to its 5.0-liter V8 that puts out 467 horsepower and sports a custom suspension to make proper use of that added power. 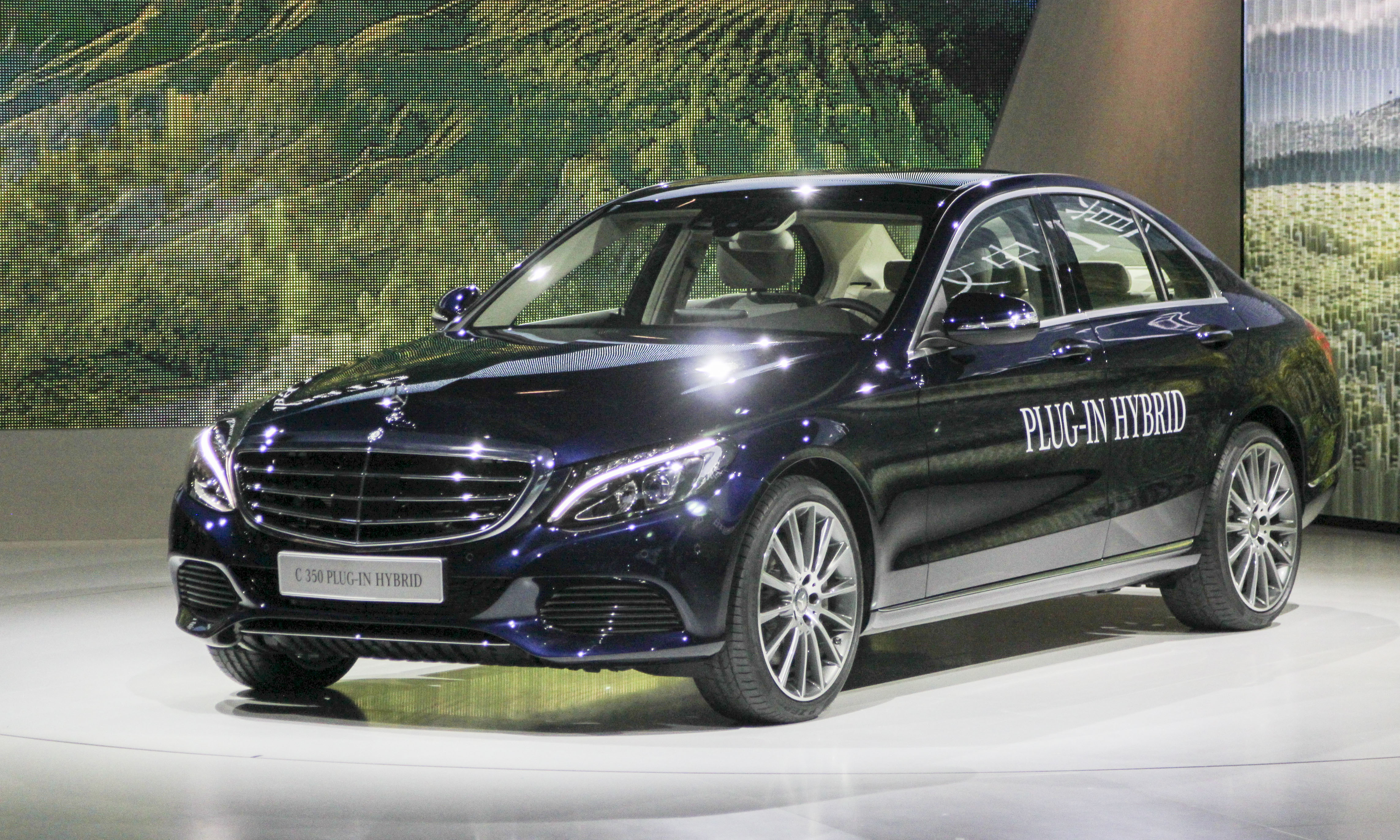 Mercedes-Benz C350 Plug-in Hybrid
Mercedes-Benz has been able to post impressive fuel-economy stats with a number of diesel and hybrid models, and now the German company has one more fuel-efficient offering: the C350 Plug-in Hybrid. Official fuel-economy numbers have not been released; however, the E400 hybrid gets up to 29 mpg and we expect the C350 to beat those numbers. This plug-in can go up to 20 miles on electric power only, and combined gas engine and electric motor output is an impressive 275 horsepower. Sales will start this fall. 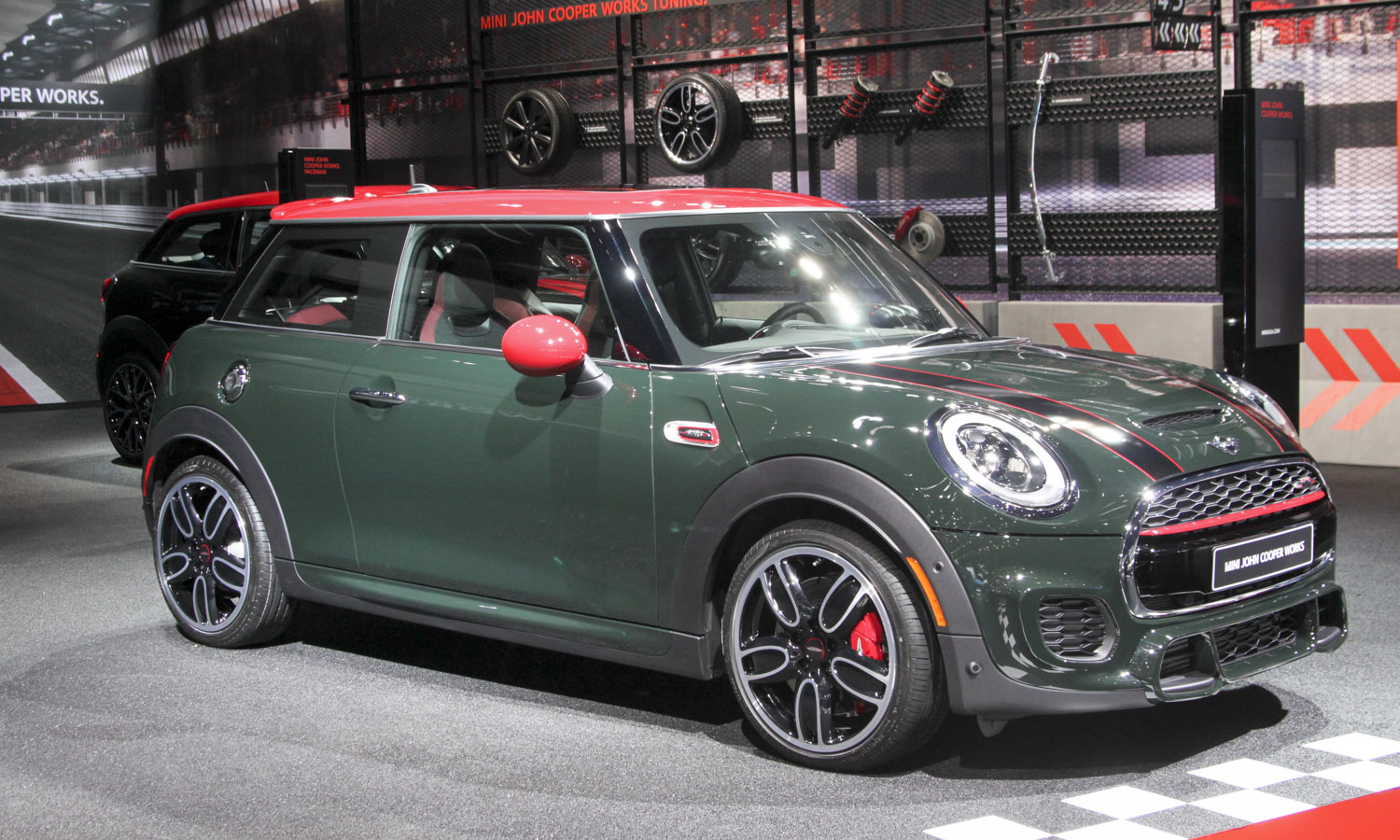 MINI Cooper JCW Hardtop
A year ago the MINI Cooper had a major refresh, and in Detroit the latest version made its debut. The MINI John Cooper Works Hardtop takes the already-fun MINI driving experience to a whole new level. In addition to its 228-horsepower turbocharged engine, the JCW features a sport suspension, Brembo brakes and special light alloy wheels. To make sure other drivers know what you have, the MINI JCW sports an aerodynamics kit, large air inlets and a sporty interior. Pricing for the JCW hardtop starts at $32,300. 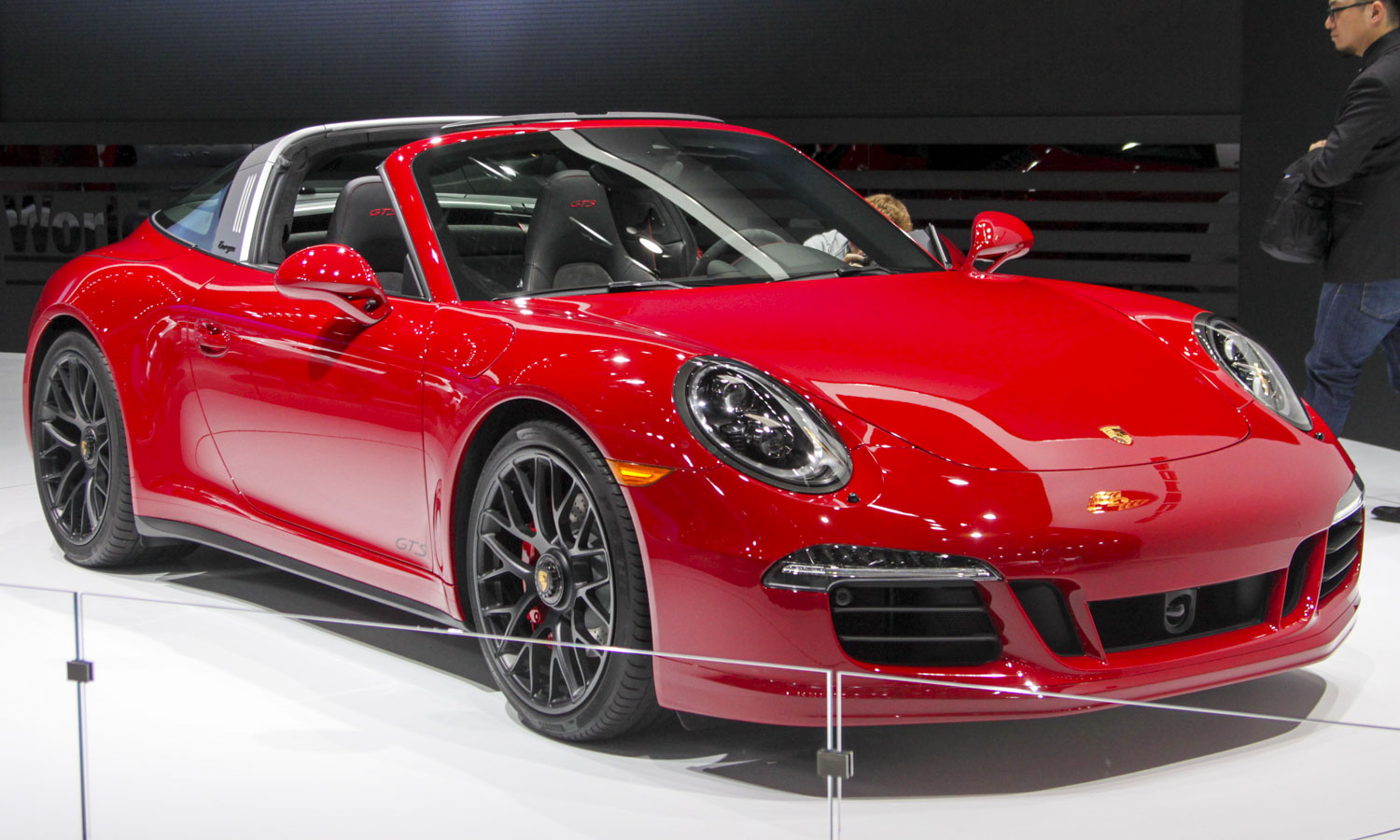 Porsche 911 Targa 4 GTS
To mark the 50th anniversary of the 911 Targa, Porsche introduced the latest version of the iconic open-air sports car — the Targa 4 GTS. In addition to the fully automatic top, the Targa 4 GTS features the stability of all-wheel drive as well as the 430-horsepower engine found in the GTS coupe. Able to spring to 60 mph in just over four seconds and on to a top speed of 186 mph, the Targa 4 GTS will redefine that wind-in-your-hair feeling. The GTS should roll into showrooms this April, with a starting price of $132,800.